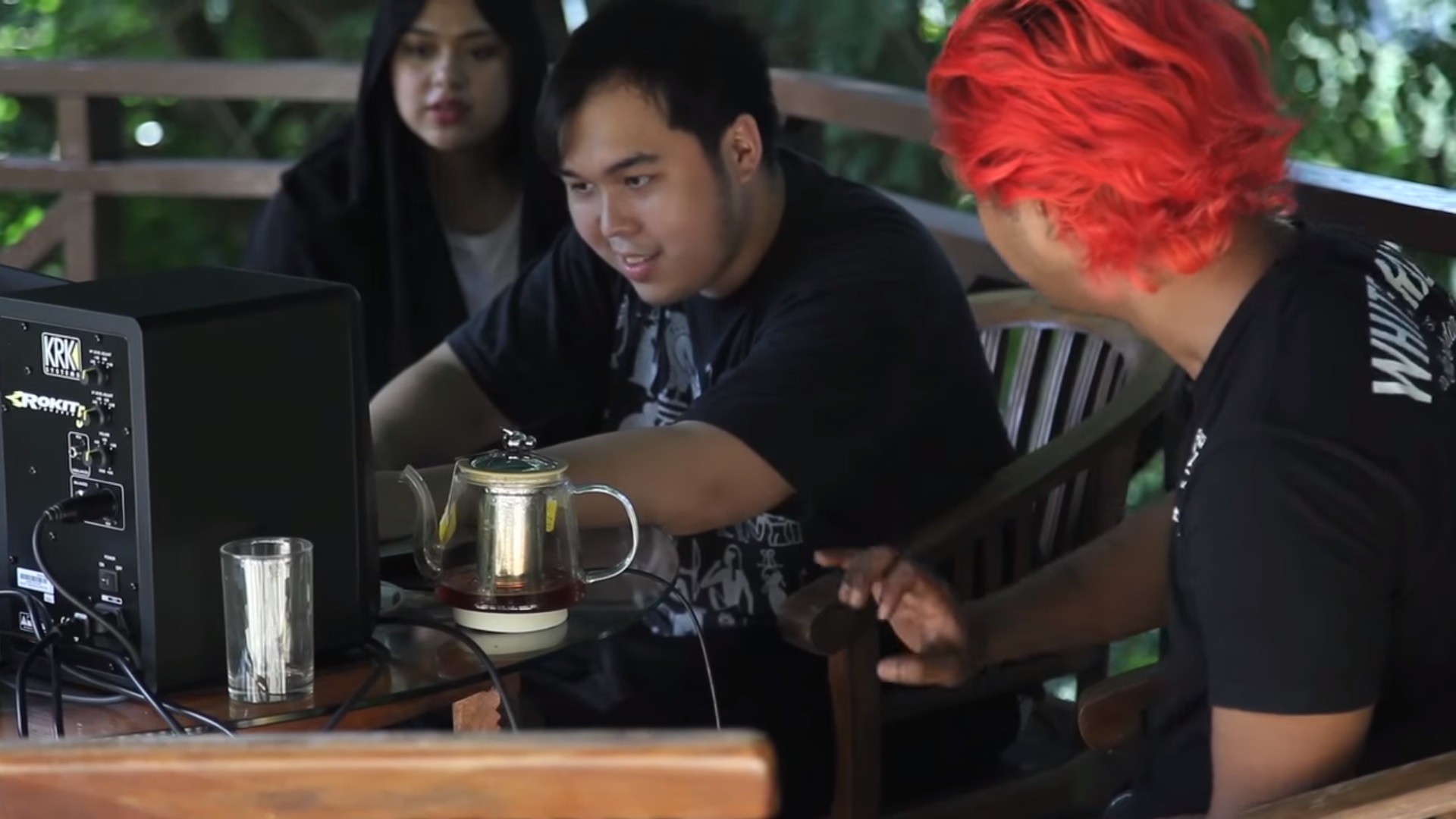 Started by the men of Bass Sekolah (comprising of CEE and Darren Ashley), SoundLab is an initiative by Detour Asia, Goethe-Institut Malaysia, and BorderMovement that brought together 15 diverse musicians, singer-songwriters, and producers from the Asia Pacific, Australia, New Zealand, and Germany to the lush jungle resort in Seremban called The Dusun. The initiative has even received international attention from the likes of VICE‘s THUMP and Complex. With no guidelines or restrictions and only the vast jungle serving as the primary inspiration source, eleven songs were produced from the sessions. Unsurprisingly, the mood of the compilation hangs in a serene and tranquil state even as most of the songs don’t adhere to the same genres or styles. There is a constant though: Elements of the jungle such as water trickling down a stream or just the general acoustics and activities in the dense, abundant area are utilised.

‘Follow’ and ‘On Hiatus’ see two soul songstresses namely Najwa Mahiaddin and Singapore’s Vandetta demonstrating their respective lush tones. Then with ‘Withdraw’, you’d have to wonder what had compelled Nadia Reid and CEE to write this tremendously depressive song, but Nadia sings her cathartic words beautifully. There are some more uptempo tracks that rattle the relaxed sensibility of the compilation – for instance, ‘Above Seremban’, where Born In Flamez and Space360 manage to create a contained club din on the track, and ‘Everday DizzKo’ on the other hand, is reminiscent of Battles where one can hear Bassment Syndicate’s Fook adeptness on the bass. Nearing the end of the compilation, take a listen to ‘Meikhtila’ where Burma’s Darko C‘s and Najwa’s individual voices reverberate on this duet. Finally, ‘Sora House’ – the song that includes the most hands of the invited artistes – is a subtle closer that eventually progresses into a bright, euphoric ending.

Listen to the entire compilation below:

Watch the documentary’s trailer below:

Keep up to date with Detour Asia for more events and news on SoundLab.