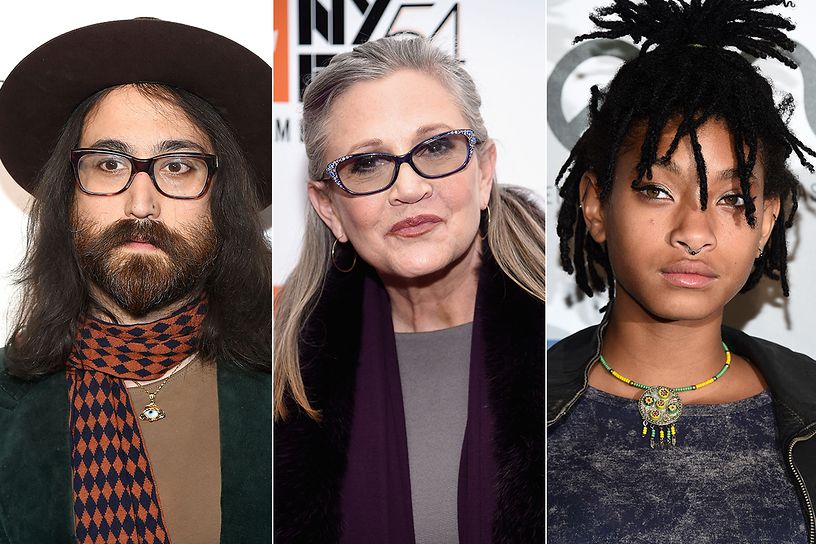 Solo artist Sean Lennon, the son of Yoko Ono and John Lennon, has released a new song on Soundcloud. Co-written with the late Carrie Fisher, otherwise revered as Princess Leia by fans; the actress had many other talents and was widely known as an outspoken comedian, an activist for mental health and a best-selling author. Who knew Fisher was an amateur songwriter as well?

Well, Fischer’s musical talent may very well be derived from her father Eddie Fisher. Her mother, Debbie Reynolds had always hope for her to be a singer like her father.

In a touching scene from the documentary Bright Lights: Starring Carrie Fisher and Debbie Reynolds, released a week after the pair’s passing (one day apart from each other last Christmas), Reynolds gets emotional while narrating a video of a teen Fisher belting a ballad live onstage.

“Isn’t that a great voice? I wish I had it,” she says through tears.

While releasing the song, which also features vocal from Willow Smith (sister to Twitter icon Jaden Smith), Lennon gave a bit of background to the collaboration:

“Carrie and I wrote this song years ago. When she died I just felt I had to record it. This is only a demo unmixed, we only had a few hours to record it. But the lyrics she wrote with me I think are marvelous. Carrie and I used to stay up til dawn chatting and pontificating about life. They were my best moments. Anyway… we wrote a song about staying up too late and hearing the birds sing. Willow Smith is a prodigal angel and was generous enough to lend her golden voice to this little tune.”

‘Bird Song’ with its haunting swaying slurs captures the essence of heartache in the most beautiful way with a little bit of Sean’s father’s influence on the piano.