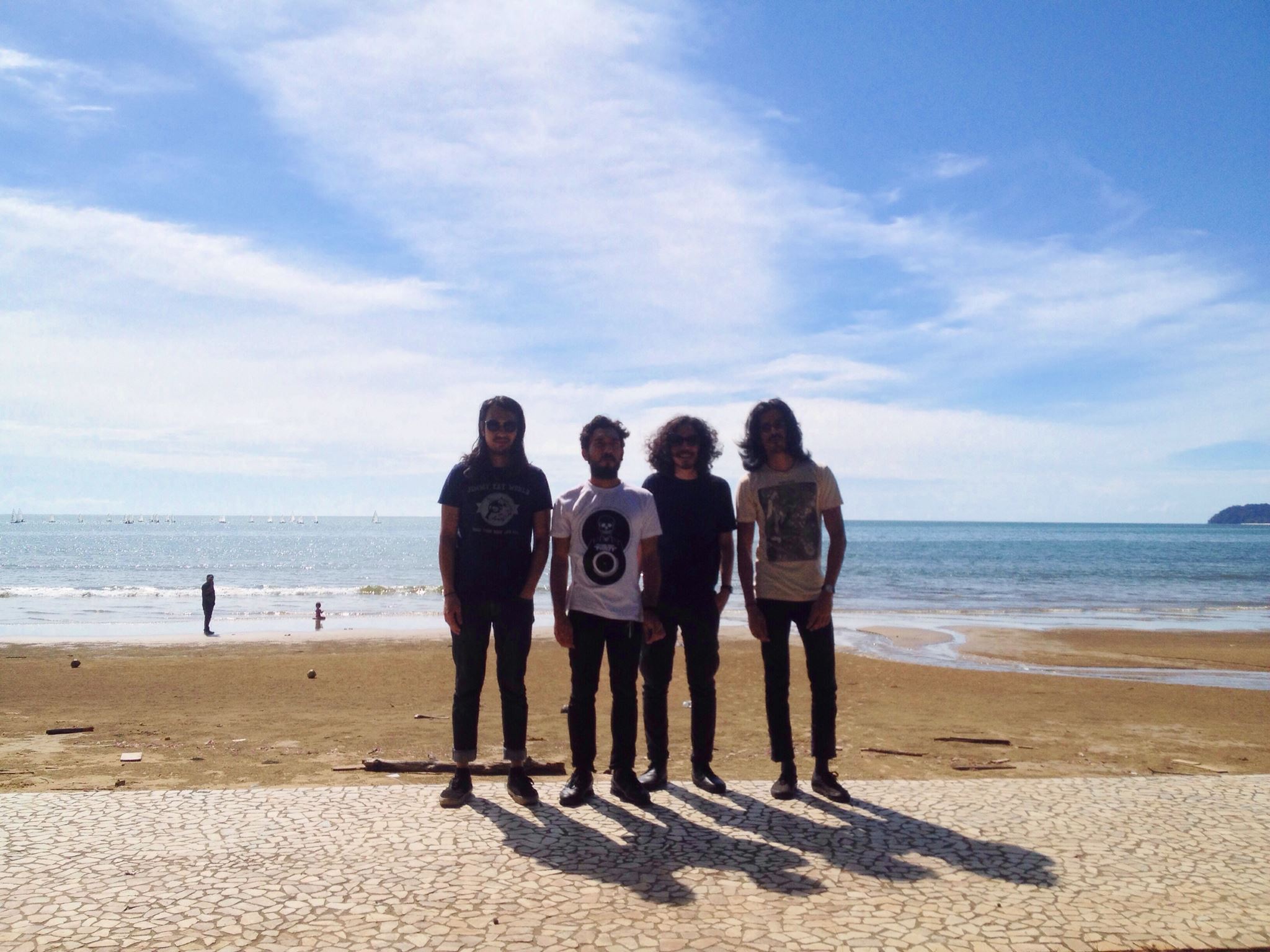 You may have remembered about Killeur Calculateur’s Book of Flags remix project when they first dropped Adam Kasturi’s remake of ‘Funk Facts’ last March. In the coming weeks since then, the post-punkers have released remixes by VMPRMYTH, Spacebar (Irman Hilmi), Sudarshan, Mysteriz, and JUICE‘s own flica (aka Euseng Seto), rounding up the tally to half of the 13 announced remixers (still awaiting Assad, Dizkopolis, DJ Bawang, Half-court, Mailer Daemon, Max Lane, and Moslem Priest).

Akhyla’s figurehead VMPRMYTH imbues old school d’n’b sensibilities into ‘Red Marquee’ while KL’s d’n’b pioneer Irman Hilmi — billed under the name of his group, Spacebar — does the opposite with ‘The Suit’; the track is the closest to the original out of all six remixes so far, retaining its rock sound with only subtle electronic embellishments (thankfully, since it included the dreaded dubstep wobble as well). Noisician, genre polymath Sudarshan stretches ‘Ghost of Regret’ to an eight-minute-long surrealist epic — ever the Dada advocate, Sudar rearranges the track’s stems in the same way William Burroughs used the cut-up technique to create whole new texts, sometimes bordering on the nonsensical. Definitely a favourite of ours from this collection. Mysteriz isn’t a familiar name to JUICE, however his take on ‘Mess History’ reveals an aesthetic not too dissimilar from one of our favourite labels out there; Fade to Mind. Finally, flica does the impossible — end track ‘Good Things Don’t Last Forever’ is transmogrified into a lowtemp ambient track à la Tycho.

Listen to the remixes thus far below:


Listen to the original tracks here.