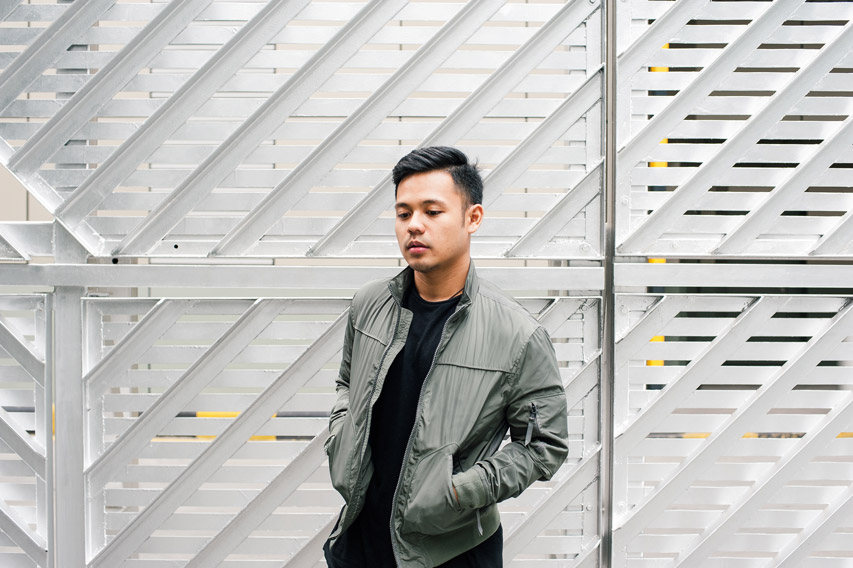 Though it was reported in our Detonate story that hip hop producer Emir Hermono‘s third record Karma Kisses would be released on his fiancée’s birthday last December, that didn’t exactly pan out. No matter, the album is out now in the month of romance. If you read the story, you’d discover that Karma Kisses is the last addition to the three-part love story of his life, following his beat tapes Beats and Breakups and Songs About Her. We were alluded to the thematic nature of this album by its previously released singles ‘SUMDIMDUM‘, ‘SUM12LUV‘, and ‘BUNA’, but there are other tracks on this 12-song LP that are worth noting too, such as the collaborative track with Shelhiel on ‘SUM12HOLD’ that weaves in and out of downtempo production and big pop drops with soulful r’n’b vocal that reminded us of Abel Tesfaye. And then there’s ‘Tersengat’ with new waver Leo Ari that swathes you in a fuzz of harmonies and beats — Leo makes for a very good r’n’b singer, who knew? The instrumentals are commendable, especially the pitch shifted vocal sample of ‘Masih Sendiri’ and the sweet-natured ‘Tirai’ that ends in an unexpectedly grimy way. Generally, a feeling of delight and affection can be gleaned from the album, which is only apt when one falls in love. Look out for JUICE’s full review tomorrow for a more in-depth read.

Emir Hermono’s Karma Kisses is available for streaming on Spotify, Apple Music, and TIDAL. Purchase the album on iTunes or Bandcamp.