Heading to Tokyo last year had given JUICE a new lease of creative rejuvenation. We can’t comprehend how the local folks seem to be able to see things from such enigmatic perspectives, not just musically but artistically too – and no, we aren’t going to question it either. Alongside some of the best music events the city had to offer, Red Bull Music Academy (RBMA) had curated more than a few of the finer technologies-cum-installations the metropolis had seen in a while. Marvellously, all owed to Japan’s own artists of all disciplines. Placed where the public can interact with them, more often than not we felt like the proverbial bull in a city-sized shop… Famed for his world-renowned audiovisual installations – usually a taming of sounds and noises in their most unvarnished states juxtaposed with epileptic monochromatic optical exhibitions – Ryoji Ikeda draws from data and mathematical minutiae for his latest work of art, ‘TEST PATTERN [N°6]’, presented exclusively by the Red Bull Music Academy last year at Spiral Hall, Omotesandō. With this immersive showcase of light and sound, Ryoji ventures into industrial soundscapes and highly imaginative beat patterns that consummate exquisitely with the LED-enclosed space of the exhibition. This multi-dimensional piece is one of his most lofty and ambitious to date, and having visited it late in the night past 3am, we can’t say that we’re disappointed at all. Same goes to the other guests who experienced the Enter the Void mini-experience of the installation late into the night. 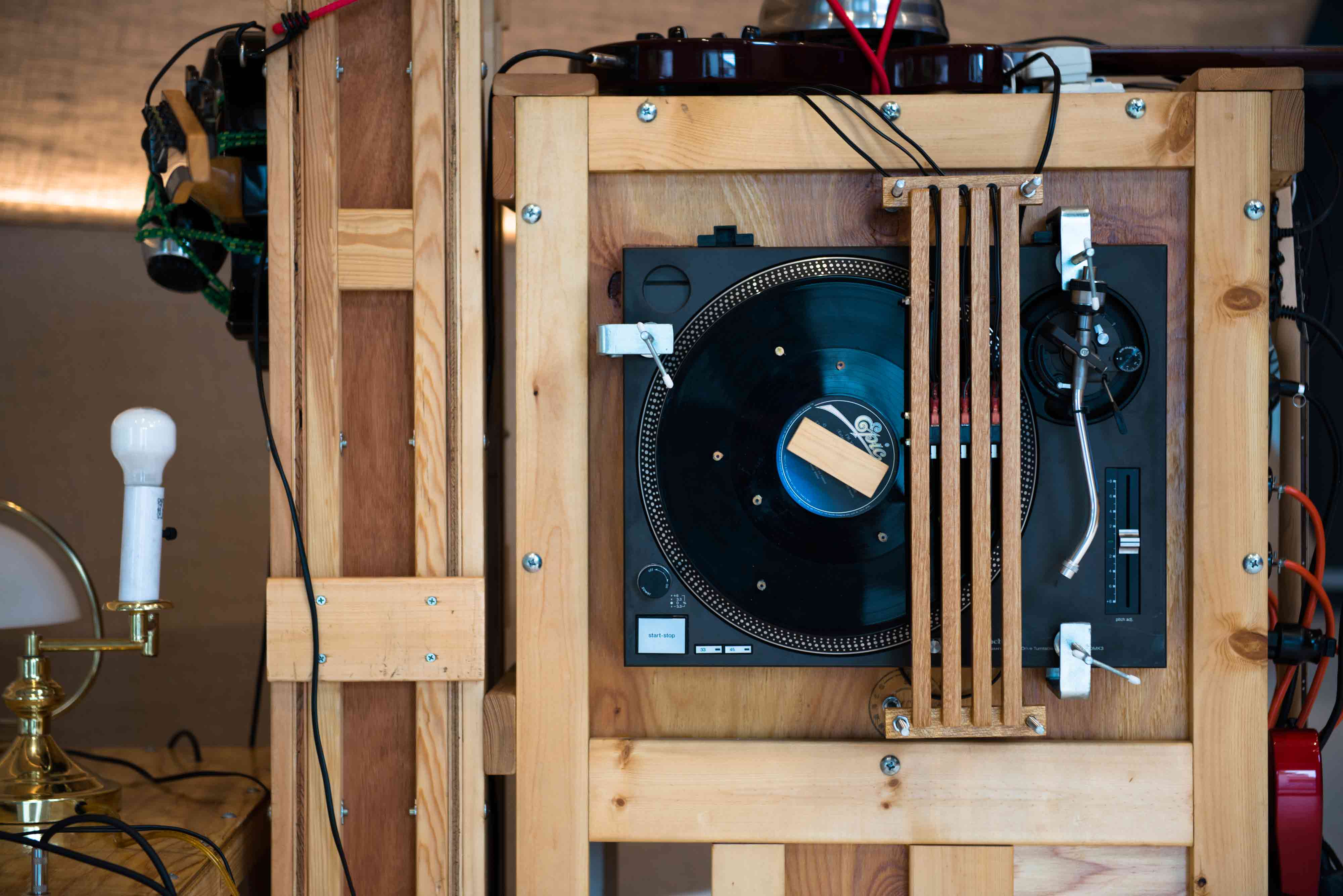 ‘The District of Plywood City’ takes Ujino Muneteru’s exploratory research of the material world into an elevated dimension. Since 2004, the artist has been working on ‘The Rotators’, which is an assemblage of discarded everyday items (brushes, televisions, blenders) musical instruments, light and wood, to create visual art installations that also produce complex rhythmic mechanical performances influenced by Japanese noise music. Ujino started this project after feeling blasé about the conventional tones of standard musical instruments, and decided to see what toying with mechanically simple household objects could result in. Positioned in the lobby of Red Bull Japan’s headquarters, ‘The District of Plywood City’ was as apt of a sculptural greeting card to the RBMA experience as it gets.

Sabine Schmidt explains it better than we do below for Art Forum ’10: In keeping with the collaborative ethos of the Red Bull Music Academy, Daito Manabe spearheaded the charge alongside KORG to create a life-sized synthesiser, which was placed on the streets of Tokyo for a whole weekend. The Rhizomatics programmed it to be simple enough for even kids to use intuitively, but not too complex that it would scare people away. An LFO knob on the beast was about the size of a hand, forcing people to work together to create something coherent – and that was all besides the interactive touchscreens that work like KORG Kaoss pads. The installation saw numerous people stopping by and working together to dabble with the tones and beats installed in the ‘Human-Sized Synth’ outside Parco in Shibuya.

Red Bull Music Academy is heading to Paris this year. More information on how to apply here.