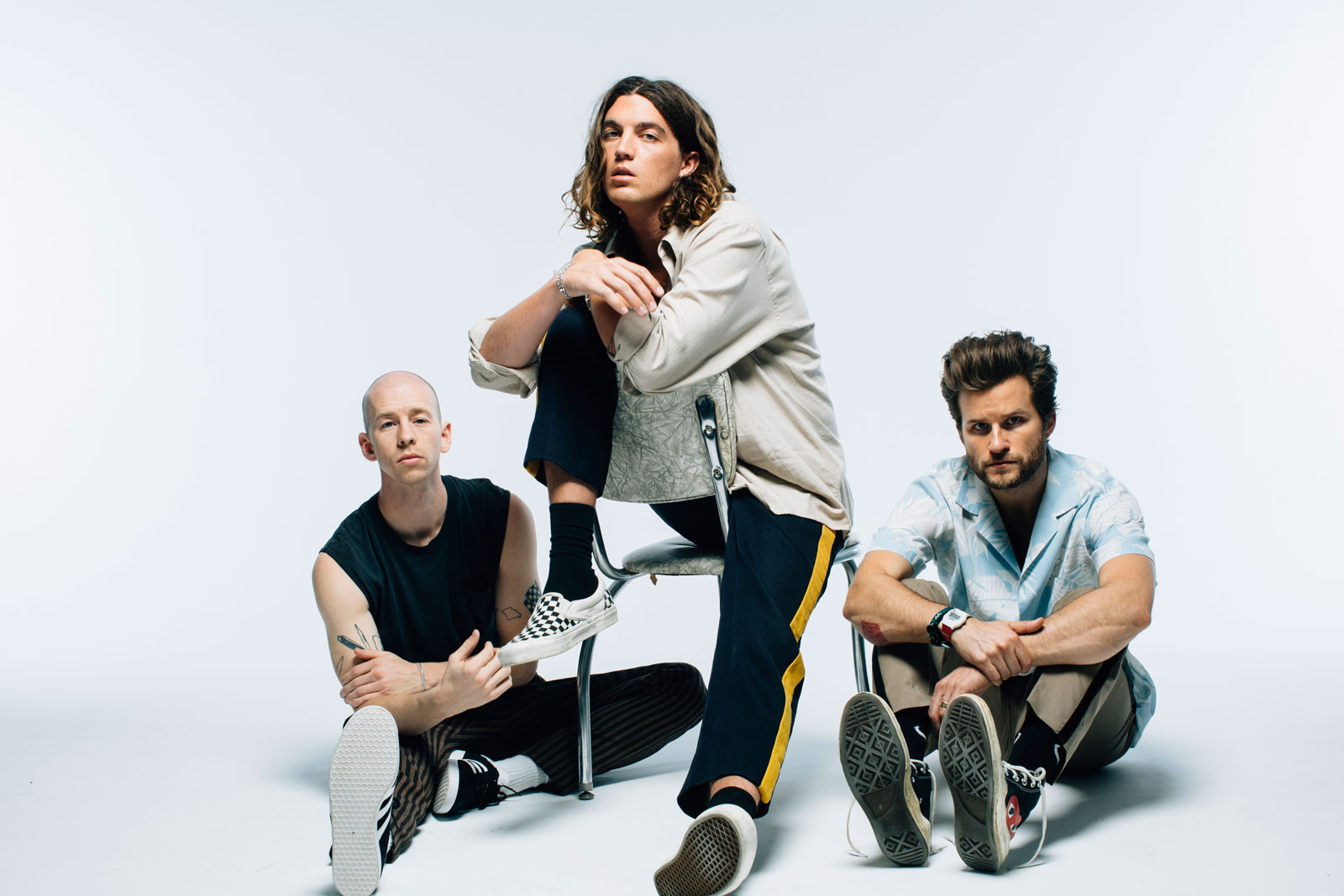 An acronym for Los Angeles-New York, LANY (pronounced “Lay-nee”) had aspirations of bringing their music coast to coast in the big US of A. Now, they’re travelling to Southeast Asia and to our land as part of the lineup for Good Vibes Festival ’17 this coming August – a huge milestone for the guys who began their humble journey as music students. Only four years old this year, the three-man-band consisting of Paul Jason Klein, Leslie Priest, and Jake Goss are further than being just amateurs, they’re multi-instrumentalists with a huge sense of familiarity with their audience. As seen on their official communication platforms, the guys keep their fans close to their heart, and they wear their heart on their sleeves through songs from their debut self-titled LP and EPs Acronyms, I Loved You, Make Out, and kinda. If you ever find yourself feeling some type of way after hearing a LANY song, then you’ve already fallen trap into the band’s spell, just as we were when we spoke to Paul ahead of the band’s first show in Malaysia.

The formation of LANY was casual. What was it like when you realised that this is it, this band is growing into something way bigger than intended?
Probably from the very beginning. just getting emails from record labels exceeded our expectations. Our initial dream or goal was to maybe one day play SXSW (a festival in Texas). Our ninth show ever as a band took place at SXSW.

You guys got to tour with the beloved/loved to be hated John Mayer, how’s that experience like? Must be a huge fan boy moment since you grew up with his music.
It was the best seven nights of my life.

“[The biggest struggle with touring is] problems you can’t solve over the phone with the person you love.”

Paul, you’ve mentioned before that you wanted to quit the band whilst on tour. I’m aware that touring does things to artistes, what’s the biggest struggle so far?
The long drives, the lack of sleep, the shitty living conditions, the fights or problems you can’t solve over the phone with the person you love.

When I listen to LANY, I think of road trips with friends. The quintessential adventure of being young also comes to mind. To recreate that, do you require a certain environment to enhance the creative process?
No, not really! Whatever you hear from LANY is just an outward expression of an inward position. I guess we’re just internally young and hopeful.

“I’m actually sorry that [‘The Breakup’] gives off fuckboy vibes.”

‘The Breakup’, in particular, gives me serious fuckboy vibes (that’s how I interpret it at least) but it is however extremely realistic. Care to elaborate on the backstory of that track?
Hmm… I’m actually sorry that it gives off fuckboy vibes. That wasn’t my intent. It’s about falling in and out of love and being super aware of the consequences of both.

Is your website the most interactive platform or do you have individual, say, Twitter/Instagram accounts where you respond to fans?
We run all of our own social media accounts. I think Twitter is where we engage with people the most.

“Look at the memes and the comedy. Our fans are the smartest and most creative.”

And you’ve also said that LANY fans are very creative. How so?
Look at the photos they post from the shows! Look at the artworks they make that reflect our songs and the sentiments behind them. Look at the memes and the comedy. Our fans are the smartest and most creative.

What’s the story behind the rose that is used on your debut album cover art? I see it across your website and merchandises too.
I wanted to have a ‘LANY flower’. I felt like a rose was the most noticeable and timeless. I found an image of one on the internet and hired an illustrator to draw it.

Spotify played a huge role in the growth of your band. As a quasi-millennial band whose fame is dependent on digital media like most upcoming artistes, how do you make sure that LANY stays authentic?
Well, our relationship with Spotify is very real, very genuine, very authentic. They’ve been with us and for us from the very beginning and both Spotify and LANY have grown quite a bit over the years. It’s been a mutually beneficial relationship, I think.

Y’all already started practising your Grammy speech. To be a big thing in the industry, most people form an alter ego to unleash this other side of them. What would be LANY’s version of a Sasha Fierce?
(Laughs) I’m not sure. I’ve never thought about it. I really like being me.

While you’re at it, there’s still a few more days until the closing date of our Good Vibes Festival giveaway contest. Already got tickets? Then read up on the acts you need to prepare for so you can sing along to some good tunes live.