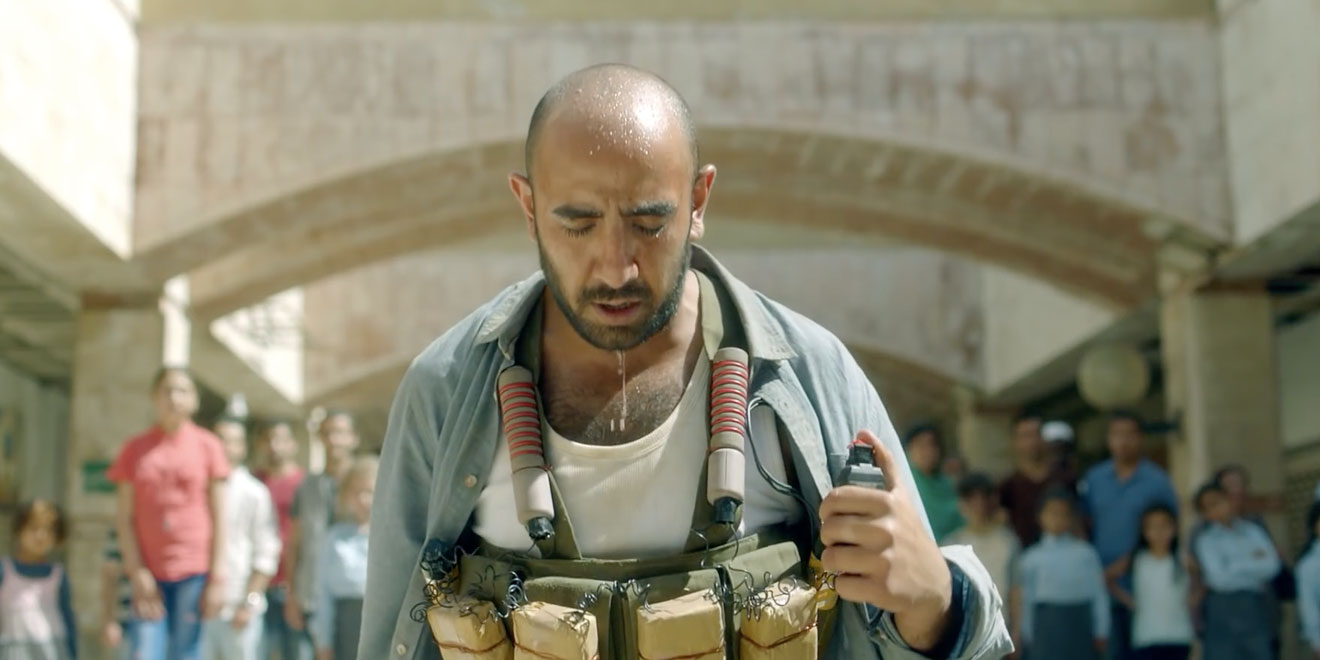 During the month of Ramadan, families in the Arab region get together to break fast and generally spend more time together at home. As a result, there’s a spike TV viewership during this period. Kuwaiti telecom company Zain, having done several popular Eid holiday ads in the past, decided to send out a different message this Ramadan.

The 3-minute musical ad starts with a man making a bomb in a dark room as a child laments, “I will tell God everything. That you filled the cemeteries with our children and emptied our school desks. That you’ve sparked unrest and turned our streets into darkness. And that you’ve lied.” As he makes his journey to his final destination, the suicide bomber is confronted with past victims of terrorism, a lot of them Muslims, including a boy who resembles Omran Daqneesh, the 5 year old who became a symbol of Aleppo and Syria’s suffering after he was pulled from a damaged building.

With sprinklings of lesser-known verses from the Koran, the message of tolerance and accepting the folly of your actions is clear. Our favourite line appears at 2:10 – “Let there be no compulsion in religion”.

The video ends amidst a scene of a wedding with a cameo from the actual surviving bride from a 2005 terrorist attack smiling at a newly married couple. The songs final lyrics are “Let’s bomb violence with mercy. Let’s bomb delusion with the truth. Let’s bomb hatred with love. Let’s bomb extremism for a better life.” The final frame proclaims, “We will counter their attacks of hatred with songs of love. From now until happiness.”

Recently, IKEA set up a damaged Syrian home right smack in the middle of one of their stores and Banksy opened up the Walled Off Hotel – “the hotel with the worst view in the world” – in the West Bank.