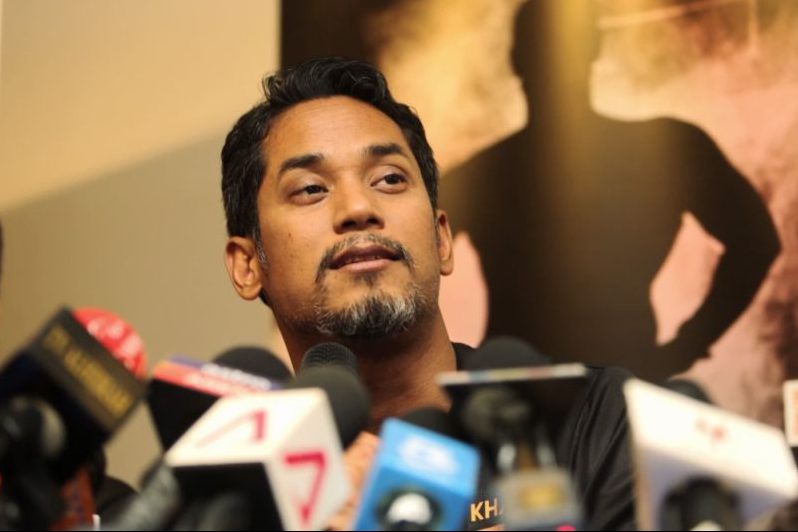 Umno Youth Chief Khairy Jamaluddin laid his cards down on the table today as he challenged Dr. Mahathir Mohamad to win GE14 (14th General Election) with a two-third majority now that social media exists in the digital era.

Consider the tea spilled, because Khairy proceeds to retell how BN achieved big victories during Mahathir’s rule. That’s when the tea turned a tad bit… sour.

“The mainstream media was controlled absolutely and alternative media was lacking. All the spin and stories were determined by Mahathir and anyone who dissented would be sent to prison,” said Khairy in a press conference.

There is no doubt that social media plays a huge role in the digital era, where everyone knows everything, and everyone has a say in everything. Khairy continues with his doubts about Dr. M’s abilities now with the presence of social media.

“If blogs and all kinds of social media existed in his era, I wonder if he still could have won a two-third majority as easily.”

He reminds Dr. M to be aware that times have changed, and things are no longer the way it was when he led the country from 1981 to 2003.

“Too many times he had boasted and reminded us of his success in winning five general elections, each time with a two-third majority. The nostalgic fairy tale is once again being hawked as proof that he is a popular and great leader compared to the current leader.”

“Those carried along by the nostalgic fairy tale forget that the political environment of the past is vastly different from the present.”

Here’s when the tea is spilled, and everything starts spiralling downhill as Khairy retells how the general elections were run back then, from 1981 to 2003.

“The ISA (Internal Security Act) became a weapon to detain individuals deemed a political threat without trial. The UUCA (University and University Colleges Act) was used as a barrier to prevent university students from speaking up.”

“A culture of fear was created in the party, government, and country. But now, he is talking like he is a saint and we are the ones who are cruel and dictatorial,” he added.

Khairy emphasises that the media was controlled with an iron fist during Mahathir’s rule, which was why BN could achieve big victories.

“There was no freedom of speech, whether from within or outside of the party. All the critical newspapers were closed… Political critics were arrested and thrown into prison during Ops Lalang.”

“When an enemy needed to be silenced, the Memali tragedy happened supposedly for reasons of national security. Courts were controlled fully and even the chief justice was removed without strong reasons.”

And the plot thickens… do you agree with the Umno Youth Chief? Share your thoughts with us in the comments section!