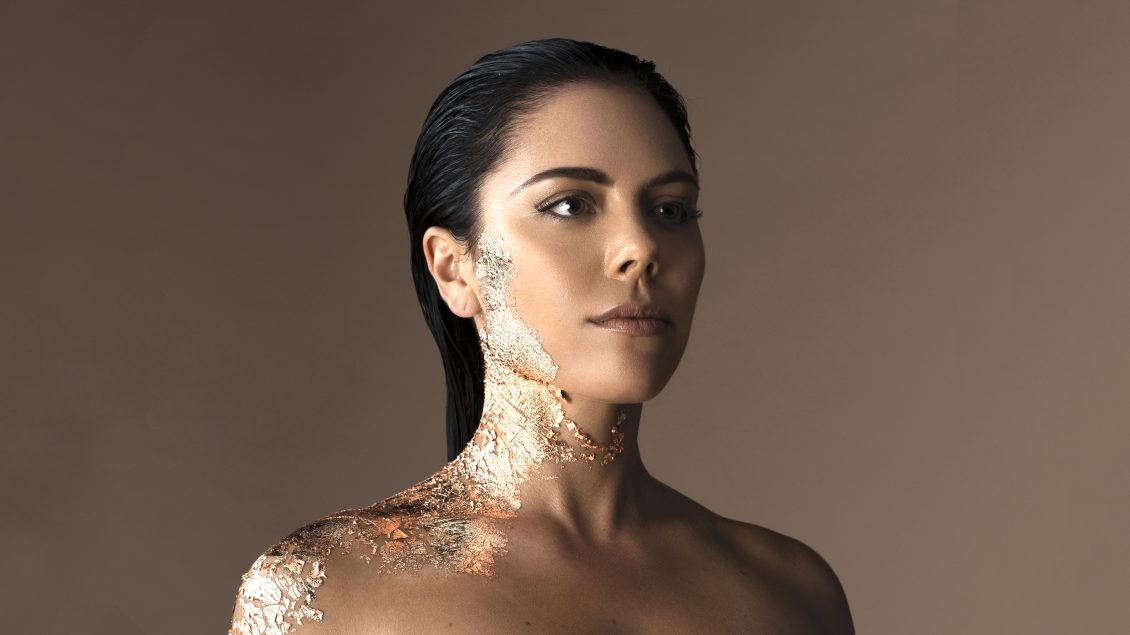 It’s rare to find a pop act that actually believes in the human spirit today. “If it’s not attention-grabbing antics then it’s not worthy to be on social media hence not worthy to be executed and far from worthy to be turned into a song,” says the marketing dude sitting in the corner decked out in Supreme gear. But despite the general slew of brazen acts demanding for 15 seconds of fame, there are still those who believe in the art of music as a healing tool.

Australian singer-songwriter-producer George Maple will be releasing her debut LP, Lover on 27 Oct. Her enchanting vocals that haunts over her nostalgic yet modern disco beats will make you reminisce over intimate events that you probably didn’t even have. Lover is a storytelling LP that gives you a “dancing under a thunderstorm” vibes. Chaotic yet serene, she amplifies her own observations and experiences of human relations while discovering the world.

With the newly-released video for her latest single ‘Hero’, she pays homage to being vulnerable and facing it headstrong with the reminder that we are all humans. That we shouldn’t fear vulnerability but instead embrace it and embrace others that are alike too. Or in her own words – “To just ‘be’ with someone, rather than trying to fix it or letting your own insecurities overpower the importance of the love you share. That’s the real heroism”.

Yes, we do talk about deep stuff here at JUICE…

Your music is considered electro-pop, but personally how would you describe your sound and do you think the genre of music you do will evolve anytime soon?
George
These day genres are so fluid and a lot of artist are working across the sort of traditional genres, and I like to think that I could do that to a certain extend, there are a lot of R&B influence and obviously, dance music. I love the idea that we can abolish the sense of being tied to one genre and to be influence by other mediums of art musically and visually. Evolution is in the horizon.

What track in Lovers has the most special place in your heart and why?
G
Definitely, ‘Hero’ which is the single. My team & I are so happy to chose it as a single ’cause it really means a lot to me. I wrote it from a real place and I really like the way it’s constructed and also the song-writing. Besides ‘Hero’, probably ‘Like You Used To’, but every track exists on the album because I’m happy with it. I think a lot of artiste feel pressured to put up a certain song on their album and I feel lucky to be having my debut in a place where I’m completely happy with it. My album took a long time and I think that it had evolved many times that it reached to a point last year that it was solid and felt complete.

How did you come up with the music video art-installation concept for ‘Hero’?
G Basically with all my videos, the more that I come to a new place in my career, the more involved I am in the visual side of things. I’m developing an understanding now. I had a concept that I wanted to portray and I really wanted to express the notion of vulnerability in an artistic form. I have friends that are very intertwined in the arts community and they opened the book for me in terms of other forms of art outside of music. We referenced Pina Bausch, who is this incredible performing artist. It opened a new chapter for me and I’m really interested in exploring the arts more. I feel limited in my knowledge, so I started venturing in the history of arts and different forms of artistic expression. This video is all about trying to express vulnerability in a form of it being subliminal. I’m really happy with what we came up with.

On your socials, you mention being “not ok” when writing ‘Hero’, how is it like showcasing the world your vulnerability through your music? What made you have the courage to show this side of you?
G I think letting go of fear. Fear is really what drives. It’s our fear of being judged, rejected, misunderstood and feeling isolated. It stops us from being honest most of the time. This last set of years, I’ve done a lot of exploration and I tried really hard to abolish my own fear. Fear limits us in so many ways and I really hope by abolishing it, I can be a better person for those around me and for the community. I want to focus on self-awareness in a way that is beneficial for other people rather than it be for ourselves. This is where I was at, it was hard but I got through it, figured it out and hopefully in the future, it would be easier because I’ve learned mechanisms that I’ve been honest and open about.

Do you have any plans to do an Asia tour?
G Yes, definitely in the works. No details yet tho.

Listen to her full discography here: