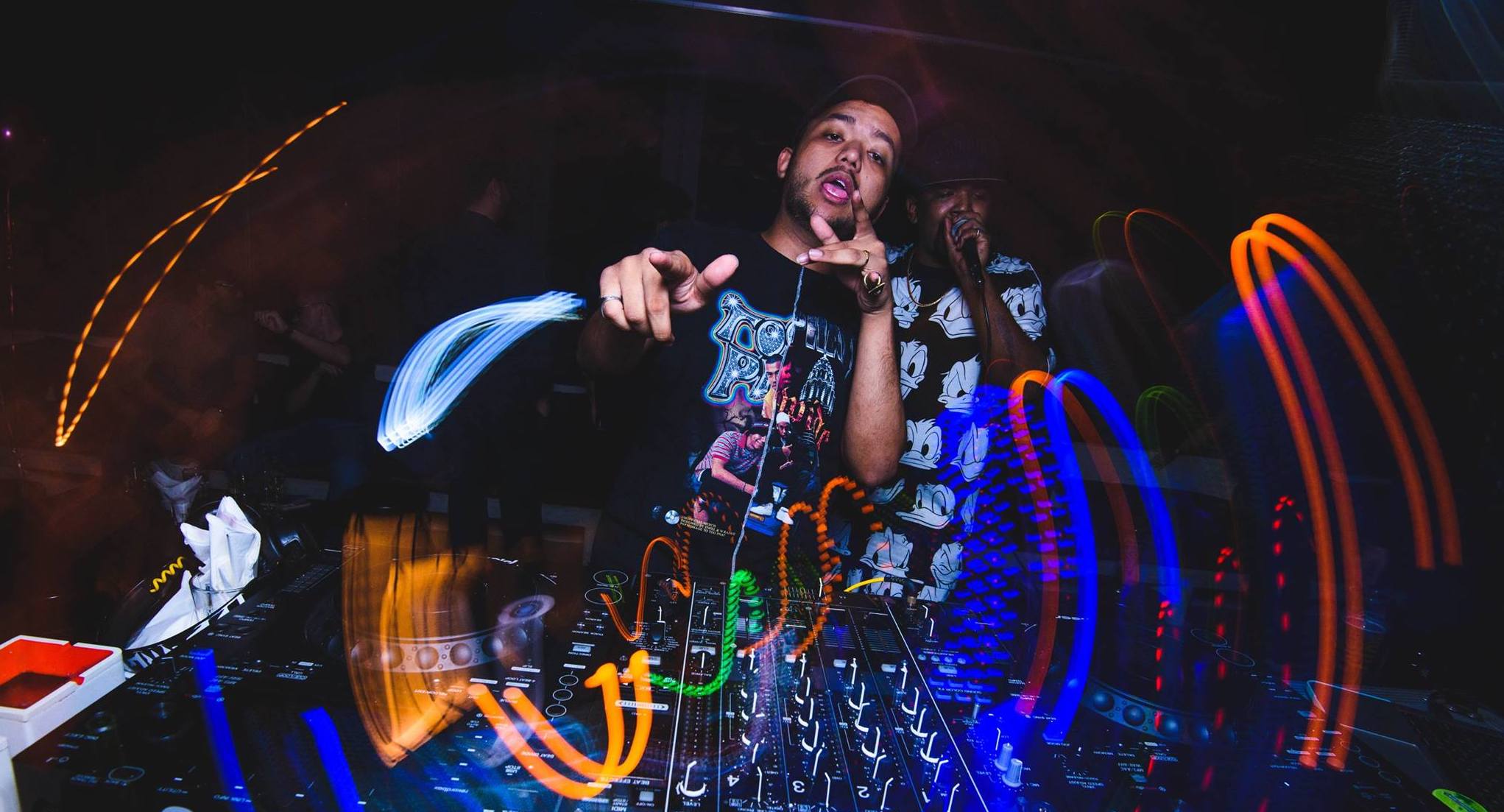 Urbanscapes 2017’s opening party – Urbanscapes x HOAX Vision: HOAX In The House – is just tomorrow night, so JUICE got in touch with Naufal, who will be on deck on the day, to give some of his recent favourites that we can jam to in anticipation of the country’s creative arts festival. Grab your friends, pour yourself a drink, and listen to some hip hop and techno as recommended to us by the young Bruce Wayne-cum-cofounder of HOAX Vision, aka the co-collaborator of the festival’s launch party.

Image All is Amazing

N: This song gets my day going. It’s on my current loop.

Taken from Yung Simmie’s album Simmie Season and produced by HIGHAF, ‘Shoot The 3’ unites two Florida rappers in a smooth exchange of words on top of trap beats and a sex-ed up jazz melody (check out the intro to know what we mean). Watch the duo flow together on a basketball court talking about strippers, money, and a different type of weed with no seeds.

N: It’s very hard to not like this song. Mike WiLL’s programming is always on point, and Kamaiyah’s bit in YG’s verse is pure genius — self-praise at its finest.

The title is self-explanatory, any song with big designer names means a rapper is about to brag about that good life. Serving you some sick bass on high volume, this is Migos’ third collaboration with producer Mike WiLL Made-It. Who runs the song? That’s totally up to you but we dig Offset’s verse on fucking thots. Though we can’t relate, we still think this track is lit.

N: Timeless. I can be sad, happy, epileptic all at the same time with this one. A HOAX VISION favourite.

One of the most renowned techno whizzes with a reputation – both good and bad – is Russian-born Nina Kraviz. While sexism in the electronic music scene is aplenty, Nina has a range of house and techno singles under her belt and one of the busiest schedules as an artiste in her scene. If you like the Regal 303 Remix of ‘Ghetto Kraviz’, you’d like the original house track filled with dark sexual energy.

A. Nayaka & Saesar – Hunnid on Dash

N: The beat bangs super hard and I’m just in the mood for heavy trap bangers. Shout out to the both of them, keeping Jakarta on lock.

“All this hip hop in Indo, I run the game to the end zone,” is the perfect opening to ‘Hunnid on Dash’. Full name Ariel Nayaka, you might’ve heard him on ‘Fuccboy’ and ‘For Real Williams’ off the same album, but this time around he’s spitting out bombs with Saesar of Preach Jakarta, a collective group of ‘New Hip Hop’ preachers. It’s hard and it’s catchy; it’s essentially a teamwork of Indonesia’s best.

Smokepurrp – Glock in my Benz

N: Smokepurrp’s been on a roll lately. He tries to be more “melodical” in this one, and it turns out to be alright. He gets a pass.

Lil’ Purpp is probably the only person who would rather buy a Benz than get friends, but no shame in that. Under the production wing of TM88 (the man who worked with Lil Uzi Vert on ‘XO Tour Llif3’), ‘Glock in My Benz’ was dropped as a tease to Smokepurrp’s latest mixtape Deathstar. It’s been an internet hype ever since its preview on Twitter, and in Smokepurrp we trust (though Naufal here isn’t as impressed).

Those are just, of course, Naufal’s picks. For HOAX Vision’s full curation, peep the below playlist via Spotify:

Urbanscapes x HOAX Vision: HOAX In The House hosted by U Mobile goes down tomorrow night at Urbanscapes House aka 2 Hang Kasturi. Unfortunately, it’s strictly by invite only, sorry guys.