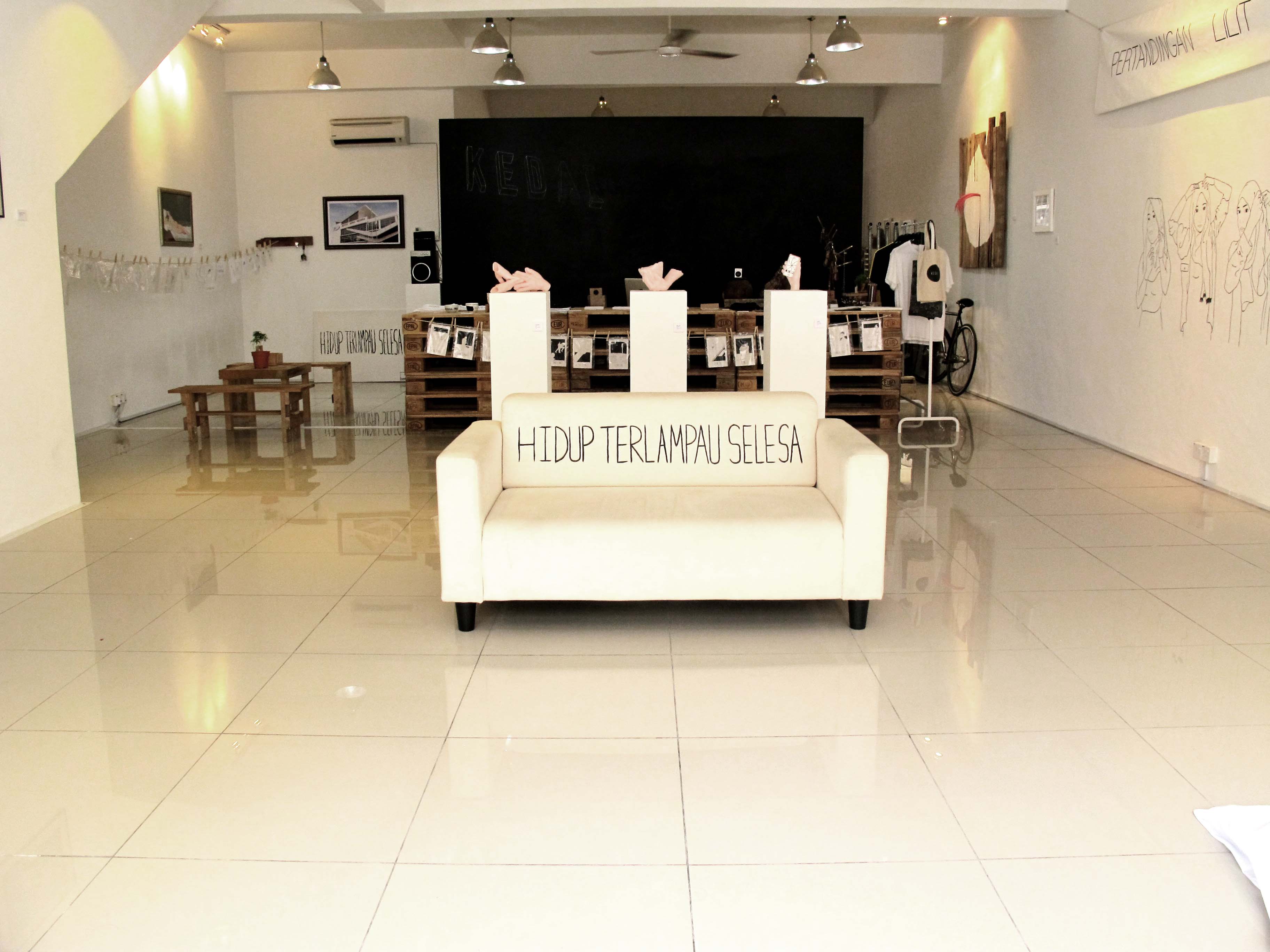 Engku Iman and Akmal Borhan’s first joint exhibition Hidup Terlampau Selesa (A Complacent Life) was the first foray into subversive art by Kedai, a newly-opened multidisciplinary alt. gallery-cum-workshop-cum-café. As curated by owners Izat Arif and Rizal Sufar, the showcase was given the kind of accessible flair that benefited from their advertising background – patrons from across Malaysia’s general demographics have viewed the exhibit despite its provocative discussion on the hidden taboos of Malay society. ENGKU IMAN
SOCIAL-GENDER ANXIETY
Self-taught artist Engku Iman’s collection confronts mundane taboos – issues that are seemingly non-existent in other modern societies – using the power of satire. Her works filter the absurdity of religion and gender politics through the prism of modern anxieties. Creating an array of dry satirical drawings that range from an index finger swiping a maxi pad to the left à la smartphone gestures (leaving a trail of menstrual blood in the process) to a hijabster adjusting her headscarf in a vain competition, Iman’s message isn’t always obvious on the onset, but it is nevertheless immediately palpable.

While Iman’s mediums of choice are predominantly drawings and graffiti, as adapted for the exhibit, her ‘Seni V-na’ series sees vaginal hand signs as wax moulds. One being a childhood game that consists of two pairs of clasped hands joined together revealing what resembles a repressed preteen’s idea of a vagina; a referential piece to the Hidup Terlampau Selesa’s central thesis and Iman’s frustration with our culture’s eurotophobia – our complacence in sweeping tabooed subjects under the rug. 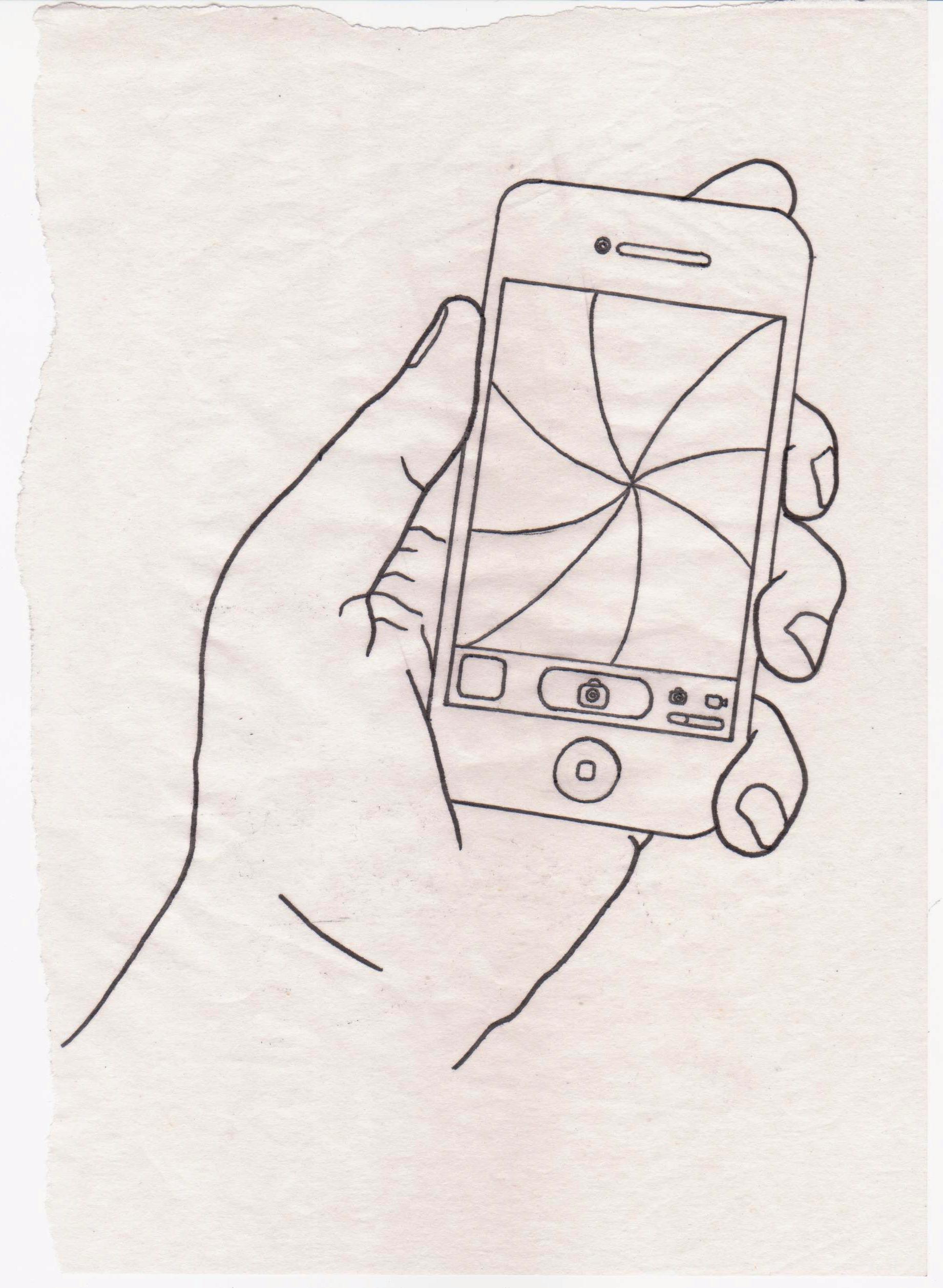 AKMAL BORHAN
FETISH FIXATION
Don’t expect a sterilised artist in Akmal Borhan despite him being academically trained; this Fine Art graduate from Malaysian Institute of Art is as countercultural as it gets. While Engku Iman assaults the hypocrisy of gender politics and arbitrary religious ruling on women, Borhan’s attention is firmly on the sexual (and seemingly sexual) goings-on behind closed doors.

Particularly fixated on the male body’s underarm, his collection sees a series of drawings that fetishise it in all manners. There’s less humour to be gleaned here, some are outright disturbing – what can be interpreted as depictions of child abuse, even – while others, as Borhan informed us, are not so much of a sexual act as they’re vestigial memories of being cradled by our parents as infants.

Borhan’s simple line drawings are reminiscent of the ‘90s underground comics; sexualised but never exploitative like some of Howard Cruse’s works. Often time seeming like stolen looks at the private moments of other people’s lives, the exhibit enhances the illusion by presenting his drawings through a peephole.