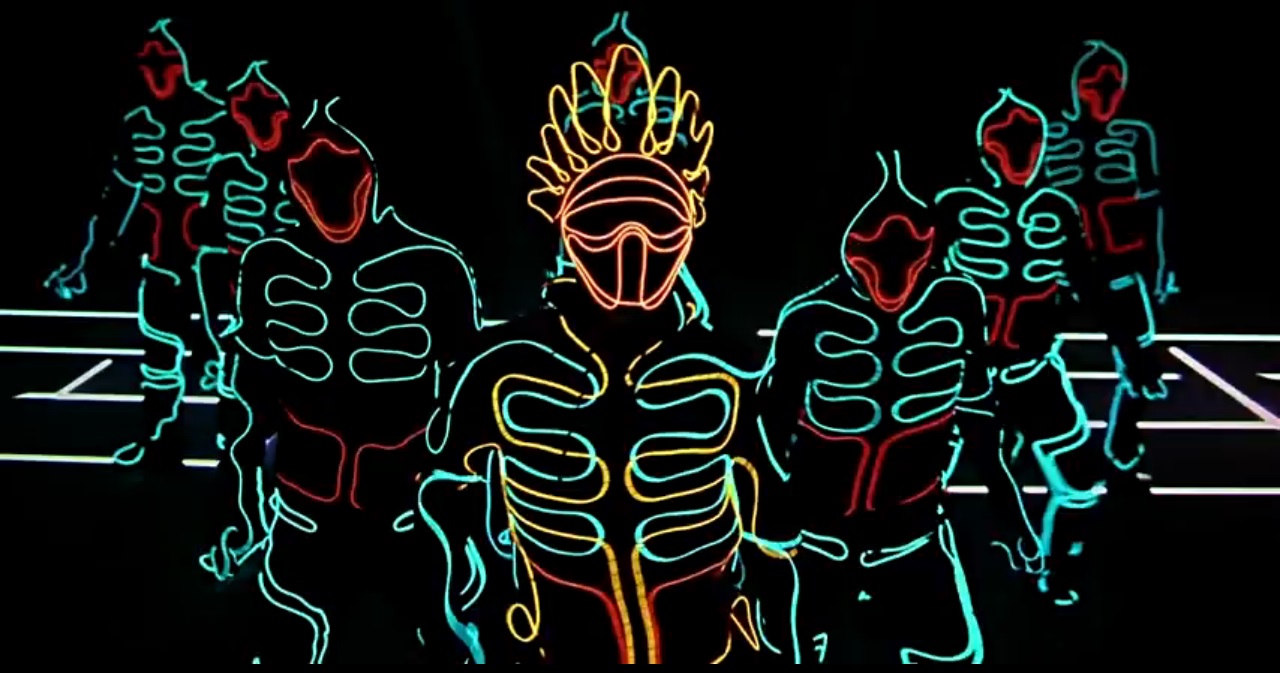 An intelligent fusion of music, dance, and technology, this Japanese eight-man dance team donning suits installed with electroluminescent wires are experts in teleportation. or they make it seem that way at least. With over seven million hits on YouTube and a television commercial with Sony Xperia, they’ve taken centre stage in the world of dance with their flawlessly timed choreography. Wrecking Crew Orchestra is currently wowing the Malaysian crowd with their fluent moves at George Town Festival for Circus Circus, which features Finland’s Race Horse Company, Thailand’s Bunditpatanasilpa Institute, and China’s Shanghai Starlight Acrobatic Troupe as well. Before they got to perform their pre-show rituals consisting of mental concentration exercises, JUICE got to ask them about… well, them.

How did the name ‘Wrecking Crew Orchestra’ come about?
Just like how several different instruments come together to form an orchestra, we got the inspiration for the name of our dance group from the concept of breaking down the common sense in the existence of things, then forming a new structure out of it.

What’s the main inspiration behind the design of your LED costumes, as it involves masks and headdresses as well?
There isn’t any major inspiration behind our costume designs. Our main focus was on expressing ourselves through our dance moves; therefore we came up with a design that would display the full outline of the body figure. With that in mind, we tried to display the skeletal structure and muscles of the human body by connecting it with the electroluminescent wires to make them seem like veins, giving the audience an image of a living creature rather than a robot.

Besides traditional Japanese culture performances, what are other major influences that play a role in the choreography of dance moves?
Our dance is based on the hip hop genre, so we wouldn’t say that the traditional Japanese culture played a huge role in influencing our routine, although there is a character with a horn that controls other characters. One of the parts of our choreography resembles the Senjū Kannon – the thousand-armed Buddha – and we believe that it is influenced by the mystical powers from the existence of Goddess of Mercy that lies deeply and unconsciously within us.

What would you say is the number one element in achieving the perfect dance routine?
Every dance routine requires the synchronisation of dance moves. Sharing the same interpretation of the impact and flow of the music with your fellow dance members is very important as well.