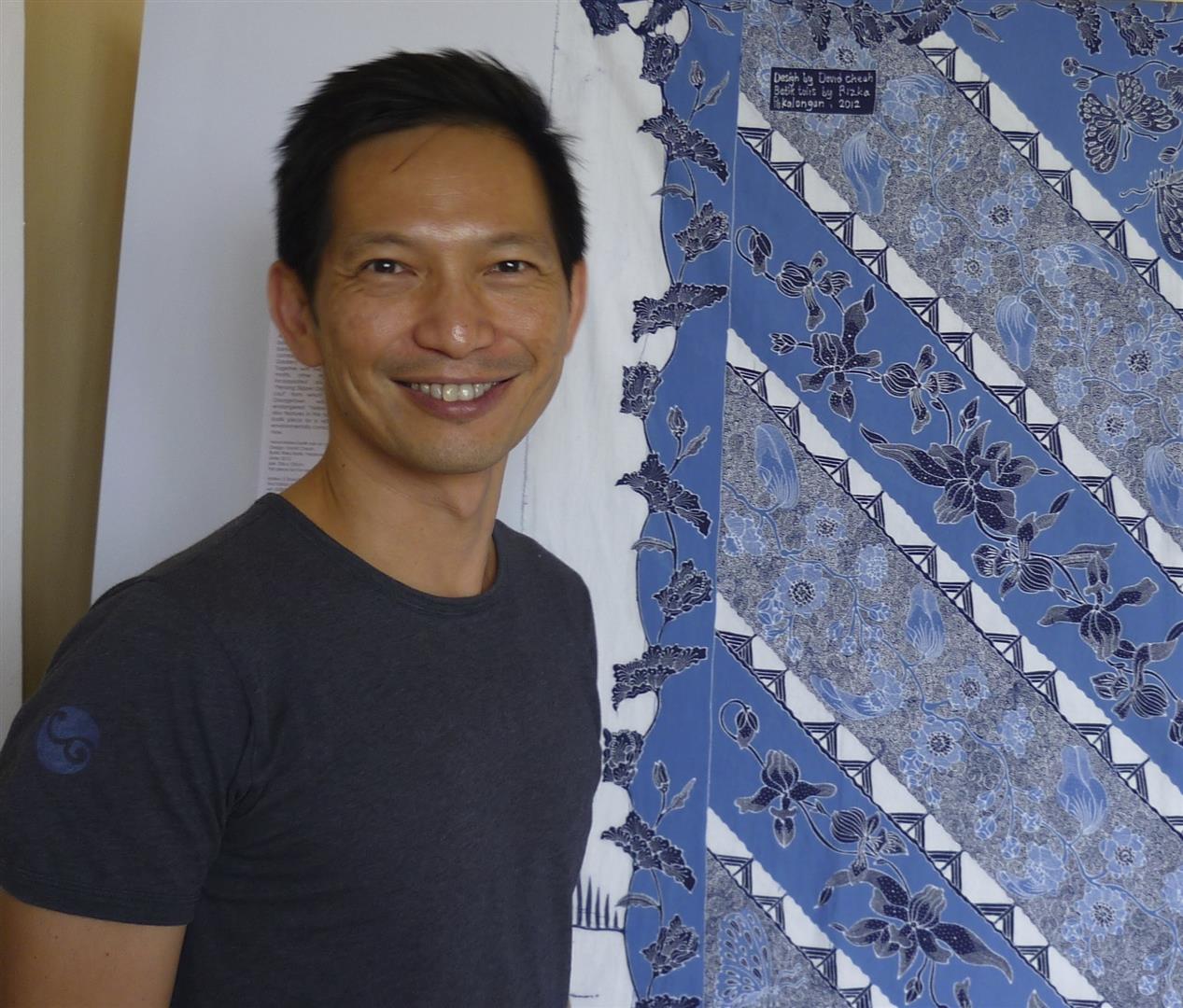 Architectural Perspective
From calling Kuala Lumpur his homeland to having working experiences in Amsterdam, Malaysia’s very own David Cheah was the mastermind behind the art pieces at the VIP lounges in Kuala Lumpur International Airport, featuring multiple textured and layered backlit glass panels. With a sense of realism and a twist of humour, he finally discovered his flair for creating things in the name of art when strangers actually offered to pay him real money for his artworks. Despite being a solo artist, David has been and will be collaborating with various designers and artisans from Laos and Indonesia. For this year’s edition of George Town Festival, together with Regina Ibrahim and Ben Rongen, he will be featuring a series of workshops and exhibitions of indigo textiles and products at The Mission House for Mission Blue: The Indigo House. But before that, JUICE got the chance to catch up with him, and here is what he had to say.

How would you describe your style of art?
I actually come from an architectural background and have realised that I often create from the perspective of a designer, veering more towards site-specific works. I believe in the phrase “the whole is greater than the sum of its parts,” hence every element in a space plays a role in the interiors to me. If I had to, the rather generic term of being an ‘abstract multimedia artist with a focus on textiles’ would be it, I guess. I really am more of a dabbler, rather than an artist of the pure art tradition. I love layering ideas, motifs, and techniques and often create in the eclectic spirit of the modern day Peranakan. Basically, I avoid categorising my particular ‘style of art’.

What is the significance of the colour indigo to you?
On a physical level, I’ve always been drawn to shades of blue, reminding me of the night sky or a deep blue sea, which may be filled with mystery, giving depth to its existence. Similarly, the mysterious transformation from green to blue in the natural indigo dye process fascinates me. On an esoteric level, indigo is associated with the third eye chakra which is about ‘seeing’ the bigger picture with its different levels of connections. As one of the oldest dyes in the world, indigo was the original natural dye for blue denim. These days, most people around the world have a pair of blue jeans without realising its history, and I find it intriguing in a strange way that we are more connected than most of us realise.

Among Kuala Lumpur, Amsterdam, and Sydney, which city do you think is the most receptive towards an evolving art culture?
I would say that both Amsterdam and Sydney are more receptive. Even if I’ve left Amsterdam years ago, I used to enjoy the public and outdoor artworks and installations with the public spaces designed around them. When I heard that Sydney has the most number of ‘artists’, they were probably referring to people like me who never specifically studied art but enjoyed dabbling instead. I do find Sydney very much more open to various types or forms of art too. Also, various art events and festivals make ‘art’ more accessible while enabling greater dialogue and discussion not just within the artistic community, but also with the general public.

Like a writer’s block, has there been any circumstances where you simply couldn’t express yourself artistically – if so, what did you do to ‘unblock’ it?
I am really fortunate to have friends who enjoy discussing my work, ideas and life in general who have gotten me through serious mental blocks. I sometimes ‘shut off’ by doing yoga and meditation sessions. While I go through deep breathing I empty my mind of all thoughts, then the absence of any thoughts reminds me that the mental block I had is but a tiny drop in the sea of global issues.