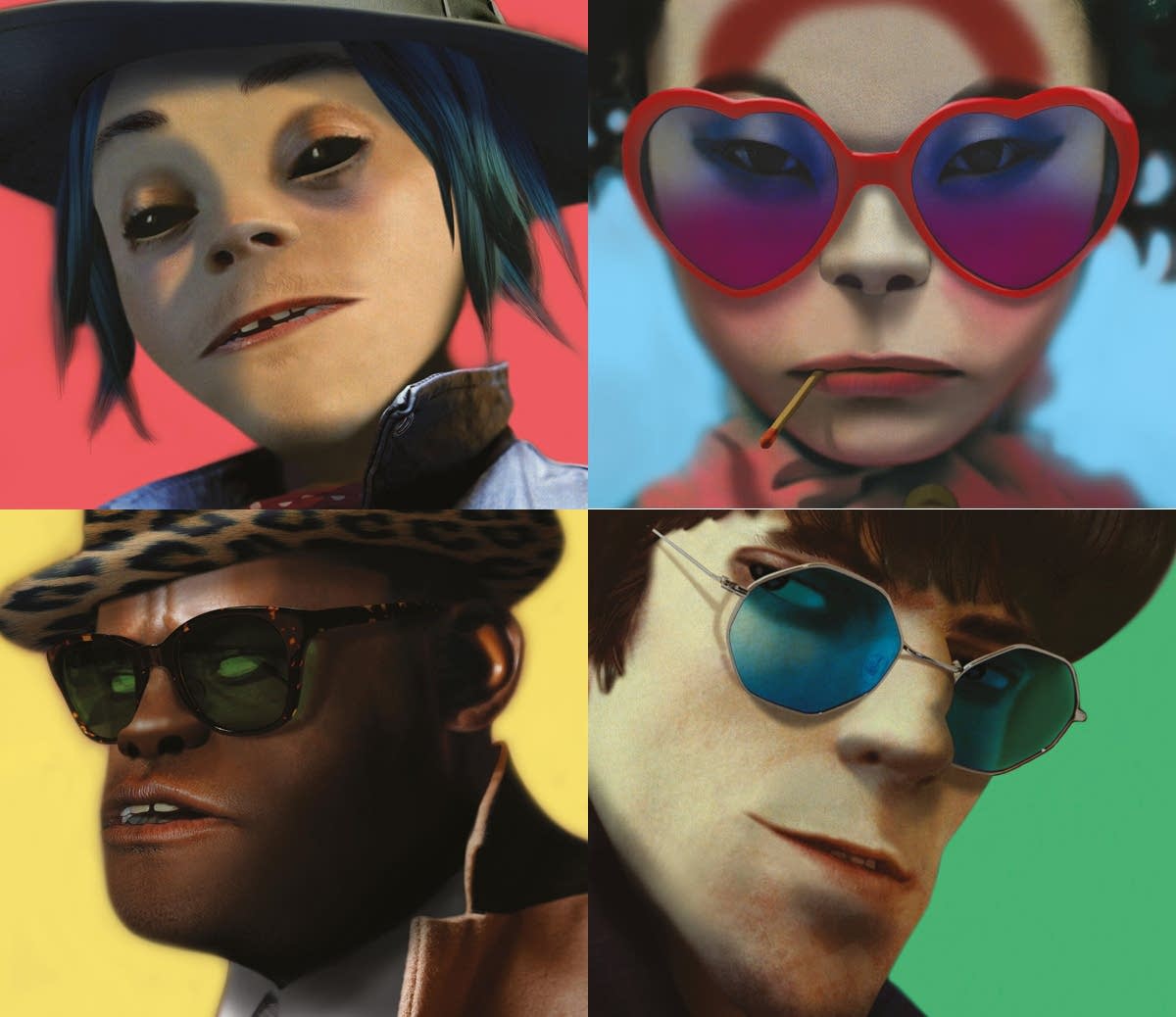 After six years of waiting since their last album accompanied by a buildup that consisted of a multimedia story (The Book of Noodle) and hints of new music activity on their social media platforms, the British virtual band is back with Humanz. The-band-as-art project is set to launch on 28 April with pre-orders readily available for impatient fans.

The full tracklist sees an insane amount of collaborations that are made out of dreams; Vince Staples, D.R.A.M, Pusha T, De La Soul, Anthony Hamilton, Danny Brown, and more are compacted into 14 tracks for the regular album, with five extra songs on the deluxe edition. At the moment, four new tracks are making their debut across multiple radio stations alongside videos for each track. Directed by Jamie Hewlett himself, ’Saturn Barz’ is an exploration of a haunted house as Damon Albarn and Popcaan deliver lines in between eerie space-like effects. ‘We Got The Power’ brings forth reconciliation between Albarn and former frenemy Noel Gallagher of Oasis, leaving behind their past conflict involving a chart battle during the ‘90s.

Get your hands on a copy of the album here. For more updates on the band’s shows and music, follow them here.