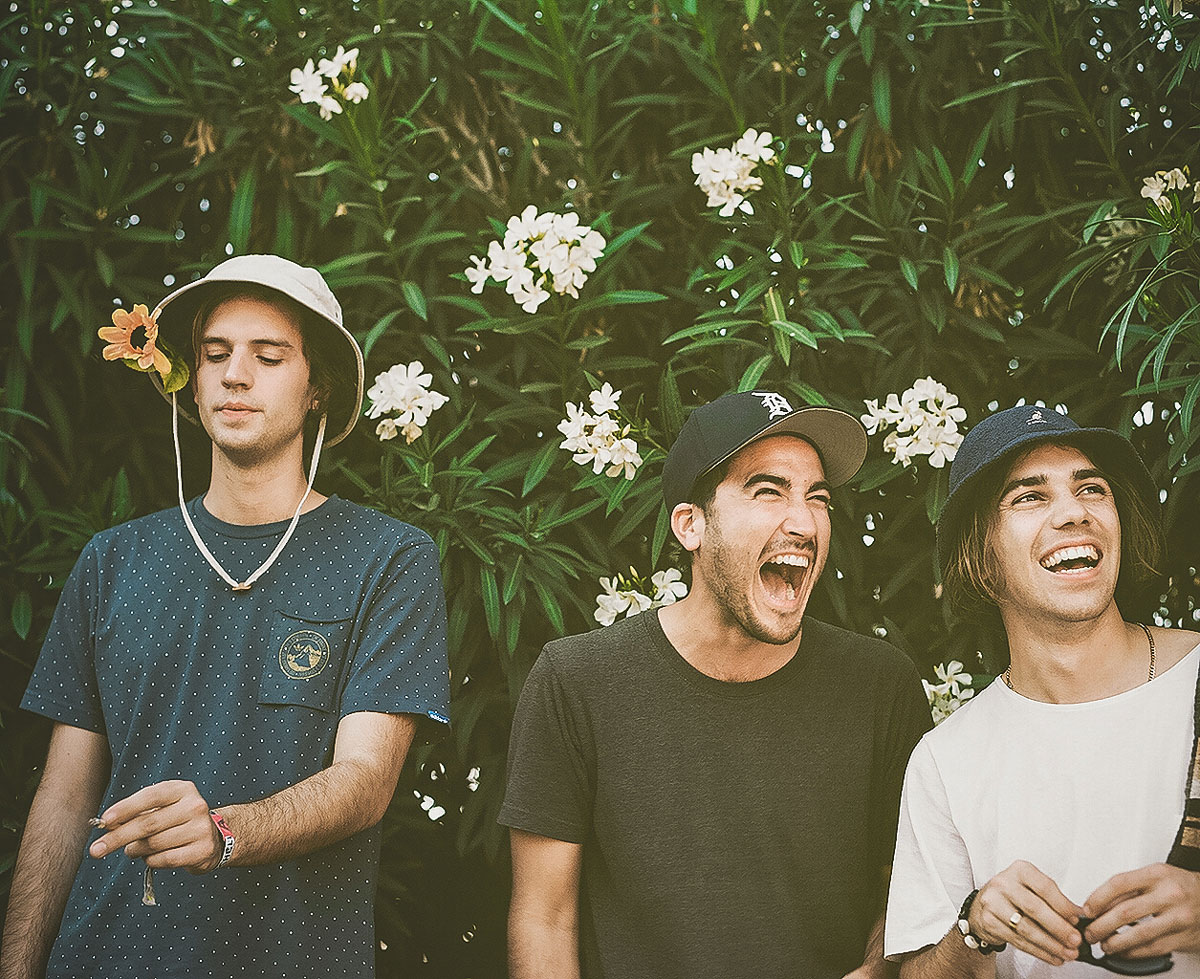 Jagwar Ma is a three-piece band that has successfully built a reputation for making music that’s as much psychedelic rock as it is dancey. Prior to being booked to play international festivals, the band members had been part of different musical groups that essentially served as their stepping stones to tune their sound; and also an opportunity to curate new music for their listeners. It soon became evident that the two founding members, Gabriel Winterfield and Jono Ma, lived and breathed music; it was only natural for the two to create a project whereby both of their talents would be utilised as a single entity, thus the birth of Jagwar Ma some five years ago. As with many artistes, Jagwar Ma hopes to be the sonic equivalent of a blanket during a rainy day – they want to comfort fans by singing about relatable frustrations and joy.

Ahead of their performance in January for Laneway Festival Singapore ‘17, JUICE spoke to lead vocalist and guitarist Gabriel on his life before becoming a full-time musician, swimming with sharks, and if the definition of ‘good’ is real.

What persuaded you to pursue a career as a musician?
I didn’t know [what it was], and I guess it was in my blood (laughs). I didn’t have a choice – I think I had to do it.

So, what was your life like prior to playing in a band?
Everything was frustrating (laughs). I just wanted to be in a band — that’s all I really wanted to do. And I played music pretty much my whole life, so, yeah, thank god. By the time I actually started becoming [successful], it was like finally, you know? (Laughs)

“I like making people feel — that’s important to me.”

Speaking of feelings, do you remember how you felt when Howlin’ started picking up its momentum?
Yeah, I remember feeling excited but also nervous and I didn’t really know what to expect.

But surely you felt reassured after reading that most — if not all — reviews were positive?
Yeah, definitely, I think I was just sort of relaxed — probably the most relaxed I’ve ever felt in my life. I was like, “Ah, I’ve finally done something.”

You sound pretty hard on yourself.
Yeah, I’m just… I guess, ambitious is the word.

Was it because of the expected pressure that comes with a second album?
Yeah, very much so – of course. We tried to ignore that as much as we could but we also tried to use it and try and take control of that. But it’s easier said than done during those kinds of things.

How did you manage to keep yourself from being too consumed by the pressure?
Probably just by doing other stuff that had nothing to do with music.

“So, I’m very, very harmonious with animals, obviously. They’re either trying to eat me or run away.”

Yeah, we read that you guys have gotten into pretty tricky situations involving animals before.
Like the shark? (Laughs) Yeah, there was definitely the shark story — we were going spearfishing and there was a fucking shark that turned up in the water – that was crazy. I didn’t see it — and I was in the water — until the guy was like, “Um… yeah.” Another situation was when we were in France, there was a lightning storm and these two horses broke out of the barn, and I had to go into the forest like with their saddles and try to get two horses that didn’t know me — and I didn’t know them — that was weird. So, I’m very, very harmonious with animals, obviously. They’re either trying to eat me or run away.

Is it difficult to shift your focus solely on songwriting after having to be on the road for many months?
No, not really, I think they both breed for each other and they both work for each other. So, no, I always feel really at peace switching between working on the record and [being on the road.] I mean, we do it at the same time, anyway. They’re not that different. I’m always working on stuff.

“There has to be a person behind the lyrics, otherwise there’s no point.”

So, in terms of songwriting, have you ever reached a point where you felt like you were sharing too much?
If I answered that question, I’d be sharing even more (laughs). I don’t know, sometimes I feel like some songs are very personal, but I do it anyway because I don’t care, I have to do it. I think that it’s important that it’s real. It’s important that there’s sincerity and all that sort of stuff. There has to be a person behind the lyrics, otherwise there’s no point.

On that note, what do you hope to achieve through your music?
I think it’s important that you have the right priorities and your priorities ultimately have to be about [the people]. I mean, put simply, I like to play in front of as many people as I can. It’s not that complicated. We’d like to play in front of a lot of people and we’d like a lot of people to listen to our music — and to do that for as long as possible.

Was there a performer or a show that you personally attended that made you feel like that?
Yeah, I mean, there’s something unanimous, like unanimously good performances, [but] whether that’s from the objective truth [or not]… is there such a thing as literally something that’s good? Or is it just like a made-up concept? But I ultimately think there’s something as good — it’s a real thing that exists and I think in the case of, I don’t know, Neil Young or someone like that, that’s someone who I think that naturally is so in touch with humanity that he knows how to write songs and performs so that everybody would be able to go, “Wow, that’s an amazing song.”

Jagwar Ma is set to play Laneway Festival Singapore ’17 on Saturday 21 January ’17 at The Meadow, Gardens by the Bay. JUICE has 10 pairs of passes to giveaway to our readers, if you’re feeling lucky, read more about the contest here. If not, tickets can be bought here.