If you’re an avid sports fan, FOX Sports is definitely a staple in your household.

Whether you love watching F1 cars tear up the race track, sitting at the edge of your seat as football clubs go head to head, or cheering on your favourite tennis player, FOX Sports puts you right in the heart of the action!

This year, we caught all the action live as Bayern Munich won their 28th Bundesliga title on the final matchday

And stayed up to witness Juventus defend their title in Serie A, becoming champions for the 8th time

Over in men’s tennis, we felt the highs and lows of a crazy emotional rollercoaster with Novak Djokovic taking home a record seventh Aussie Open title when he defeated Rafael Nadal in straight sets.

Then five months later, we were left in awe as Nadal came back to win the French Open for a record-breaking 12th time

We chanted “Aussie Aussie Aussie… Oi! Oi! Oi!” along with the crowd while watching history being made, when Ashleigh Barty became the first Australian women’s singles player to win the French Open title since 1973.

And we are SUPER PUMPED to catch all the action at Wimbledon live!

Over on the race track, we continue to spend our weekends cheering on our favourite Formula 1 drivers.

Can you believe Mercedes has won eight consecutive races this year? That’s… ALL the races so far omg.

With more tennis, motorsports, football, UFC, golf, and other major sporting events to look forward to, we can’t wait to cheer our hearts out!

And now FOX Sports is partnering with Stadium Astro to reward you with goodies all this month. All you have to do is spot a very special car and you could receive a brand new TV.

There will be a total of 100 FOX Sports Cars in the Klang Valley, Penang, and Johor Bahru

Once you spot a FOX Sports Car, here’s what you have to do:

1. Scan the QR code with your phone and an augmented reality (AR) filter will appear on your camera

This AR filter is the first of its kind with Grab! It’s super cool and features tennis, football, and motorsports versions, depending on the FOX Sports Car you scan. :O

2. Snap the animation and upload your screenshot here

Along with your screenshot, fill in your details and complete this slogan: “FOX Sports is home of the champs because…” to submit your entry.

3. Be rewarded with goodies on the spot!

One 49-inch 4K television will be given out every day for the next month. Even if you don’t manage to land yourself a brand new TV, you’ll automatically receive GOShop vouchers just for participating. It’s definitely a win-win situation!

If you’re already an Astro subscriber, you will receive a RM10 GOShop voucher. But if you haven’t subscribed yet, just sign up with Astro and enjoy free 2-month subscription AND a RM20 GOShop voucher!

FOX Sports Scan, Snap & Win is happening now until 31 July 2019. So remember to keep your eyes on the road! 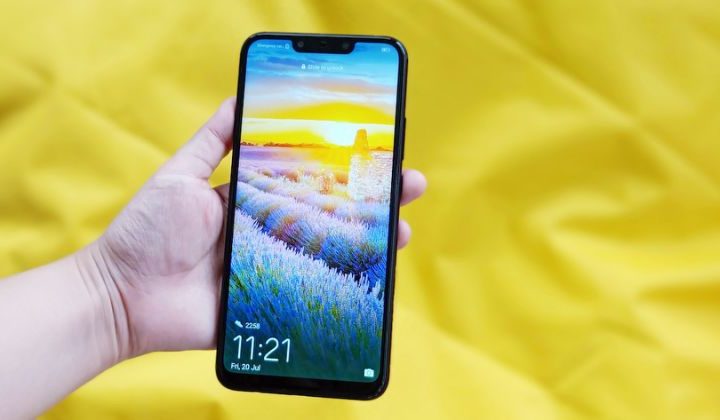 Attention! Get Rebates Up To RM400, Free 2-Year Warranty And More From HUAWEI This July

Time to shop for a new phone!