Huawei has finally released the the flagship P30 series smartphones in Malaysia, and the cameras on both the Huawei P30 and P30 Pro seem pretty impressive

Naturally, with glass manufactured by the legend that is Leica, it’s pretty easy to understand why the Huawei P30 series has an edge in the smartphone photography department.

The primary camera setup of the Huawei P30 Pro consists of a SuperZoom lens, a 40 megapixel Super Sensing camera, a 20 megapixel Ultra Wide Angle lens, as well as a Huawei Time-Of-Flight (TOF) camera, which is located right next to the flash unit.

On the other hand, the ‘entry-level’ Huawei P30 sports a triple camera primary setup, consisting of a 40 megapixel Super Sensing camera, a 16 megapixel Ultra Wide Angle lens, and an 8 megapixel telephoto lens.

Just imagine being able to photograph the moon. Usually you’d end up with a blurry, shaky mess. That’s if you even get the moon in frame at all! With the Huawei P30 Pro and its 50x zoom, what was once practically impossible is now completely feasible.

Nature photographers will also appreciate the insane zoom distance of the Huawei P30 Pro. No more having to spook some little critters just for that perfect NatGeo photo.

Zooming doesn’t necessarily degrade quality all too much. The photo of the child above was taken from 3 metres away using 10x optical zoom, still retaining the finer details of the toy and the pattern of the child’s pants.

If the zoom is not what you’re after, the Wide Angle lens on the P30 series affords users a 120º field-of-view, which means you can get pretty much anything you’d want in frame.

For the macro lovers out there, you’ll be pleased to know that you can take tiny macro shots at a distance of just 2.5cm!

Boldly moving from RGGB to RYYB

Most cameras abide by some form of the red-green-green-black (RGGB) rule of light. The brighter the colour, the more lit a photo becomes.

Huawei has taken things a step further by shifting to a red-yellow-yellow-black (RYYB) spectrum, taking advantage of the brightness of the colour yellow in order to trap more light, translating to brighter photos, even in low-light conditions! This can also work in tandem with Super Night Mode, which allows you take breathtaking, low-light condition photos.

Thanks to the TOF camera on the Huawei P30 Pro, photos are elevated with incredibly shallow depths-of-field (DoF), to allow for more emphasis on the subject. The blurry phenomenon that occurs in a shallow depth photo is often called ‘bokeh’, and there sure is a lot of it with the P30 Pro.

A pretty nifty trick up the Huawei P30 Pro’s sleeve is the Dual-View Video function, which utilises two of the rear cameras simultaneously to provide a close-up view of the subject while still allowing for the bigger frame to be in composition.

If you thought the low-light features were reserved solely for photographs, think again. With the help of the SuperSpectrum sensor, low-light videos on the Huawei P30 are a breeze to record.

With AI HDR+, you’re not going to be eclipsed by the brightness of the sun anymore

Utilising AI HDR+, the Huawei P30 series phones will make sure that all your backlit photos are properly balance in terms of light, brightness and exposure. Less background, more subject.

With all these features, the fun will still last an entire day

It’s great that the Huawei P30 and P30 Pro pack a lot of features that help elevate our photos and videos, but it’s also great that both phones have the energy to get us through the day.

Of course, eventually you’d still need to charge up the phone. However, with the Huawei P30 series, you can charge from 0%-70% in just 30 minutes, via its 40 watt charger. No need to wait hours!

Get ’em while they’re hot!

The Huawei P30 Pro is available in two different variants. The first of which is a 256GB version which retails for RM3,799 and the second, with 512GB storage, retails for RM4,799.

Showcase your photos to the world through the NEXT Image Awards

Photographing with the Huawei P30 Pro is effortless, thanks to the amount of technology it packs. Submit them to the NEXT Image Awards to be in the running to win a cash prize of USD20,000 and other fantastic prizes!

Consisting of six conceptual categories, these awards aim to explore the possibilities of next-generation visual expressions and culture.

All submissions will also receive a RM50 voucher! 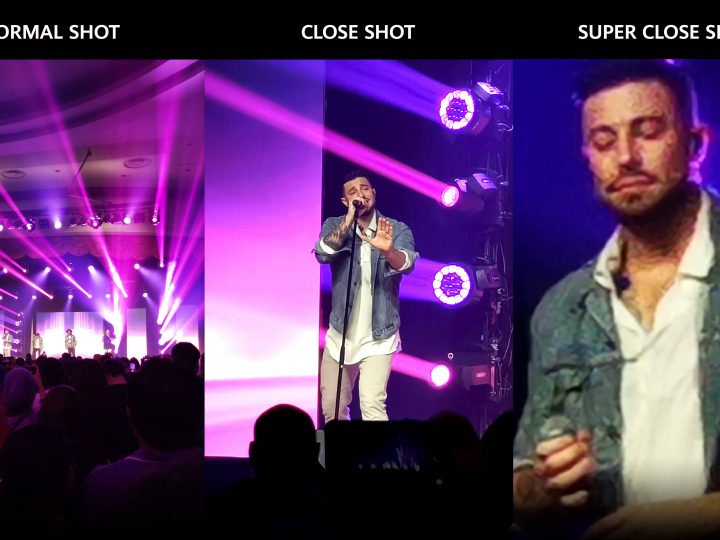 At The Back Row? Don’t Worry, This Smartphone Takes Awesome Concert Photos