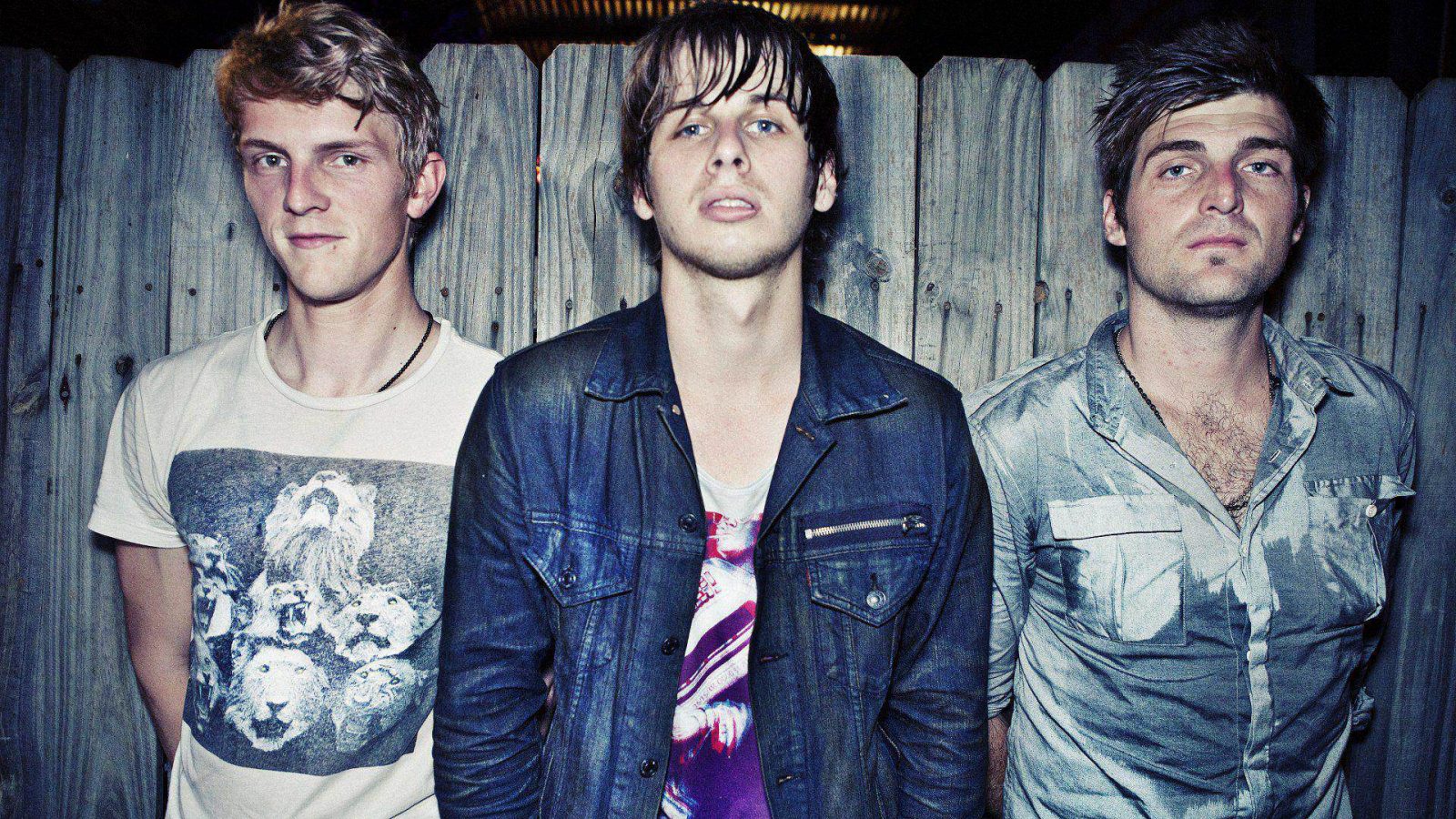 Early in January, Foster The People came to town to fill our ears with their infectious music and make us dance! We caught up with frontman Mark Foster a few hours before the concert to talk about being tossed into the limelight, Breaking Bad, his childhood memories and his favourite reading material. He also takes some time to give good advice about time management, so you might want to take notes!

Hey Mark, you do realise today is Friday the 13th right?

Yeah, it is. Are you superstitious?

So are you surprised by how well the album Torches is being received all over the world?
Yeah, especially over in this part of the world, you know. It’s just like, crazy to me that we have so many fans over here. We’ve never been here before and we’re really impressed over here! It’s a really weird thing to wrap your head around, being on the other side of the world and have people appreciate you from over here.

You mentioned that ‘Pumped Up Kicks’ was about gun violence. Have you actually ever had any prior experience with gun violence?
Yeah, I’ve had friends and family member who’ve been victims of gun violence, so I guess that hits home. I’ve never had a gun pulled on me before, but I know a lot of people that have and they’ve been shot, so yeah.

Mark, tell us about the inspiration behind most of your songs.
They’re all different, you know. I like to write in character a lot, so I think half of the songs are written through someone else’s eyes. I love people, I love different types of people, and so it’s really fun to get outside of my own head and tell someone else’s story through their eyes. And then the other half are autobiographical, that’s really kind of what I’m going through at the moment, so it’s a balance between those two things, I guess.

You like to write songs when no one is around and you’re spaced out and have the whole room or day to yourself, right?
Yeah, it’s tough for me to write with other people in the room because I go to a really vulnerable place and I kind of need to be in a cave, in a sense. Just shut the door, no windows, nothing, and just lock myself in the room so that part of my heart can feel safe and come out and experiment musically.

Which is your favourite song, and why?
Houdini is my favourite song on the record. I can’t really explain it, I just love it! I think it just feels good.

Do you feel like that, like sometimes you just wanna disappear?
Sure. Yeah, I think that’s a human emotion that everybody probably feels sometimes. Especially where my life is at now, look how it’s changed over the last year. There’s definitely times when I just wanna disappear, I’m so exposed and there are so many people who want something from me, want to talk to me, want me to take a picture, want me to sign something, want me to touch them or whatever.. As extroverted as I am, I’m also very private and I love being anonymous. So I went to Thailand for a week before we started this tour, just by myself, and it was great because nobody knew who I was, I could walk around and not worry about being looked at or whatever. I can’t even imagine what it’s like for someone like Lady Gaga or Tom Cruise, you know! I’ve only gotten a small taste of what it’s like for them.

Well, all this will come along as you guys get bigger and bigger, so I supposed you have to get used to it?
Yeah! I mean, I don’t know if I’ll ever get used to it, but I think I’ve learned how to manage it.

When bands first come out, they’ve got a different set of inspirations, they’re touched in different ways because you’re more enclosed. There are so many things that go on, but yet you become more enclosed in a way coz you’re in a little private circle. So how does that affect your music, especially now you guys are writing a second album?
I don’t really know, I haven’t really written too much yet for the second record, so I’m not really sure how everything that I’ve been through in the last year is going to affect the writing process. I’ve talked to some big artists about that whole thing and they’ve had some good advice for me. I was talking to Isaac Brock, the singer for Modest Mouse about it, and he said, “You know, you should lock yourself up in a room for a few hours every week, and just write songs that nobody’s going to hear, just write songs for yourself. And don’t think about the fact that a million people are gonna listen to this song, just do it for yourself.” That was really profound advice for me, so I’ve been trying to do that. I’ve been a songwriter for a long time now, and a lot of times now, when I sit down at an instrument, I’m constantly trying to write a song as opposed to just playing on it and having fun like I used to when I was a kid. So, I’ve been telling myself now when I sit down at an instrument that I’m not going to record it, and I’m not going to document anything, I’m just going to play and just have fun and not judge it.

Earlier in the press conference, they said that Foster The People are arguably the biggest indie band around. Do you think that’s true?
I don’t know, I don’t really like to think about those things. It’s not really important to me. I’m glad that we have a fan base and that we found our fans, you know, whether or not we’re bigger than this band over here or smaller than this band over here, I don’t care. I think we’re all artists, making music that we love, and there’s a place in the world for each one of us.

Your fans would like to know how you spend your free time, if you ever have any?
Lately, I’ve been watching a show called Breaking Bad! I’ve been addicted to it, so every moment I get, I’ve just been watching episodes of that on my computer. But I read a lot as well, and if I’m in LA, I’ll catch up with friends, go to a pub, go to dive bar or something that has good music and cheap beers and just hang out with my buddies.

You mentioned something about managing time to the teenagers in Jakarta. How would you advise them in terms of managing their time?
It’s funny, because I look back on my childhood, and if I knew what I know now – and everybody always says that, “if I knew what I know now, I would have done things differently” – You have the most free time when you’re a kid. That’s when I learned how to play piano, how to sing, how to play guitar, the drums, you know.. That’s when I learned how to fix computers and understand computers and work on stuff, and learned photography and if I hadn’t done all of that when I was a kid, I wouldn’t be where I am now because, once adulthood hits, and you have to pay your rent and you have to do your own laundry and your parents aren’t around to make you dinner, your time just gets sucked up. I wish when I was a kid, that I would’ve done more, and realized the gift that I had of time. That sets you up for the rest of your life.

Were your dad and mom instrumental, or musical?
Yeah, they’re both very supportive when I was a kid. They were both semi-musical, they both played instruments but I think the thing that I appreciate about my parents the most is that whatever I wanted to chase, whether it was a hobby, or whatever, they were supportive. If I wanted to play soccer, they’d sign me up for soccer, if I wanted to play baseball, I’d be on a baseball team, I wanted to play drums, so they got me into drum lessons. I think their whole philosophy was that, we’re not gonna make our kids do things they don’t wanna do, we’re gonna let them discover what they’re interested in and then get behind that and support that, and so I had the benefit of just being able to chase whatever I wanted, and they got behind it.

A frontman of a buzz band who happens to be literate, we approve!

Foster The People performed and kicked butt at KLCC on January 13. To check out their latest news and updates, visit fosterthepeople.com and stalk them on Twitter by following @fosterthepeople.