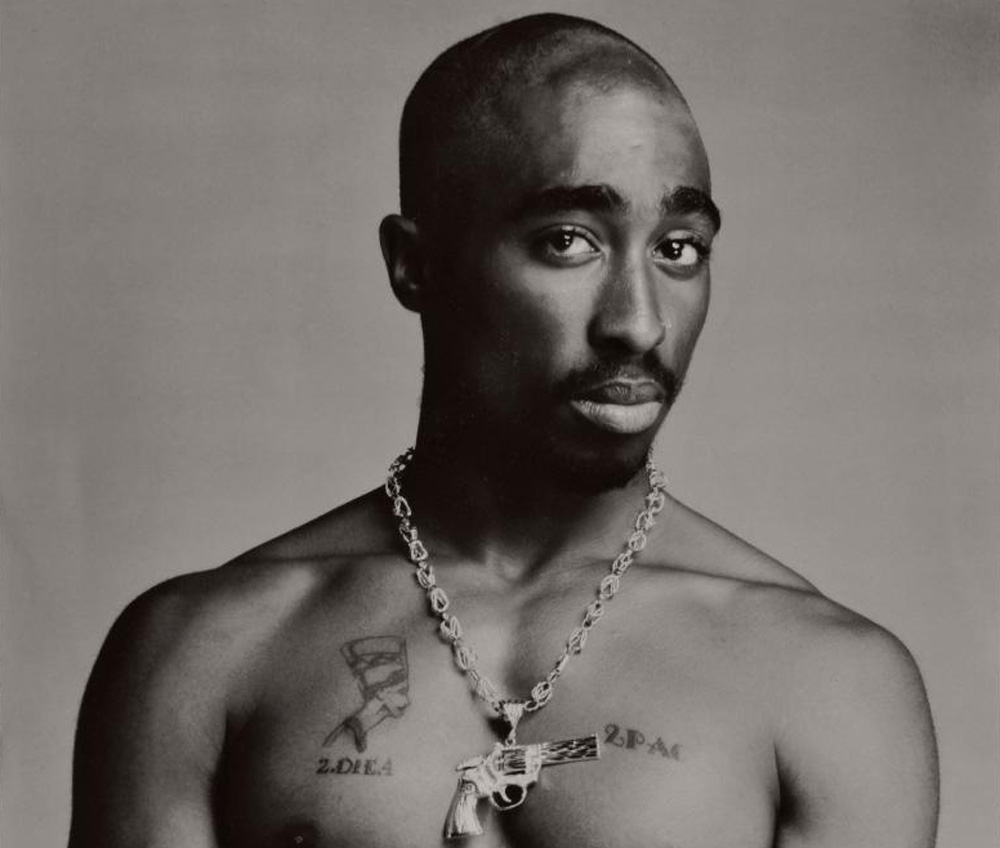 From the moment he was born, Tupac lived his life with assurance of an impending death. Undeniably a man of many artistic talents, Pac was a lover of words who quoted Robert Frost poems and talked about being a revolutionary with the same confidence that brought him to where he needed to be: On stage. Before stepping foot into the merciless hands of Death Row Records under the reign of Marion ‘Suge’ Knight, Pac was a bright and poetic pretty boy who inherited his estranged mother’s drive for social justice, something that seemed only natural for the son of a former Black Panther Party activist. That tenacity for a Black America catapulted into some of Pac’s most famous tunes like ‘Trapped’, alongside many other songs in his priceless archive that is now known to us as his legacy.

Arguably the most classic diss track of all time, ‘Hit ‘Em Up’ tells the tale of rivalry between the East Coast and the West in a brutally direct manner against Biggie. Beefing is such a heavy part of rap culture that when gangster rap was at its pinnacle, it gave people like Pac (who was born in a time of political turmoil) an opportunity to spit out harsh truths about violence, drugs, dysfunctional family members, and feuds. ‘Hit ‘Em Up’ has one of the best combination of skill, rhythm, and pure raw emotion that successfully pierced through the hearts of Pac’s enemies.

For a rapper who was stereotypically known for hardcore lyrics, raw-spitting, and gangbanging, the sampling of Elton John’s ‘Indian Sunset’ on ‘Ghetto Gospel’ proved to be unique and well-loved. What can be seen as preaching or a rallying call, the song carried the essence of Pac’s unwavering desire to change the world. Heartfelt lyrics escaped the mouths of two minorities who each has their fair share of struggles within their own communities; so when Pac made a statement with, “Everyone’s ashamed of the youth ’cause the truth look strange,” we mourned for the man behind those words for leaving us a little too soon.

‘California love’ was a timeless “rep yo’ city” song that brought Pac (who was fresh outta prison at the time) together with a post-N.W.A. Dr. Dre and Snoop Dogg. The trio set out to let the world know that Death Row Records was a team not to be fucked with, creating a funky number that got the most populated cities in America jamming. Pac’s music brought him recognition but nothing came close to the success of ‘California Love’, which gave him a posthumous Grammy award nomination in 1997 after his tragic death.

The acoustic version featuring Nas and J. Phoenix gave Pac’s poetry the emotion it needed, but the original uncensored version gave clarity to Pac’s honesty about suicide with an introduction that goes, “Shit, tired of gettin’ shot at. Tired of gettin’ chased by the police and arrested. Niggas need a spot where we can kick it. A spot where we belong, that’s just for us.” In it, Pac described a heaven he envisioned in an almost flawless flow that tells us there is no other rapper like him. After gifting us this piece of spiritual gem, Pac finally entered the peaceful realm he called ‘Thugz Mansion’.

What are some of your favourites 2Pac songs? Let us know in the comments below.