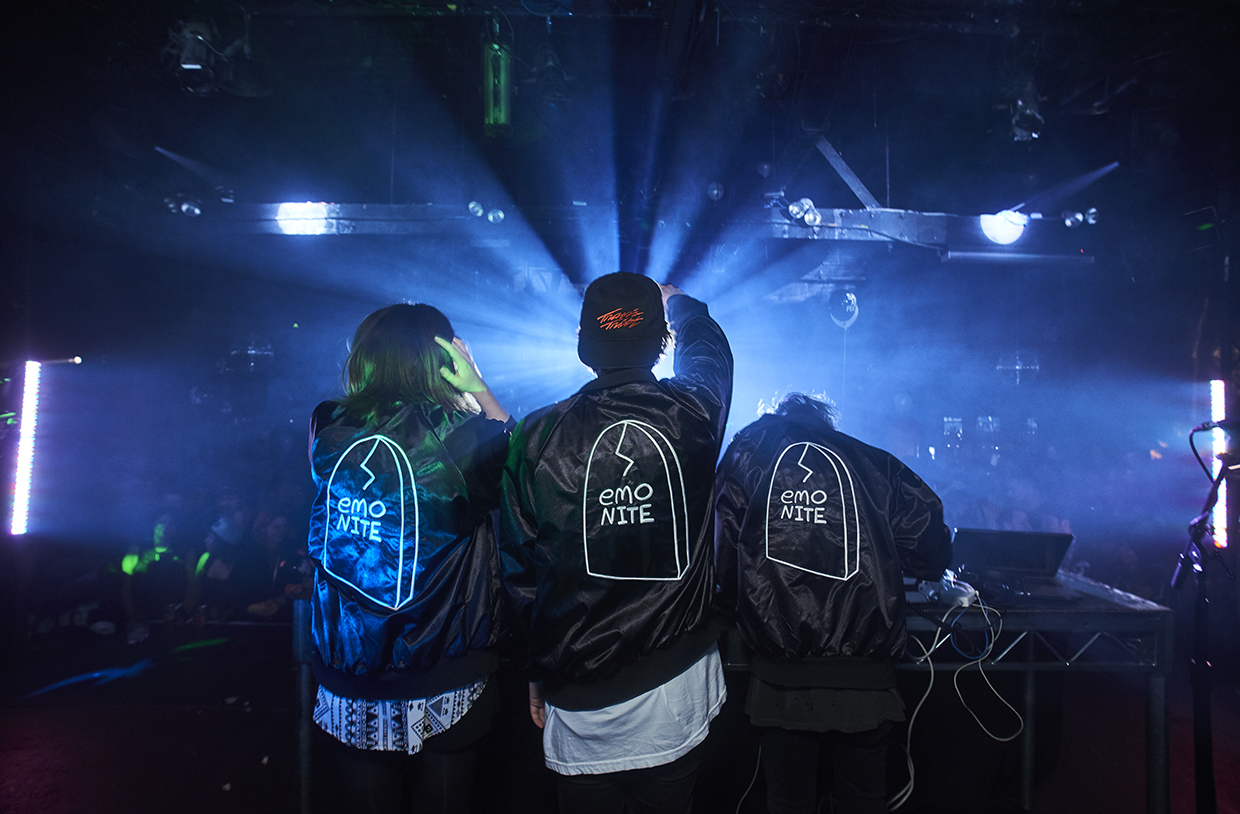 Get your black eyeliner on and your box of tissues ready for party series Emo Nite‘s latest documentary, Every Night is Emo Nite. The film chronicles the stories of three individuals as they share their experiences of what emo music means to them and its significance in pivotal moments of their lives.

What started out as a project among three friends who held their own weekly karaoke and dance parties at Los Angeles’ Echo Park grew into a national brand with a cult-like following. Most of its attendees are millennials over the age of 21 with full-time jobs.

“Rocky, Dante, and Brittany come from different walks of life in LA, Baltimore, and Seattle, but they all share a passion for the music, and they were eager to tell their stories,” director Anderson Wright says. “I loved the idea of following people whose professions required them to work in uniform; a hairdresser, an Air Force sergeant, and a veterinary technician.”

He continued: “Like many former emo kids, they’ve grown up and become full-fledged adults, marked by careers, children, mortgages, etc. Once Emo Nite rolls around, it’s a thrill to watch them embrace their individuality and transition into their emo selves.”

Here’s what NYLON had to say about the night’s legacy:

“For anyone who grew up as an outsider, emo music—all music, really—was more than just a song or a band; it was also catharsis and a refuge. And it’s still possible to find comfort, even years later, in the songs that got us through teen angst, heartbreak, hell and back”

Watch the documentary in its entirety below: