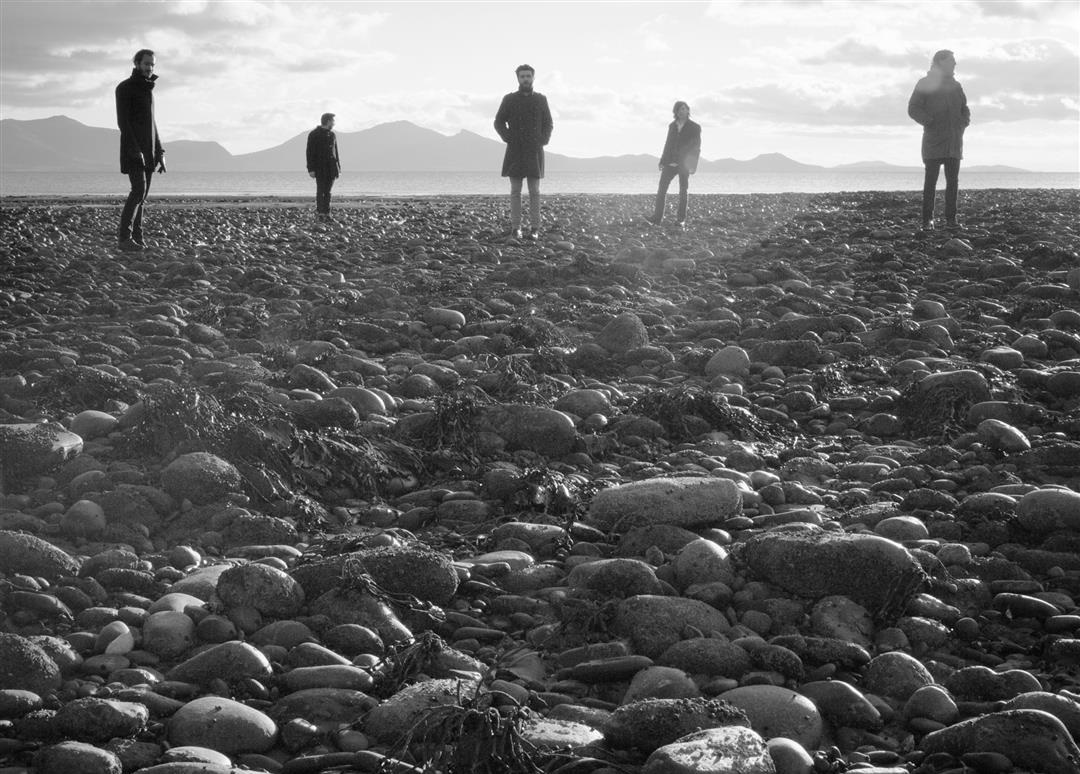 When guitarist Chris Urbanowicz left Editors in 2012 citing creative differences, the band — noted for their dark and brooding take on indie rock — has had to struggle to reshape their sound. With guitarist Justin Lockey and multi-instrumentalist Elliott Williams added into the picture, gone are the days performing as a four-piece as the group has since emerged as a successful quintet with more to offer. These UK natives graced us with their presence for the first time as they headlined the inaugural Tiger Translate in Kuala Lumpur. JUICE spoke to members Russell Leetch and Ed Lay before they got ready to rock the stage.

Tell us about ’Sugar’. What made you guys decide on it being the fourth single off The Weight of Your Love?
Ed Lay It’s a very powerful track, probably the most powerful in that sort of dark sense on our record. It lends itself to being a strange single.
Russell Leetch It was the first track that we did as a new band. [The track] being around a long time, we’d always have the drums and bass for it really, for years (laughs). And then when we [worked] on our new lineup together, it was the first thing that we did. Justin put the guitars on and we all kind of made the riff that goes through it — the strings were influenced by us all.

Are you guys satisfied with how the album turned out?
R Yeah, especially since we haven’t been pushed so much by the mainstream in the UK. It happens. Sometimes some bands come in and out of focus. You just have to kind of ride through it.
E You just have to do what you want to do. The essential thing is not to just follow exactly what’s popular on radio or TV at that point in time. You need to do what you do need to do. And I think for us all, we wanted to make a classic sounding record with all of the main rock instruments, some strings and some horns here and there as well — make it very lush sounding. I think we’ve done that.

With Chris’ departure, did that have any effect on the themes and direction of the album?
R The themes? Not necessarily. Thomas would be singing about [the same] kind of subject anyway. But musically, yeah. Chris had his distinct sound and he had his own way on how he wanted the band to sound, really. He wanted to move away from it all for quite a while. He managed to do it on having more synthesisers on the third record but when it came to having more guitars it wasn’t really working. The synths weren’t really working either, so yeah.

The reception for The Weight of Your Love seems generally mixed. Why do you guys believe that is so? How do the views differ?
E (Laughs) It’s not a new experience.
R We’re not a critic’s band, really. We never have been. Maybe our first album was the most well-received, but the rest, well, we could put a record out tomorrow and we’ll guarantee it’ll get a 2 out of 5 in The Guardian no matter how good or bad it is. Our relationship with the press is that journalists tend to like to have a story rather than talking about music. We haven’t offered the best story. So it’s fine. The biggest test will be how our albums are received in 10 to 15 years from now.

Sounds like you guys follow a more spontaneous direction when it comes to the album-making process.
R Yeah, we don’t really pay attention to how it’s gonna be, like on the last record. And I think we could have gone in a direction that might’ve been more suited for radio and that for us is not a good thing to do. We could have tried to make it more polished, more Coldplay-sounding; their sound is pushed toward a more modern sound, like ‘A Sky Full of Stars’, for example, getting Avicii to help out and all.

So, what’s the key in making a good record for you guys?
E For us, it’s just to do it like how we wanted. We’ve been very lucky with the way we have ourselves set up, recording with record companies and stuff, they don’t have any influence on our sound. There’s no A&R man on our shoulders telling us, “You need to change this,” for the radio. So we’ve been very fortunate. To be honest, we wouldn’t have put up with that in any way. We’re not a major label band. We don’t respond to people telling us what to do very well. A good record for us is to make the best record at that time for our tastes. If you look at all the different records, the taste is different.

We noticed the band has been headlining a lot of festivals lately. Have you guys had any memorable moments at any of them?
R We played at Pinkpop last weekend. That was a big crowd, like 60 thousand people in Holland. That’s crazy, you know. You don’t get to see that very often. The funny thing is that the media [coverage] for us is very UK-centric, but we do pretty well in places like Germany, Holland, and Spain. We get pretty good reports there. Don’t know why that is (laughs). Maybe they’re not all so, “This is the trend. This is the fashion,” you know.

So, how has it been like touring as a five-piece? Any preshow rituals?
R Tequila (laughs). We like drinking before we go on.
E We’ve done nearly 900 shows throughout the years. We don’t want to get blasé about it but we certainly feel very well-rehearsed. We learn a lot from these shows, how to win over a crowd. It’s just fun, getting a bit loose and just enjoying it.

Have the crowds been different for you guys each time?
E There are similarities. There are differences. Essentially it’s all people who like live music. That’s what you get everywhere. It’s going to be interesting tonight playing in this massive hall. And we don’t know if anybody’s listened to our music. We’re not aware if we’re on the radio. It’s going to be interesting. But it’s lovely to come to new countries. We like to do that, going to countries we’ve never been to before and enjoying their culture for a bit.

Tell us an interesting fact about yourselves.
R I do a pretty good Donald duck impression.
E I have a walnut tree back home. They’re really expensive in the shop, so I provide my friends and family with walnuts.