Aparently, a few computers was stolen from an office in Vancouver recently. One of those computers was a shared iMac with Flickrbooth, which is an application that automatically hook up pictures taken from the computer to that company’s Flickr account. The day after the robbery, a few new pictures of a man was posted onto the account. Which could only mean – the guy is an idiot (the robber himself), or, the guy who bought it from the robbers (which would still make him an idiot). Here is one of the picture posted: 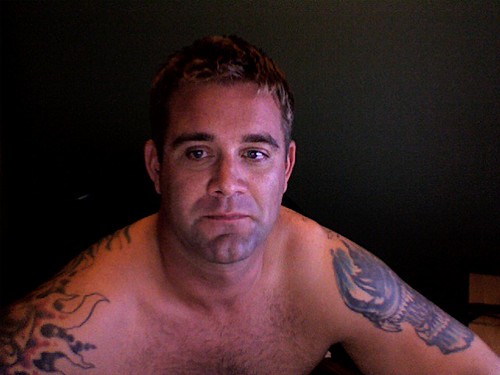