While a full band when performing and recording, DIIV is Zachary Cole Smith’s personal project through and through – after all, sophomore effort Is the Is Are, titled as such to recall concrete poetry and the syntax of internet memes, is a record that owes its humane depths to the formerly troubled man’s demons. He himself had stated that the 17-track LP is “the real [him] – ” which is remarkable considering 2012’s debut Oshin displayed emotional honesty in spades. But perhaps that was blurred by vague phrasings, a genre trope of the shoegaze-y, low-budget strand of modern guitar music borne of Sonic Youth, whereas Is the Is Are makes the soft and loud sadness of Smith crystalline clear – single ‘Dopamine’ is unapologetically about drug use. Though Smith is also unapologetic about the un-glamour of that particular rock star cliché, as revealed in this interview…

Just wanna know, where are you right now, exactly, during this phone call?
I’m in the car right now (laughs).

Finally, after years, DIIV’s new album Is the Is Are will be out in early February. How does it feel?
It’s very exciting. I have to say that I’m very, very excited, I really want people to hear the record. I put a lot of effort and worked really hard on it and I’m proud of it. Really excited to know that finally it’s gonna be out there in the world and people are gonna be hearing it.

And after a couple of new singles come out, it seems like the album is gonna have a way different vibe than Oshin…
Well, you know, I really didn’t wanna make like an ‘Oshin Part 2’. All I wanted to do was probably to take a risk and did something different. Is the Is Are is much more diverse but also it’s kind of much more like engaged, more honest emotionally than the first record, which is a little bit more inexperienced. This record speaks much more of myself than the first one.

We read some article that you wrote 300 songs before stripping them down to the amount of tracks now. Can you tell us about the process of your songwriting and experimenting the sound of the album?
My writing process is kind of weird. You know, it’s like trial and error. I just stripped them down and then record. I just record one part after the other, kind of layer the guitar and bass. I wrote multiples songs and then move on into the next one. Sometimes I would record five demos just in one sitting. Yeah, it’s just the way I write. So I wind up with this huge amount of demos and fully loaded songs but also since it’s this trial and error process, sometimes they’re really bad, sometimes they’re good, so then I know exactly which songs that’ll make it onto the album. I just leave it up to faith or luck, you know. Sometimes the songs sound so cool, sometimes it doesn’t. Probably something like that. It’s weird I admit it, but it works eventually.

Why did you record it at two or more different places and studios?
Well, I record all the demos at home on my laptop and I recorded some of the tracking and stuff for this record at home with my laptop as well. But I also wrote some at a couple of studios, recorded it, then I did a lot of the next thing at home again. It was a pretty scattered process because we booked everything pretty late and by the time we were booking it, everything was full. There weren’t many options, so I kinda take it where I can get it.

Because you wanted to finish this album and get the record out as soon as possible?
Yes, I did want it [that way]. But it’s also because we were in the process of making it and I didn’t really want to like, sort of delaying it. 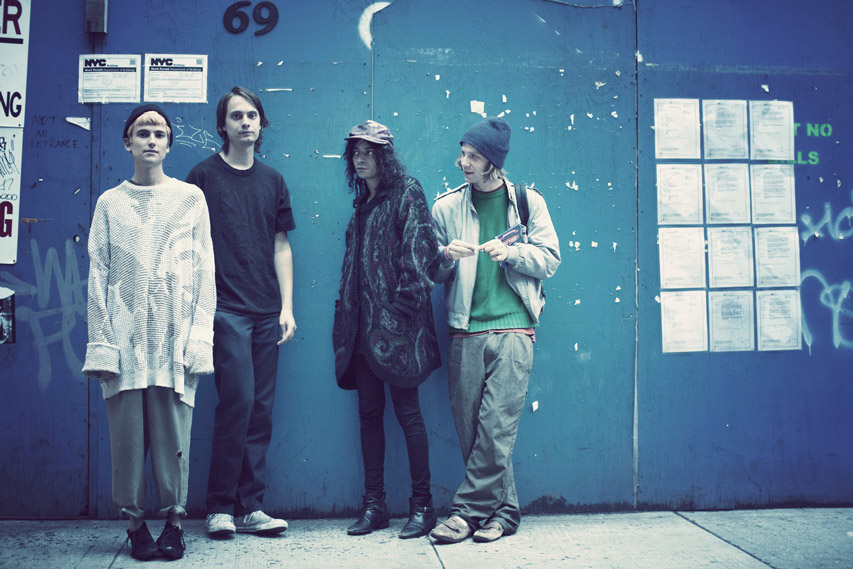 How about the pressure to deliver a follow-up to Oshin, which has stood up as a great debut album?
There was a huge amount of pressure. But I think that helped me to make the best record I could because I knew it had to be. I knew that it had to be good. Thinking about [the prospect of] a lot of people criticising, talking about it after the things I’ve done and been through [for the record], it was important to me to make the best record I could and work really hard to achieve it. You know, I take the whole process extremely seriously. To me, it almost felt like it had life and death importance. I had to kind of save my own [self], otherwise forever I’d just be someone who gets arrested rather than making good music. So, it was really important to me to make a good record.

Besides the circumstances that happened to you in past few years; drugs, rehab, Colby leaving, controversial statements coming from your bass player, and things that are spoken within this album, we have to say the record itself is quite about being human, being who you really are – to err is human. What are you trying to say exactly on this album?
Yes, I mean I really want to make a record that was like… the most honest about myself and my circumstances and tried to make people see me as a person rather than just a commodity or something that they can just like talk shit about whenever they feel like it. I wanted to kind of explain the situation I came from and just be as open to public as possible. You know, it’s upsetting that people love to hate and people like to talk trash. I want to at least present myself as being a person so that at least people know me more before they say something – I really wanted to present myself as vulnerable and open. Whatever.

So the album’s title comes out from one of the 50 poems of nonsensical words written by one of your visual artists who also made this record’s artwork. How did the idea come up in the first place?
I wanted something that was like disorientating, that felt kind of like nonsensical. There were a couple of things that I read – I was influenced by concrete poems from the ’60s and I was thinking of maybe doing something visual-based [and] like put the poems into it. It’s got to do with the aesthetics that came from that ’60s concrete poetry scene, and also I was inspired by some stuff I saw on the internet that had nonsensical sentences, like memes or something like that. So I contacted the visual artist, got him some ideas for where to go [with the artwork], he wrote a lot of cool poems, and so that was the one I picked for the title. I wanted something that felt very human and hard to really understand – to help with the kind of feeling of being misunderstood. Basically, there’s a lot of meaning behind that title and I felt it really fit with the intention of this record.

We love ‘Dopamine’ from the first time we heard it back in September. Was the song about being induced by drugs?
Yes, I can say [it’s something] like that. Basically, it’s the song about the immediate physical sensation when you’re getting high on drugs rather than the aftermath kind of thing.

You wrote it back in early 2014 after leaving rehab, didn’t you?
Yep, it’s true. Because it’s also the kind of message I wanted to deliver. It has much more meaning rather than only about heroin effect per se. The connection between heroin and music has been glamorised over the past years, or probably in the history of music itself. It’s such a myth, I’d like to say. I mean, this song is more like a cautionary tale. I don’t want people to misunderstand its meaning. Just read the lyrics, then you’d see what happened to me.

What’s your most favourite song on the new album and why?
I don’t know, because I really like all the songs for different reasons but one of my favourites is the title track. It’s the fun one to be played live because of its energetic and Krautrock feel. People like to sing along to it at festivals. And also, I like ‘Mire (Grant’s Song)’ too.

Talking about Krautrock, you’re a big fan of Neu, right?
Yes, definitely. Neu and other Krautrock stuff are big influences to me – as well as Sonic Youth.

How do you see 2016 will go for DIIV?
I think it’s just gonna be a lot of promoting this record and I’m excited to see how the public would respond to the record.

Is the Is Are will be out on Friday 5 February ’16 via Captured Tracks. DIIV is set to perform at Laneway Festival Singapore ’16 on Saturday 30 January ’16.