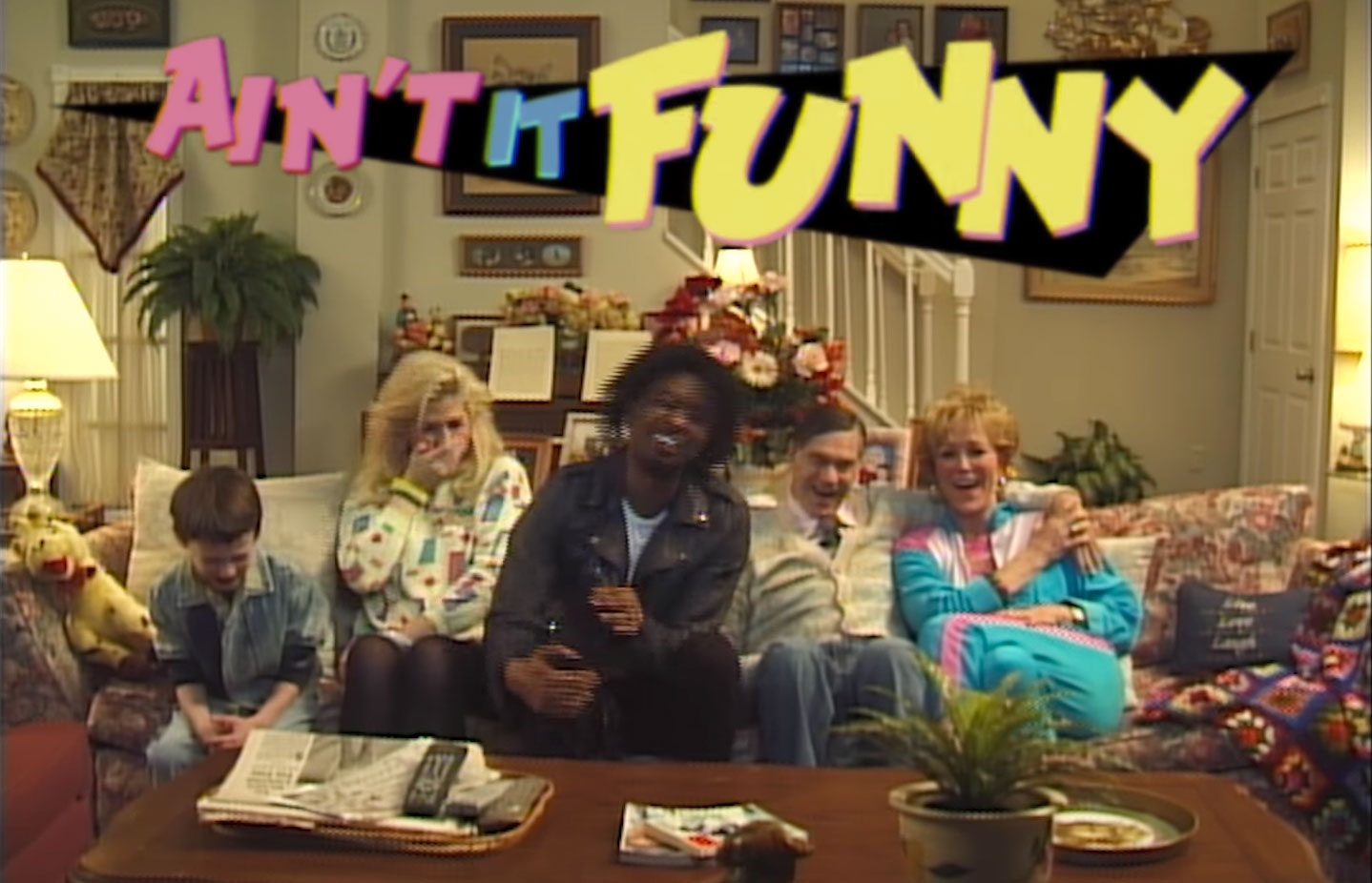 Danny Brown has always been dark – even the duality of Old, where its second half (‘Side B – Dope Song’, as he labelled it) is just party music, can’t hide that the Detroit rapper has demons in spades. Latest LP Atrocity Exhibition puts that side of Danny front and centre, even on the deceptively fast-paced ‘Ain’t It Funny’. Now, the Jonah Hill collaboration revealed yesterday has turned out to be a music video for that exact song, as directed by Hill. Continuing in the grand tradition of fucked-up ‘80s and ‘90s sitcom satires like Too Many Cooks and Amy Schumer’s sitcom dystopia skit, the video sees ‘Uncle Danny’ living with the archetypal white sitcom family – Dad, Mom, Daughter, and This Fucking Kid, of course – while struggling with substance dependency, all the while with canned laughter cued at his fully-exhibited atrocity. If that’s not a cry for help, we don’t know what is. Gus Van Sant (Good Will Hunting) and Joanna Kerns (Growing Pains) make appearances as Dad and Mom respectively.