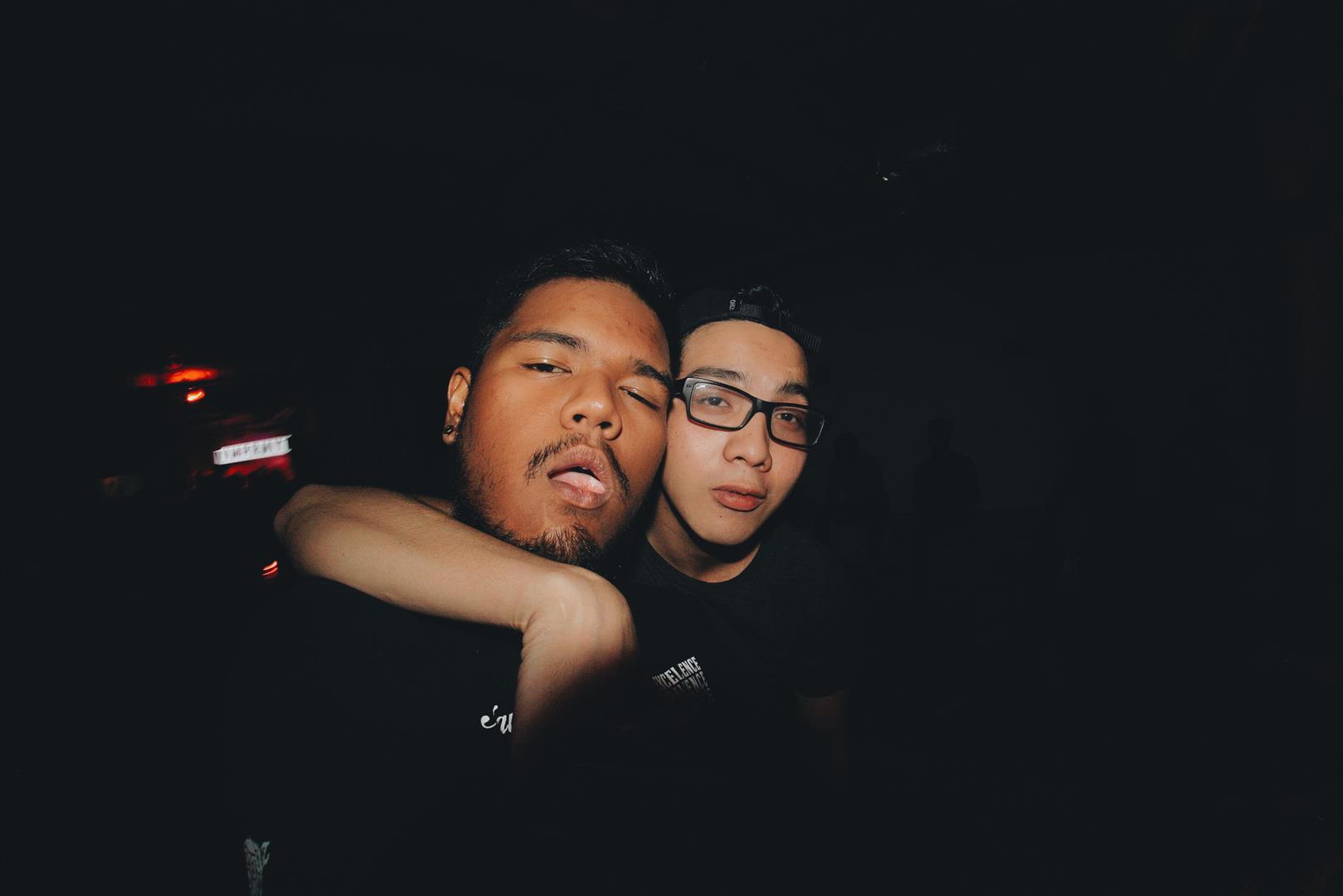 Aizi Aminuddin and Faris Malik have come a long way in the past six months. It was only after HOAX #001 earlier this year that the duo decided to try an earnest hand at electronic production – and barely a month later, we featured them alongside Aliuddin, Alpha Draconis, and Iwaz as part of The SoundCloud Gen, a cohort of unaffiliated local beatmakers who toiled laboriously in their own bedrooms. There’s no doubt that there have been a myriad of talents in Malaysia over the years who have perhaps endeavoured to make something of their late nights hunched over their laptops, only for the industry to gloss them over in favour of 128bpm pushing maestros time and time again.

2014 though, was somewhat of a breakthrough year for more niche electronic artistes – at least in the Klang Valley – with the Akhyla and HOAX collectives pulling a lot of weight to create live and digital platforms for these acts to showcase their talents, fabricating networks for them to work together where none existed before. Undoubtedly, it has never been a better time for the everyman to get his or her (though besides +2dB, we are struggling to come up with examples of Malaysian female producers) music out there, with the rise of SoundCloud and metamorphosed waves in international scenes allowing just about anyone with a laptop and some imagination to get their foot in the door. It was only a matter of time locally, and Dái-Kan is representative of that paradigm shift.

This duo however, aren’t like most of the other hole-in-the-wall acts that have come up through the lokalah food chain in the respect that both Aizi and Faris draw from solid classical backgrounds when writing and producing (à la Cover Girl TOKiMONSTA, of whom you can read about further on pg. 46). There’s also a sui generis chemistry about this pair’s work that isn’t as evident in many other local partnerships – perhaps birthed out of the fact that they’ve been creating musical rhapsodies together since their earliest days in high school, even before Faris moved to Australia to focus on music for a few years. Their complex percussive rhythms and lush stereoscopic refrains flow in unison in the same way that more experienced duos have the ability to channel, especially given their youth.

A major factor of what draws us towards their work is their unrestrained ambition to take chordal shapes and melodies to places where many wouldn’t even be able to dream of – again, thanks to their classical backgrounds. There’s a certain rawness to that particular aspect of their sound, of which the duo seems to be turning into a vehement drive to prove to others that they do indeed possess the flair and virtuosity to create aural soundtracks unlike any others. The recently released Fields EP does indeed flesh out their potential a little bit more, with Faris and Aizi taking their brand of chillstep into more sensual and exploratory territory than before. One could argue that the whole Enya by way of trap template has been done to death before, but the duo’s execution makes them one of the better proponents of that sound.

The future might bode well for the duo, if the local scene continues to grow more amenable towards the idea that Malaysians can be just as good, if not better than our counterparts from across the seven seas. They’ve got a lot to learn, especially in terms of mixing and constructing catchier hooks at will if they do want to make it to the next level. But all that will come with experience. There also hasn’t been a better time for their talent to bloom, with so many others in the scene for them to learn from and to work with. If they do maintain their relentless pursuit for more, that and their natural talent will definitely carry them far.

Sure, they aren’t there just yet, but keep this in mind: They’re both still 18 for crying out loud.