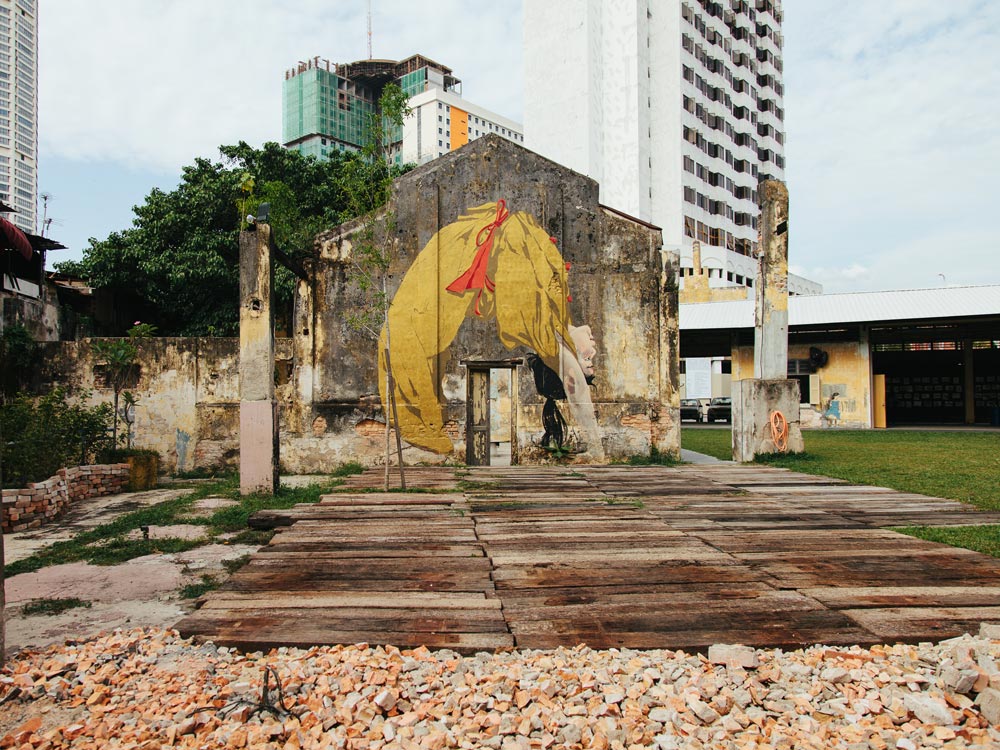 The clichéd recognition often granted to Penang is as Southeast Asia’s #1 culinary hotspot (a claim validated by even travel guide Lonely Planet), but George Town has also cultivated a cultural renaissance on the island. From the focus on Ernest Zacharevic’s street art as a tourist attraction in the past five years, to George Town Festival’s increasing prominence as a culture and arts festival in the region, to the repurposing of Hin Bus Depot as an art centre, as headed by culture collective Ze Arcade Paint’s Khing Chuah, Penang has become something of a hub for the arts.

On Saturday 28 May ’16, you’ll see a manifestation of this notion in CREATE – the first “crowd creation” festival in Malaysia – at Hin Bus Depot Art Centre. Aspiring to bring a diverse group of urban creatives together for collaborative efforts and experiences, the festival will see CollaboArt – a curated graffiti piece paying homage to things emblematic of Penang by Koh Yung Shen (The Swagger Salon founder) and DJ Ramsey Westwood – as its centrepiece. Being a crowd creation festival, guests will have something to do as well as they can look forward to participating in several activities, namely the still vague #mashtag and a goodies-unlocking crowd cycling activity.

Aside from that, explore the premises for an organoleptic odyssey that will trigger all your senses. Notably of the musical kind, as the main stage will see Singapore’s YouTube-sensation pop band The Sam Willows alongside locals Paperplane Pursuit, Backyard Buskers, Alexis G, Talitha Tan, and Ramsey Westwood. The last time Penang held an event of this magnitude, they made it into Vice‘s The Creators Project, so don’t miss this!

To attend, visit www.create.net.my and register for an invite. Strictly for those who are 18 and above only.

Show your support by using the hashtags #CREATEMY, #THINK, #INSPIRE, #EXPERIENCE, and #NEWEXPERIENCES for any CREATE-related social media postings.