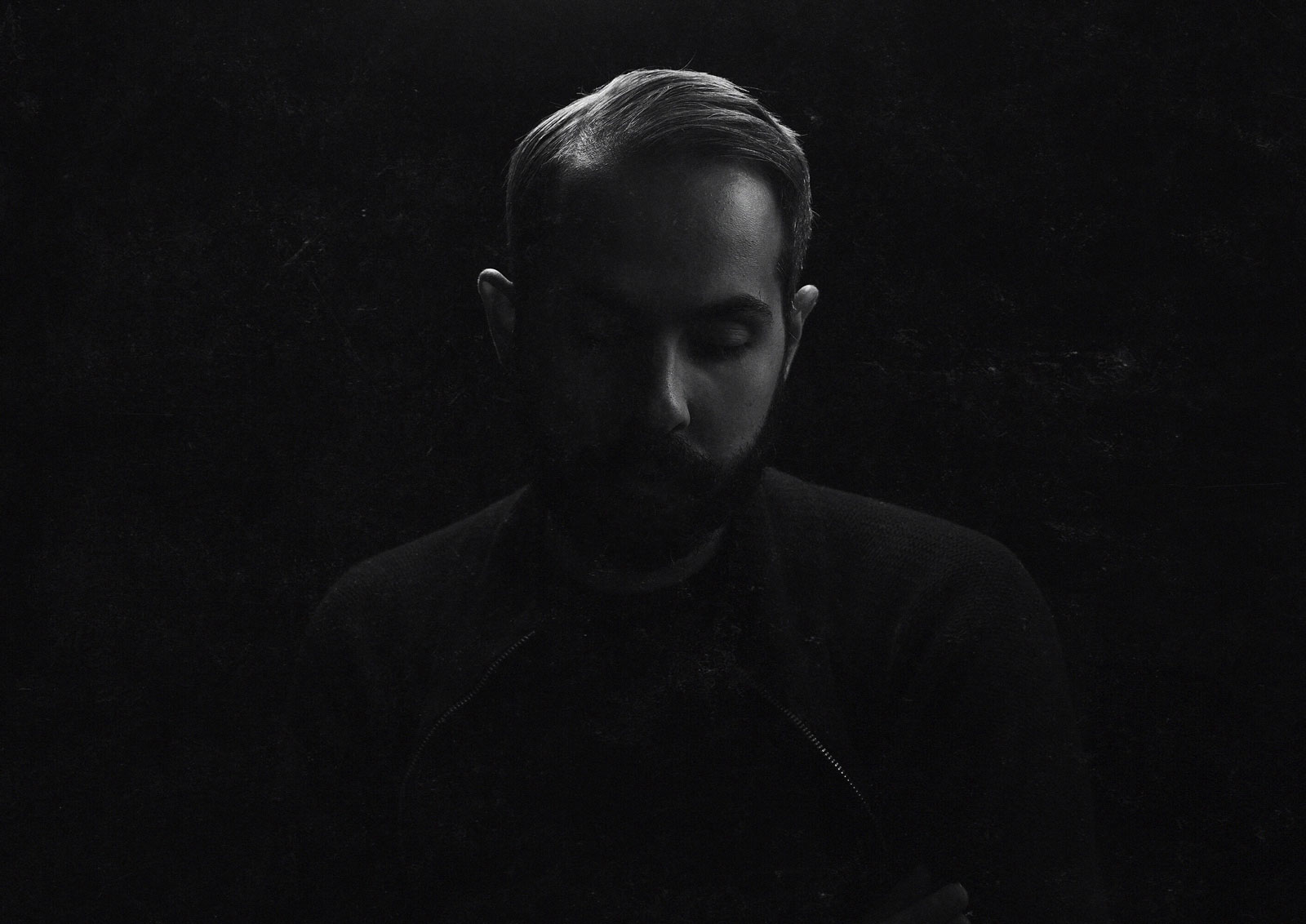 Despite only having one EP and one full studio album, Cigarettes After Sex, led by El Paso native Greg Gonzalez, have been around for the past decade refining their sound. Though ‘evocative ambient pop’ might be the best way to describe their music that has since gone viral on YouTube, gaining them a global fanbase and a record deal, Gonzalez himself is a fan of the heavier side of rock and cites Metallica as one of his influences as well as iconic jazz trumpeter and arranger Miles Davis. JUICE spoke on the phone with Gonzalez about his music, sincerity, chillness, and smoking habit.

You have the simplest yet random band name we’ve ever heard that aptly describes your music. What were some of the other band names you considered before sticking with Cigarettes After Sex?
Oh, that’s a tough one. The thing about that is I’ve been in this band since 2008, so I’m trying to remember if there’s anything that I had before that. There was a band that I was in just before this called The Tonights, which is a completely eclectic sounding name.

The Tonights?
Yeah, just cause I thought it would be sort of a ‘50s vibes-influenced band.

“For me, the things that matter the most are the relationships I’ve had with people over the years and moments.”

You’ve said that while playing you relive genuine memories related to the songs. Are all your songs based on personal experience? Would you ever consider writing about a non-personal subject? Say, feminism or Trump’s Wall?
Usually not. But with that in mind I have this spirit of just writing, you know? For me it just goes naturally, I just feel like I want to operate on that style. I do like political artistes like Neil Young. For me, the things that matter the most are the relationships I’ve had with people over the years and moments – and things like that. I think by sticking to that it makes my writing stronger for the moment. Maybe later I’ll experiment with things like that. For now, I feel like I’m in a good spot.

It’s often said that the lyrics don’t matter in songs as listeners are focused on melodies rather than words. However, your lyrics seem to complement your music, even at times when the vocals aren’t as decipherable. Do you write your lyrics before making the music? How many rounds of editing do you go through before settling on the right words?
Almost always, the lyrics are done after the song is written – after the melody changes are in. Just because I feel like I can write the song more easily if the melody comes naturally, and if it changes I feel like I can almost improvise [my writing] around it and it’ll be fine. But the lyrics in your question though, would actually take, sometimes, quite a bit of time and I could go through a thousand drafts until I get to the right spot. In trying to explain moments so articulately… it needs a long time to make every line count, to make every line feel like it’s special that you could pick it out and make it feel like it’s a special line in any other song. So something like that takes a lot to be satisfied with. Sometimes you get lucky.

Do you ever worry that because your songs are about your past that you’d eventually get trapped in it?
Yeah, I kinda thought about that before to sort of challenge myself on those terms. But I think on this record there are moments of the present. For instance, there’s a song called ‘Sweet’ which is just… something like someone writing a song in the moment and describing the way that they feel. That’s as in the moment as possible, I think. So I guess I feel like I’m channelling that but there are also these moments of being in the moment or looking to the future of that moment. But I’m not worried about it. I think if it’s too conscious it becomes stale. You know, memorised? I have faith in myself as a writer to offer my listeners something else, so it kinda grows along with them.

Some of your songs are about actual relationships. How do the women whom you’ve write about view the songs about them?
Luckily, it’s sweet to know they all seem very flattered at the emotional expense. Sometimes they don’t really care… it’s something like a little letter to someone. It’s still a sweet letter.

Do you let anyone preview your songs before they’re recorded?
Usually not. I’m actually quite superstitious about them or at least that someone’s input might change them, so I don’t show the songs to anyone until they’re recorded.

Does it feel weird that you’ve received so much attention with just one studio album? Or does it feel like it was a long-time coming as your first release, the I EP, was actually back in 2012?
Yes, it definitely feels like it was a really long time coming because I kinda initiatively driven it in 2008 and gone through so many changes and it’d been so thankless for the longest time. I’ve gone through so many downs. I just want to be grateful for whatever is happening now.

“I knew I could make good music but I didn’t know anything about the business.”

What are the top three things that happened to you or that you executed since 2012 that helped your career?
I’d say right away that it has to be meeting our manager. That really helped with the business aspect. After our song went viral on YouTube, there were all these things to deal with and I just needed help at that point. I knew I could make good music but I didn’t know anything about the business. I didn’t know who to talk to and I didn’t know what to do with all the attention we were getting. So our manager was really helpful. I think if I didn’t have that, things could’ve easily derailed for me… (pauses) I’m still trying to think of the other two things. Also, coming to Europe for the first time and seeing what the music meant to our fans in Europe and the UK, that’s pretty much mind blowing. And what’s great about that is that it’ll kinda extend to Asia, which we’ve never seen, and have no idea what the extent of our music is over there.

Critics have categorised your band as ambient pop while you’ve described your music as romantic ballads. Could we say that you’re on a quest to make soft rock popular again?
Yeah, I wouldn’t mind that too. Soft rock is kind of a dirty word (laughs). If someone called us soft rock, it’s quite alright, I listen to a lot of bands like Bread too. There are even some Beatles songs I like. I wouldn’t be offended by that at all.

“I actually grew up listening to Metallica and stuff like that.”

While we’re on the subject of the past, there were many good rock bands that reflect the softer side of the genre well. But in your opinion, what’s that one, big cheesy rock band that spoiled the concept of the rock ballad in the past?
I actually grew up listening to Metallica and stuff like that. They would have their ballads like ‘Nothing Else Matters’ and I would be like, “Oh okay, they’re doing a ballad now.” And I would like it cause it’s a great song too. Of course I like all their heavy stuff too… I’m trying to think of a band that just segued and did a lot of ballads. It seems like these guys did both the hard stuff and the soft stuff. Tough question, man.

You’ve been called “the most chilled out person in rock.”
Oh, really?

Really. Should an artiste’s personality be a reflection of the aesthetic of their work?
I don’t think so. There are a lot of people who seem really mellow, then just get on stage and just like, destroy the crowd. They could be in a trash metal or grind band but they’d be real in real life. For me, I think it’s not as important as the music is really just an extension of my personality. It feels projected from me, so it feels nice for me, like it’s all in one piece. It doesn’t feel like, “Oh, I don’t really shut up when I go onstage.” You know, like I’m in a death metal band all of a sudden.

For real? Is that a side-project?
(Laughs) Probably not.

“We were playing a show at Manchester last night and I looked into the crowd and there was this girl just sobbing uncontrollably. And when I saw her, I almost couldn’t get through the song.”

When was the last time you flipped out and what was it about?
It’s strange. I’m not sure if this counts. We were playing a show at Manchester last night and I looked into the crowd and there was this girl just sobbing uncontrollably. And when I saw her, I almost couldn’t get through the song, I was getting choked up. I almost couldn’t finish it, it was really devastating seeing the expression on her face. So yeah, maybe last night. I was on the verge of tears.

Do you smoke? How many lighters do you go through in a month?
Yeah, but for me it’s more ritualistic. I’m not a pack-a-day smoker. I like to smoke on special occasions, pretty much if I have the mood. Yeah, definitely not like… you wouldn’t call me a smoker.

Urbanscapes 2017: Cigarettes After Sex & Ulrich Schnauss (live) + Nat Urazmetova (visuals) (supported by Juna and Hanna) is happening on 9 May at The Bee, Publika.