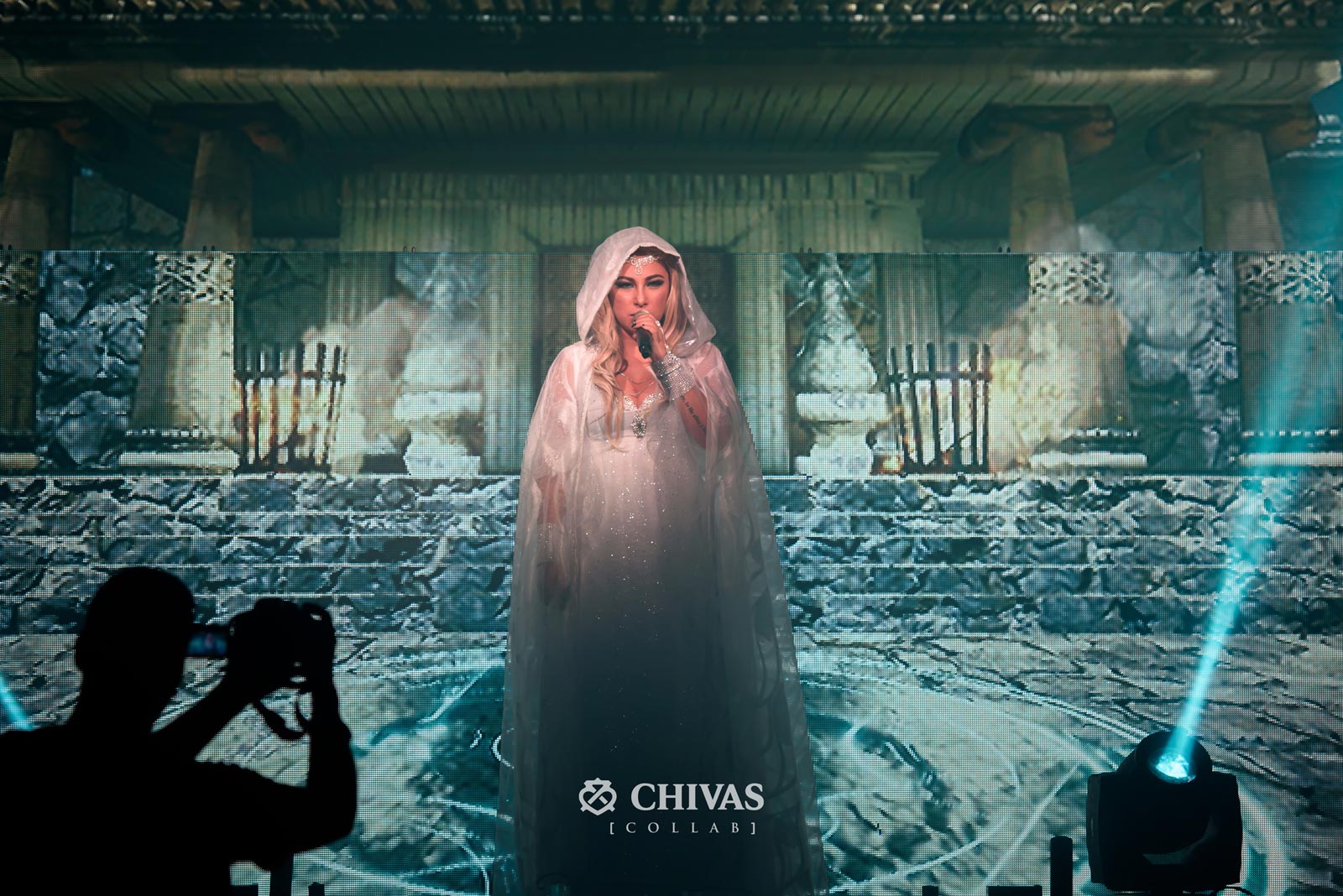 Michael Bay, given free rein, turned Transformers into a mishmash of fantasy and sci-fi tropes that befuddled already confused longtime fans further; The Last Knight had Arthurian legend and the ‘bots as the base of mythic dragons over a shit tonne of Baysplosions TM. With the first Chivas Collab: ETM last Friday 20 October, Chivas proves themselves the liquor equivalent of Bay’s excess – and judging by its 800-strong crowd, like Bay’s blockbusters, partygoers like it exactly that way.

Held at Envy KL in the heart of Bukit Bintang, the party is the promise of the event’s namesake – Electronic Theatrical Music – fulfilled. Over a massive LED screen-lit stage, the production officially begins with a CGI rendering of what must be leftover, unfinished footage from Cosmos: A Spacetime Odyssey, though unfortunately the narration that follows isn’t by Neil deGrasse Tyson. There’s some kind of fantasy narrative being told via the voiceover, but that barely registers once Khaleesi strides gracefully onto the stage holding what looks like the glowing orb Trump was forced to touch in Saudi Arabia. From then onwards, it’s Baysplosions TM throughout, baby!

Dothraki migrant Dennis Yin is finally given a platform to showcase the misunderstood tribe’s culture, dancing aggressively with his troupe on stage and at one point even utilising fire-lit poi. Boom! Joey G blasts dance music straight from the mid-‘00s. Khaleesi – we mean Joy Shavini Victor – returns to expand the production’s narrative with her vocal prowess. Bam! DJ Nikki and a teahouse of geishas appear before the former rises to the DJ deck to spin tunes from, maybe, the heydays of Future Music Festival Asia. A group of ninjas and other Mortal Kombat combatants fight it out – one is possibly Kitana? Btw, there are also kitaro drummers now. Bamph! Music director Cuurley takes up the DJ deck. Whoa! Aerialist Jane Victor Solberg hovers slowly to the centre, clinging to her hoop, and jaws agape at her stunts. And before our senses are overwhelmed from the combination of our consumption of the brand’s Scotch whisky and whatever it is that’s happening on stage, violinist Robert Mendoza covers Game of Thrones’ theme song among other pop hits.

Michael Bay inserting Merlin into Transformers lore got nothing on Chivas.