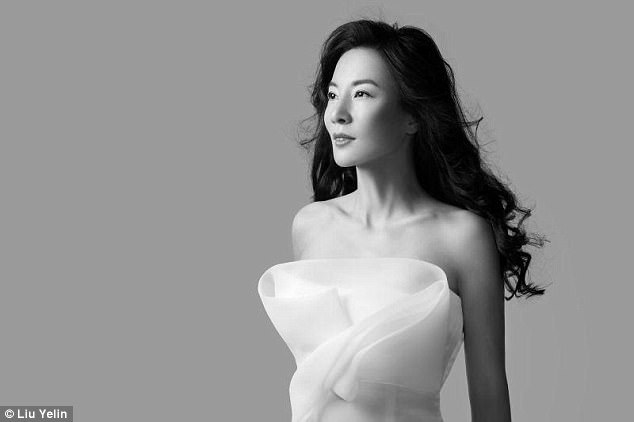 Liu Yelin has been making headlines with her toned figure and wrinkle-free smooth skin, fooling netizens and strangers into thinking that this mother – who is approaching her 50s – is dating her own son. It’s easy to mistake Liu as her son’s girlfriend from these images, uploaded by the retired librarian onto her Weibo account that has over 70,000 followers thanks to her recent Internet fame.

Those aren’t the only pictures that made Liu #goals among the ladies, her bikini-clad shots are also enviable, making it harder to believe that this woman barely uses cosmetics to enhance her beauty. Even after childbirth, the only physical changes that Liu received were facial features that are more mature than her 15-year-old self.

Her biggest secret? An active lifestyle is the simple answer. But let’s get down to what really makes a difference in the human-ageing process.

Liu, a self-proclaimed fitness enthusiast does weight lifting on a daily basis but her favourite pastime is to swim outdoors, especially during the winter. It’s a test of endurance for Liu, who has been swimming for three decades. According to a source, Liu was quoted saying, “When everyone was wearing down jackets, I had to strip down to my bikini and dive into freezing water. It’s a test for my will and perseverance. I often had to force myself to do it.”

The underwater sport has been known to be beneficial, but what makes it different from the other sports is its effects on the brain – which in term is a result of the overall process of swimming working the body in very different ways from other out-of-water sports. Although we also gotta admit that we rather be wet because of water than sweat when we’re exercising, ja’ feels?

We think most of you would agree, that if you had a swimming pool right outside your house, you’d probably be exercising by swimming more than jogging (which is what most city folk do as there are parks at most urban housing areas). But did you know what could happen if you jogged the wrong way? Complications and even heart failure could result from pushing yourself with bad techniques, and there is more room for mistakes in resistance-less training like jogging compared to low-impact swimming.

Now let’s be honest here. We’re not all Greek, err, Chinese Gods and Goddesses. Not all of us can be like Liu, who has swam across the Han River in South Korea and Yangtse River in China, and then took it up a notch by swimming across the Strait of Melaka from the shores of Penang for four hours non-stop, covering 12 kilometres of water, last year. That’s stuff to aspire to, we get it.

But the small change from jogging to swimming, even for a short period of time, can do wonders for your body. Swimming is so awesome that we have to stop here to break down the benefits in point form:

In an article published by mic.com about swimmers and how their brain differs from us common folks, scientists unravel the effects of swimming in some of the world’s most famous swimmers, mainly Michael Phelps and Katy Ledecky. According to the article, “The sport fosters highly disciplined, focused and even shy personalities” as evident in Ledecky who feels “‘quiet like an assassin before races.”

There might just be a correlation between working out in the water and mental focus. It comes to no surprise that Liu mentioned her tough workout schedule (swimming included) helped shaped her character into a more straightforward and stronger one.

All in, you got to ask yourself, do you want to achieve a consistent and perfect state of mental and physical health, or do you just want a rocking solid bod at 50? Do you want to be a Jedi Master or an internet sensation? The latter is just a result of the former.

Having problems staying true to your New Year’s Resolutions? Checkout some more friendly-health advice from us here.