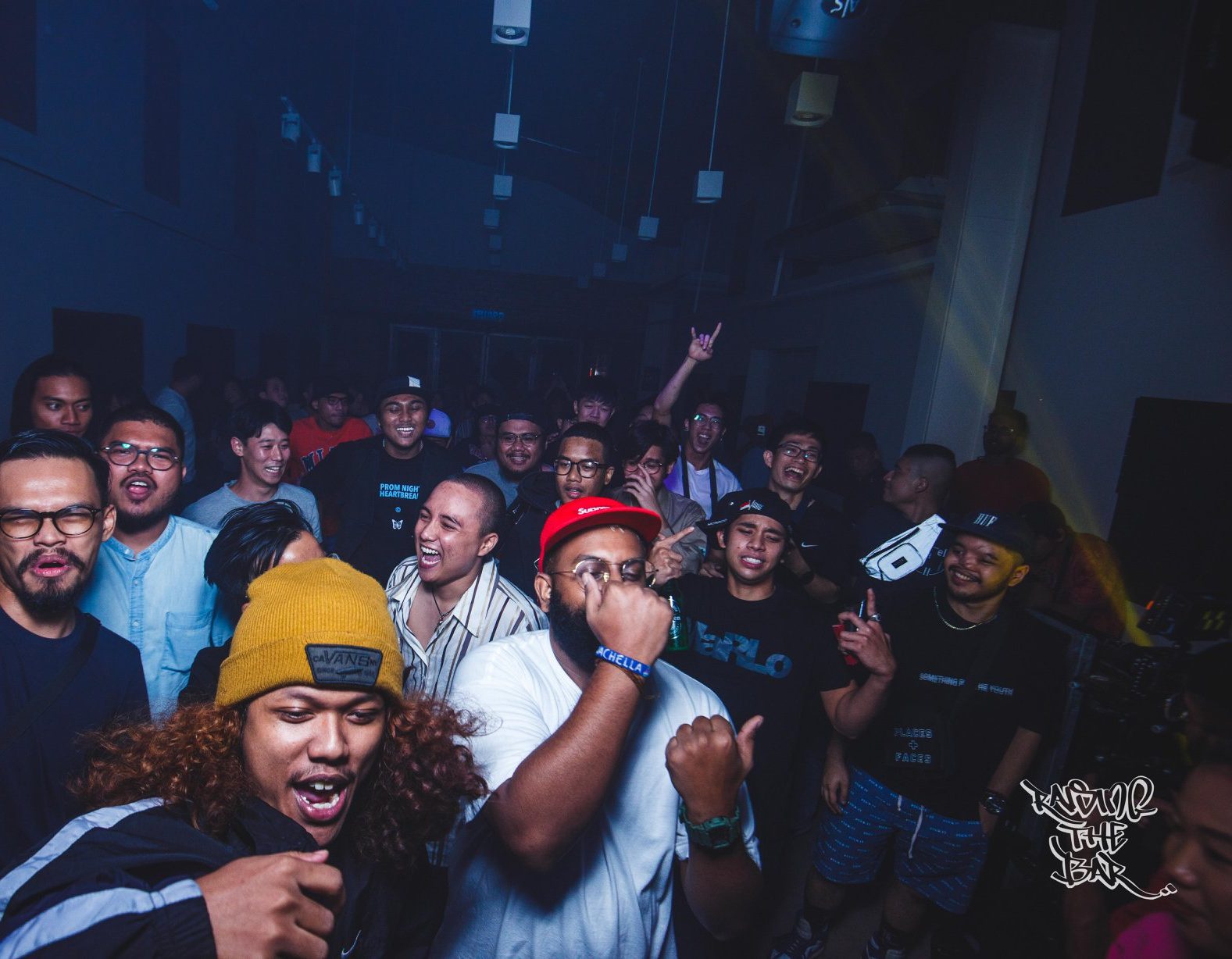 Like it or not, we rarely get to see local hip-hop rappers from other states performing here in Kuala Lumpur. Solving that problem, Original Matters are teaming up with Raising The Bar to bring us Raptober that will be happening on 27 Oct, which is next weekend, at The Bee Publika.

Don’t get us wrong, we do love our KL-based rappers, but we think it’s time for hip hop fans to explore and check out what these artistes from Kedah, Johor Bahru and Kuantan are bringing to the table.

What better way to do that than by experiencing their music live! And you also can’t go wrong by putting in Chronicalz and Lil J in the line-up to represent KL city…

Before we get on with the head-bopping and the stank faces, here’s who and what you can expect at the show:

This politically outspoken rapper has been around for some time now and he’s finally making his KL debut as a solo artiste. We’re looking forward to listening to his freshly released album, Setan Dan Manusia that has gotten everyone talking. Definitely the one to keep your eyes on.. Listen to his social commentary in ‘Orang Macam Aku’ in the video above.

Also no stranger to the hip-hop scene, B-Heart was born is Sabah but raised in Kuantan. Not your typical beach boy, B-Heart is diverse as he can drop straight-up uncensored rhymes to slow love songs through his vocal abilities. The 23 year old has been perfecting his craft and we can’t wait to see it ourselves, itu pasti.

$an is an upcoming rapper from Kedah who is currently under LQ Musiq. He isn’t shy on calling others out hence the song ‘7RIBUBARIS’ in response to Joe Flizzow’s 16 Baris. Don’t sleep!

Another Johorean, Kayczar is an emcee and beatmaker who’s new to the game. If you like chill hip-hop beats, then this rapper is for you especially with the way he flows along-side his sharp voice complementing the tracks. Don’t be fooled though, cause he can still go hard on us too. Check out his most recent project ‘The Vault Series’ on the Soundcloud playlist above.

This 18 year old got everyone’s attention when he dropped ‘Bata Got Hype’. Both nostalgic and relevant, this Pandan boi knows what’s up. His gedik flows are exactly what we need in a scene full of monotone-rappers, sorry not sorry.

A stand-out from 16 Baris, Lil J won’t be overshadowed by just that. This 19 year old is dropping bangers on his Soundcloud, like ‘Don’t Lie’ above. Known for his fiery free-styles, we can’t wait to see where he goes next.

Get your tickets online by clicking here.

Enjoy Good Food, Music, Movies Under The Stars and More at Quayside Fiesta

Bigger and better than ever, Quayside Fiesta is back!