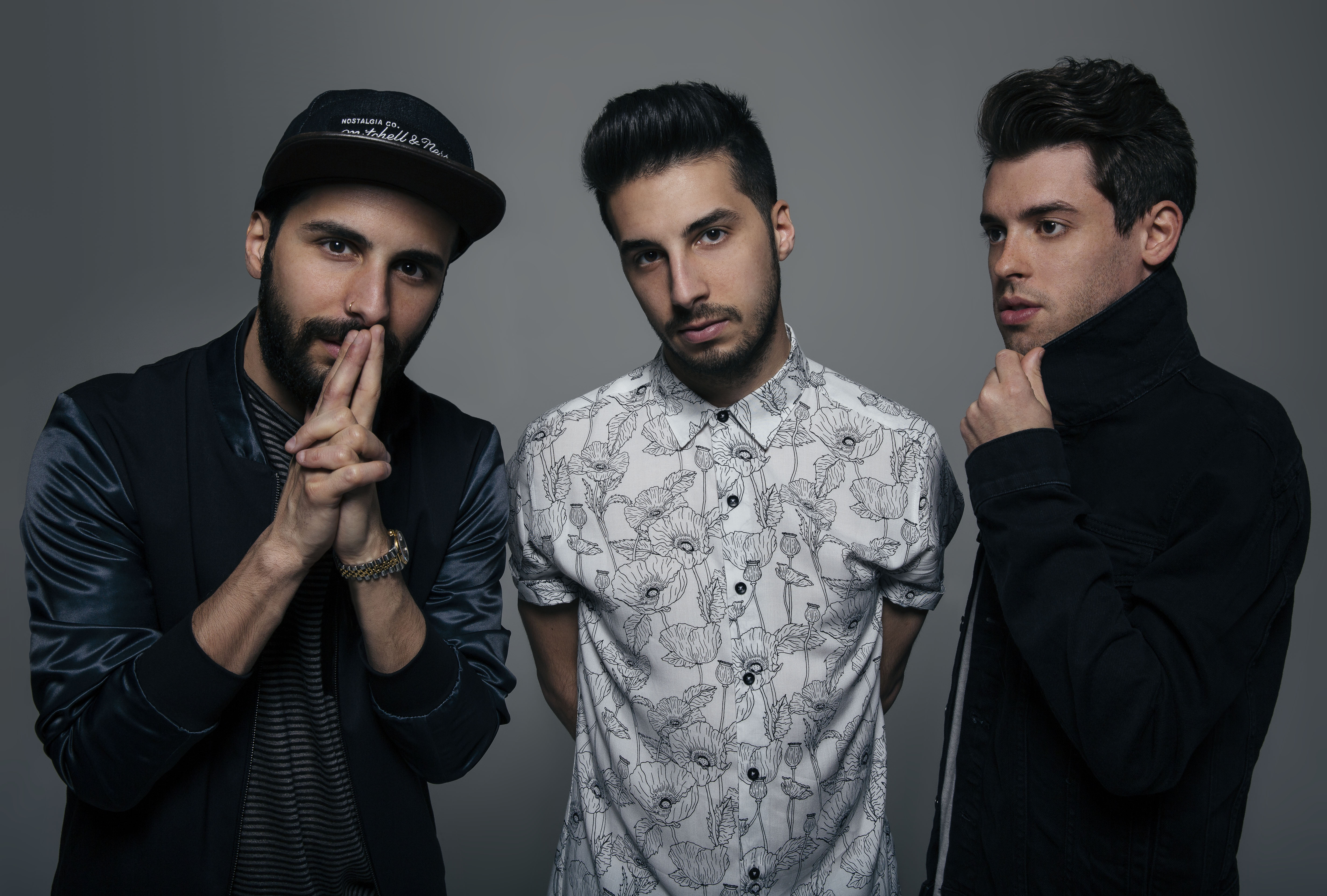 Good things come in threes they say, and that can be a true testimony by brothers Jean Paul & Alex Makhlouf, and long-time friend Samuel Frisch. The trio grew up in New Jersey together, and made music as a synth-pop band but it wasn’t until they found success in their remixes that the boys fully ventured into the electronic dance music scene. The multi-instrumentalist producers gradually worked on remixes that naturally morphed themselves into banging dance floor hits that were done alongside artistes like Rozes, Busta Rhymes, and Bebe Rexha, they then packed all of that diverse creativity into Blood, Sweat & 3 Years, a full-length album that perfectly encapsulates their years of hard work and music evolution.

JUICE caught up with Jean Paul via phone as he explained more about their latest collaboration with English singer Conor Maynard, and how after so many years of music-making, they still find it hard to define their music that is ever-growing. Read on to know more about this group of risk-takers that make promising jams – fun hooks included.

“… our remixes started to really have an affect on our original music and eventually they kinda just met in the middle.”

Your transition from pop punk to electronic music was seamless. What did you listen to during that period of time that really helped shift your music direction to what it is today?
We were never really like a pop punk band, we were always like electro, like synth-pop electronic group. If you look at our whole evolution from 2008, it’s pretty seamless cause it was like with each album we put out, it would get more synth-heavy. We would do less guitars, and [add] more electronic drums. Throughout the whole time we were remixing for other artistes, so our remixes started to really have an affect on our original music and eventually they kinda just met in the middle, and now we’re here working with different artistes and we’re focusing more on just producing and letting it out with different features. It was a slow evolution, but it kinda all makes sense, y’know. For us, it was not just one artiste but more just an overall genre like what was happening with progressive house overseas, or even just like ‘90s dance music, we were big on that. When we started to get influenced by that at an early age, it was always in our brains. I think it was just a matter of finding how we were gonna do it and in what ways.

Because you did mention in previous interviews that your music before was very much like Cobra Starship.
Yeah, that was more [towards] synth-based.

Conor Maynard is a very interesting choice since he had his start covering songs on YouTube. Is that also how you discovered him?
Funny story about Conor is actually back in 2010 or 2011, we actually remixed one of his songs called ‘Vegas Girl’, so we knew him back in the day. We always thought he had a really good voice. We thought he was always, y’know, really emotional, like [he] had a lot of diction in his vocals. So when we were putting this together, he just kinda popped into our heads and it worked out really well.

“[Conor Maynard is] one of those guys that just nail it right away.”

What was the idea and inspiration behind ‘All My Love’? The energetic beat is a huge contrast to his raw voice and emotional lyrics.
Working with Conor was great because, y’know, he’s one of those guys that just nail it right away, he doesn’t have to work too hard to get it and it just makes a really good work – just a good session. A lot of time we’re just sitting there, tweaking things and he’s just great [at it]. But it’s just one of those emotional songs everyone can relate to whether as a breakup song or something about someone you’re seeing, when things aren’t going along and you’re just think the worst.

Can you give us a little bit of insight on how the music video will look like?
I’ll give you a hint. It’s gonna be a curveball of what the song is.

“… a lot of big DJs would play our music sometimes in their shows, like Hardwell and Nicky Rumero, [and] it kinda made us what we’re now, which is in a position where we can make a difference.”

You and Cup Noodles partnered with SoundCloud to offer growing DJs a chance to open for you guys in LA earlier this year. Was there a reason or motivation behind that initiative?
We just wanna find a way to give back because [back when] we were kinda trying to get started, a lot of big DJs would play our music sometimes in their shows, like Hardwell and Nicky Rumero, [and] it kinda made us what we’re now, which is in a position where we can make a difference. Why not we try to find upcoming talent and give back to upcoming producers?

Since you have experience in both the mainstream and non-mainstream scene, what are some of the things you learned from your time as a rock bank and your time as Cash Cash?
We never had mainstream success until about 2013/2014, when our music started to get into the radio and stuff, but I think… it’s a tough question, but seeing people sing the songs at the shows, that’s probably something that [changed]. We’ve always had fans, whether our music was on the radio or whether it was more of an underground thing, we always had a core base of people that like our music, so for us, we just kinda watch it grew up. It wasn’t like we went from 0 to 60, we were building, we just saw more people start to come around year after year. Some people have it overnight (laughs).

In EDM, which is a vague denominator in itself, different producers are known for their distinct sound. In your own words, what is Cash Cash’s own distinct sound that only you would know how to describe?
Whenever we get asked that question, we always say that we don’t know and that’s funny because a lot of people say that they think we have a sound, but when we hear our music we hear every song as a different song. I think like, maybe what people know us by is that we’re always doing something different. Like we work with rappers, we work with pop artistes, we work with rock artistes, we work with so many different singers on our songs, so we’re kind of constantly changing tempos, we’re constantly changing sounds. But maybe what unifies it all is our hooks, they’re fun, y’know? Melodic and stuff like that.

There’s also a good dynamic in your group, which makes the process much easier I believe. So how is the working process usually like for all three of you on a regular basis?
Well, we definitely fight a lot, my brother and I. We got that thing down but we’ve known Sam since we were little kids so we kinda have a good working relationship amongst the three of us where we know how to talk to each other and how to like, get things done. But at the same time, we all also know how to push each other’s butts. We have a good balance, I think. Just touring together for so long, it really brought us closer than most people get in their lives.