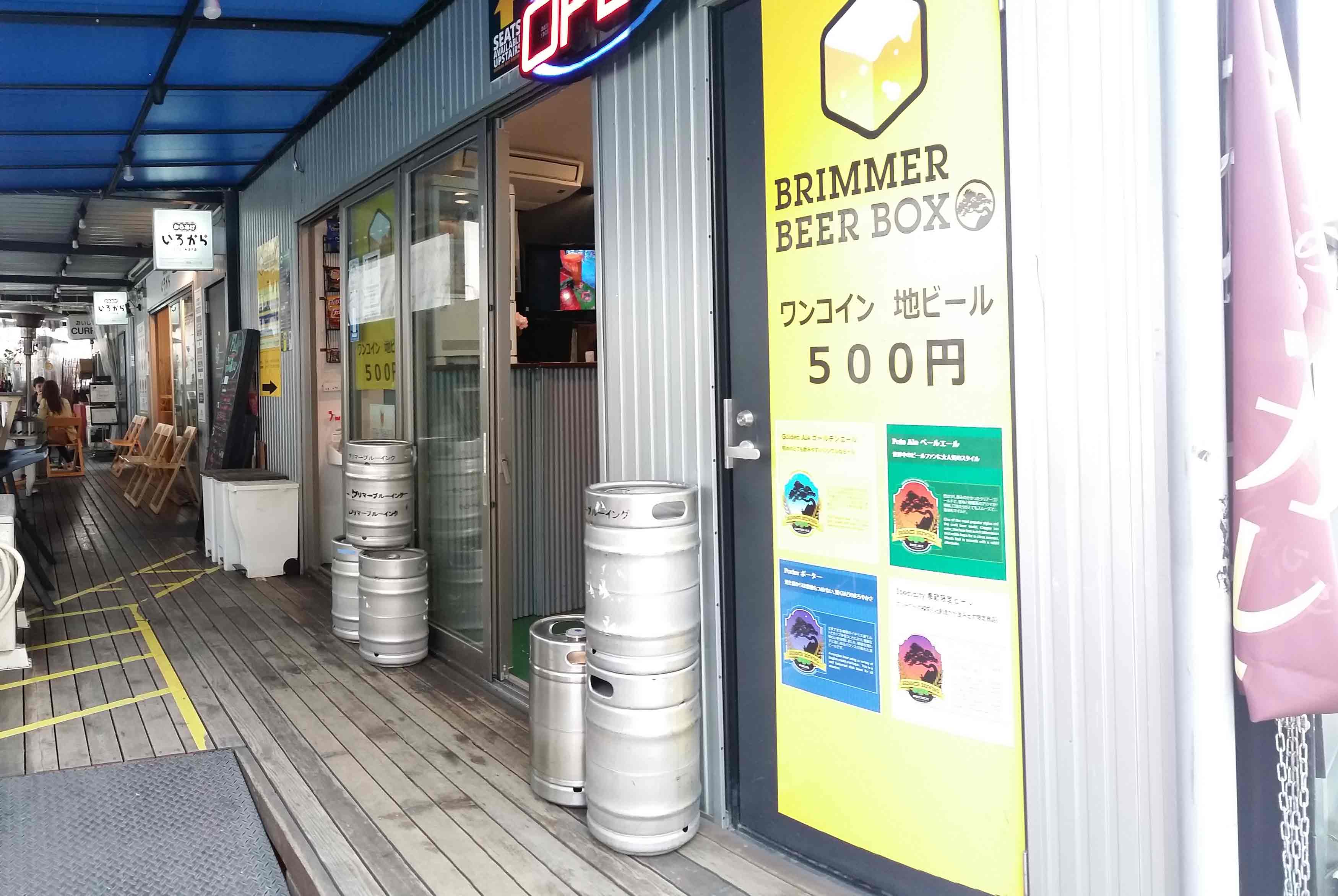 Contained, Crafted Beer
Full disclosure, Brimmer Beer Box’s existence in Aoyama would have never been made privy to this publication if it weren’t for Munchies and Vice Japan. Given the opportunity to travel to the mythical metropolis (for weeaboos, at least) that is Tokyo for Red Bull Music Academy, JUICE wasn’t going to limit our resources to just covering only the things that’ve got to do with what our benefactor paid for – all that time wasted on YouTube’s travel nooks should amount to something in real life, dammit. Naturally, the first non-sponsored stop should relate to our favourite pastime next to coming up with verbiage to pad what should be a short article – beer. Craft beer, in fact.

Relatively still a small albeit growing scene in Japan, this literal box (shaped and inspired by shipping containers) is the local champion of craft beer – they’ve got multiple awards to their name as proof! Upon stepping foot into the small space, John McCracken – the affable, unofficial mascot of Brimmer since the venue made Munchies – was surprisingly really there to bartend. His demeanour and appearance in Munchies’ Al-Kee-Hol weren’t a PR move by Brimmer Beer either, it turned out there were really only a few rotating staff members tending to the bar, and John was as talkative as he appeared on YouTube.

While bartender-customer rapport is essential to a good bar, and John’s got that locked down, the beer served, limited exclusively to its namesake – Kawasaki’s Brimmer Brewing, is of bigger importance. Luckily, the staple Brimmer Pale Ale, Porter, and Golden Ale found at certain bars in the city are there, along with their seasonal special (all priced at just ¥500 a glass), and they affect our refined palate the same way the hype suggested (they tasted like beer).

Being an actual box, there isn’t much for you to sate your munchies with other than chips. However there’s always the karaage chicken next door and the Brimmer boys don’t mind you bringing outside food either. The clientele ranges from your standard fare Japanese salary men to expats and tourists (such as yours truly) – all of whom had to socialise with one another, no such thing as drinking alone in such a confined space.

The minibar scene in the city is actually something of a touristy destination in itself, what not with Shinjuku Golden Gai – a small area of Shinjuku filled with miniscule bars gaijins would probably have a trouble fitting in – being the very model of the concept. Golden Gai can eat a dick though, that shit is overexpensive (you pay for table charge!) – Brimmer Beer Box is where it’s at.