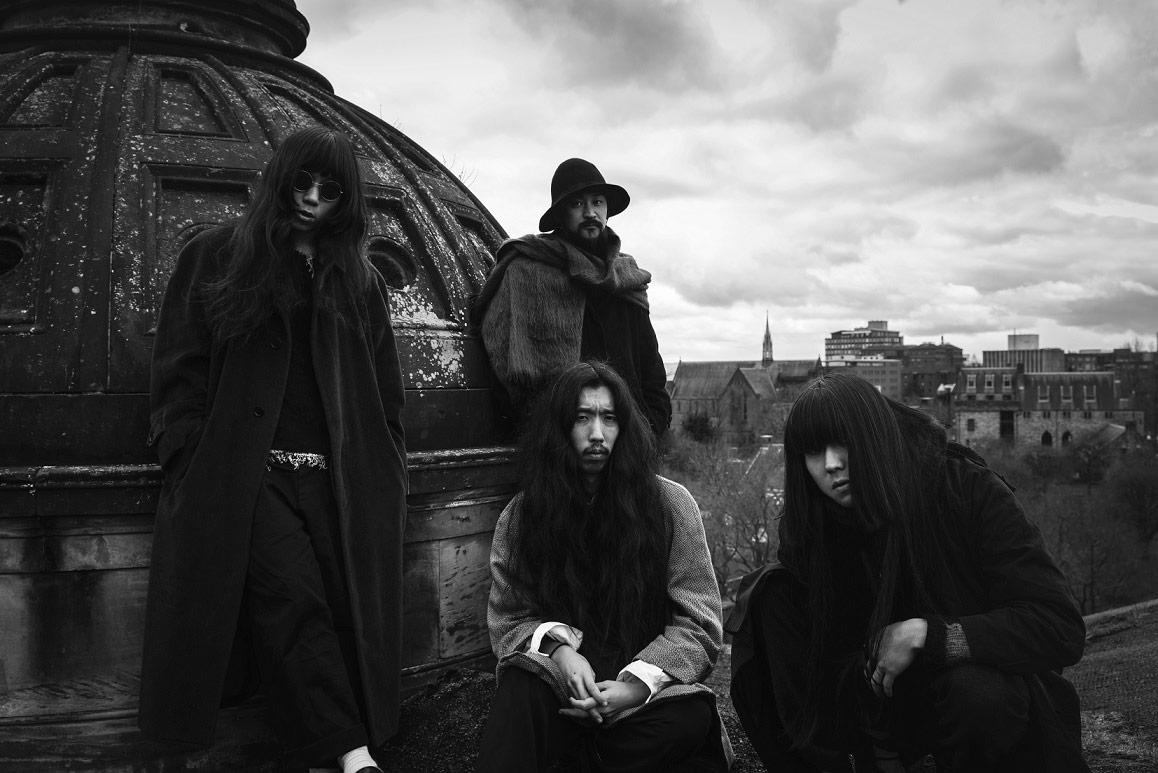 Taigen Kawabe (bass/vocals), Kohhei Matsuda (guitar), Yuki Tsujii (guitar), and Monchan Monna (drums) make up London-based Bo Ningen – an overtly ‘Japanese’ band from its lineup alone. Frontman Taigen would argue otherwise though; “We would sound like other Japanese bands based in Japan, both in good and bad ways,” he says when presented with the hypothetical question of being based in their native country instead of London. He’s not wrong, music journalists have had a field day attempting to label them, from “Faust meets Fugazi” to acid rock (a label that befuddled the band) to even Krautrock. And regardless of whichever genre they’ve tried to stick to the band, none were anywhere close to the sounds of post-Shonen Knife Japan. This Saturday 25 March, the band is set to perform in Kuala Lumpur for the Upfront series, so we invite you to pigeonhole Bo Ningen on your own. In the mean time, JUICE got a hold of Taigen over email and decided to have a light chat with the man – doggos were involved.

Bo Ningen means ‘Stick Man’. How did the band get such an unusual name?
My friend told me, “You are two-dimension when I see you from here, then become three-dimension from a different angle.” It was stuck in my mind for a while, then I met other skinny Japanese people in London to form the band, and then I came up with the name Bo Ningen.

“Bo Ningen is/will be alien forever in terms of genre.”

Fans are quick to point out what kind of music you make. But you guys aren’t interested in genres. What’s the genre you dislike being categorised the most?
No, I don’t mind [the band being] called any genre. It means we can approach more people and break the boundaries. Bo Ningen is/will be alien forever in terms of genre.

Your early music and performances were very experimental and playful. Did you guys ever have a serious band talk about changing your sound?
Well, we don’t talk about ‘changing’, but [we] always talk about ‘challenging’ to try something we haven’t done before.

You bonded with Kohhei over similar tastes in music when you guys met, namely contemporary and experimental genres at the time. What about Yuki and Moona?
They also had similar tastes too. And we literally met one by one, all in two to three months, I think.

Bo Ningen’s songs are mostly in Japanese but you also have English tracks with guest artistes. Are you planning to write and sing songs in English in the future?
Yeah, probably not the whole song but I can use English as [a] different ‘instrument’, it changes my flow, accent, and even pitch of my voice. It’s also a challenge for me to find a new voice from my body.

You have a song called ‘Inu’ which means dog in English. What is the song about?
It’s about memory and doggo in the park. Like, nonsense surreal dream but somehow [it] makes sense?

If Bo Ningen were a dog, what kind of breed would it be?
Shiba inu, for sure!

You’ve worked with artistes like Damo Suzuki, Faust, and Savages. What makes a good collaboration?
Yeah, we’re always hungry for great collaborations. I think respect and passion will bring chemistry as a result.

If Bo Ningen were based in Tokyo instead of London, how would things be different for you now as a band?
I think we would sound like other Japanese bands based in Japan – both in good and bad ways.