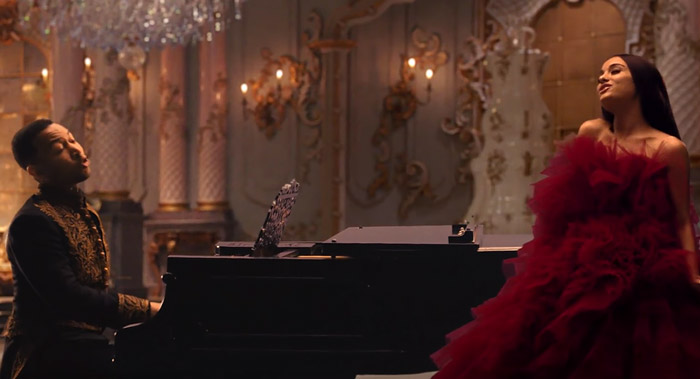 The music video accompaniment to the title track of Beauty and the Beast’s OST has surfaced. For this 2017 update, Ariana Grande and John Legend team up for an ode to the original sung by Angela Lansbury, which was more eminently known by its Celine Dion and Peobo Bryson’s version from the 1991 animated movie, which won them a Grammy.

This over-the-top, fairytale-like video sees Grande in an extravagant gown, almost resembling a loofah, joined by Legend, dressed in a modish, debonair jacket fit for a prince, at the piano in Beast’s castle. They sing for Belle and the Beast for the film’s ever alluring ballroom scene.

The live-action Beauty and the Beast film stars Emma Watson, with original songs by Alan Mencken and Howard Ashman. Celine Dion and Josh Groban will also lend their vocals to the soundtrack with some new materials from Tim Rice and Mencken himself.

More on the film here.