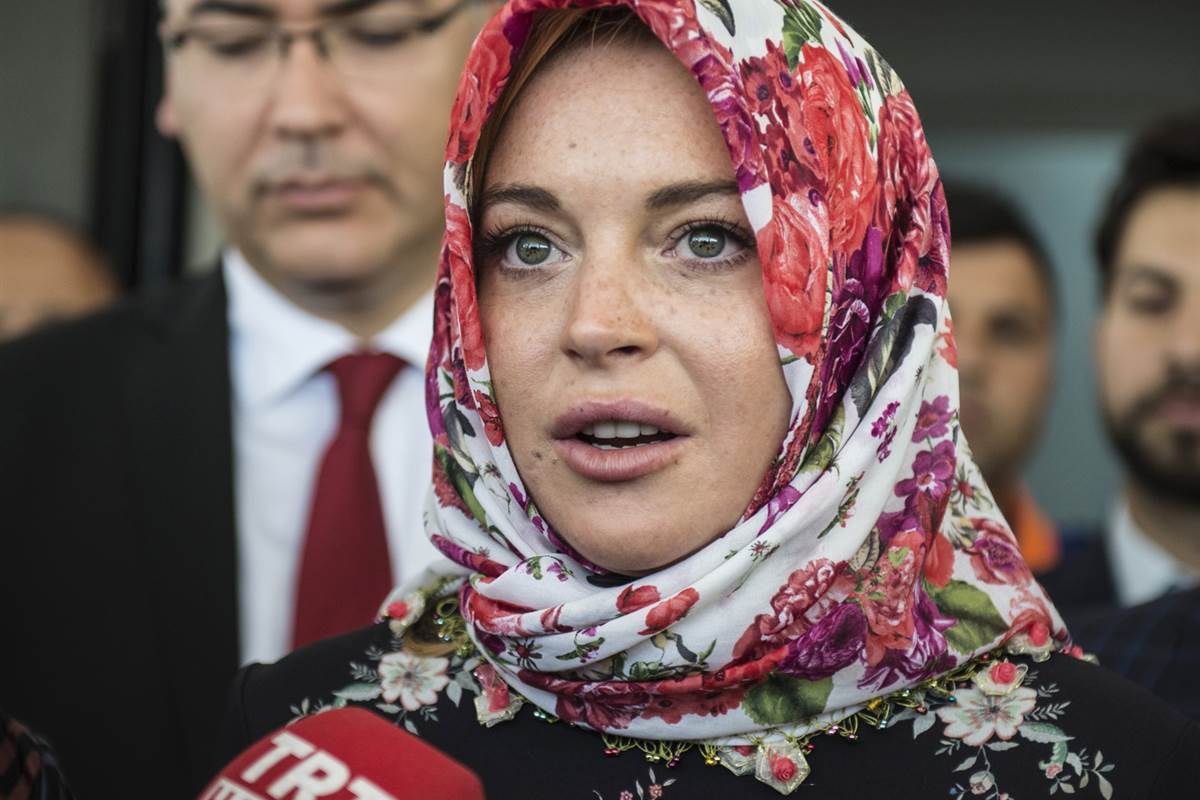 Eminent childhood star and adult flop of an actress, Lindsay Lohan, was stopped by immigration at an airport on her way back to The Big Apple. LiLo claimed to have been racially profiled as she was wearing a headscarf at London’s Heathrow Airport.

In an interview with Piers Morgan and Susanna Reid on Good Morning Britain, the Mean Girls star said, “I think studying the Quran is something that I find solace in. I do study it, nothing is confirmed yet.”

LiLo has been rumoured to be studying the Quran for a while. She was first spotted carrying a copy of the Quran while on community service back in April 2016. Earlier this year, the actress was speculated by the public that she had converted to Islam after deleting all her Instagram posts and left an Arabic message that read “Alaikum salam“, meaning “Peace be unto you.”

The Heathrow Airport responded to the news with the following statement through The Huffington Post:

“Heathrow respects the cultural and religious needs of all passengers travelling through the airport. We work hard to provide our passengers with great service while ensuring everyone remains safe and secure.”

But according to the British travel regulations, the rules state that “If you’re wearing headgear for religious or cultural reasons, you can ask for it to be checked using a hand-held scanner so you don’t have to remove it,” which would have given Lohan the right to decline removing her headscarf.

Lohan was returning from her frequent visit to Turkey and stated that she wore the headscarf out of “personal respect.” She claimed that an airport worker “opened my passport and saw ‘Lindsay Lohan’ and started immediately apologising, but then said: ‘Please take off your headscarf,'” which made her wonder “How would another woman who doesn’t feel comfortable taking off her headscarf feel?”

Gone are the days where she was known for her antics with Paris Hilton and Nicole Richie, now it seems Lindsay is moving forward and turning towards activism.