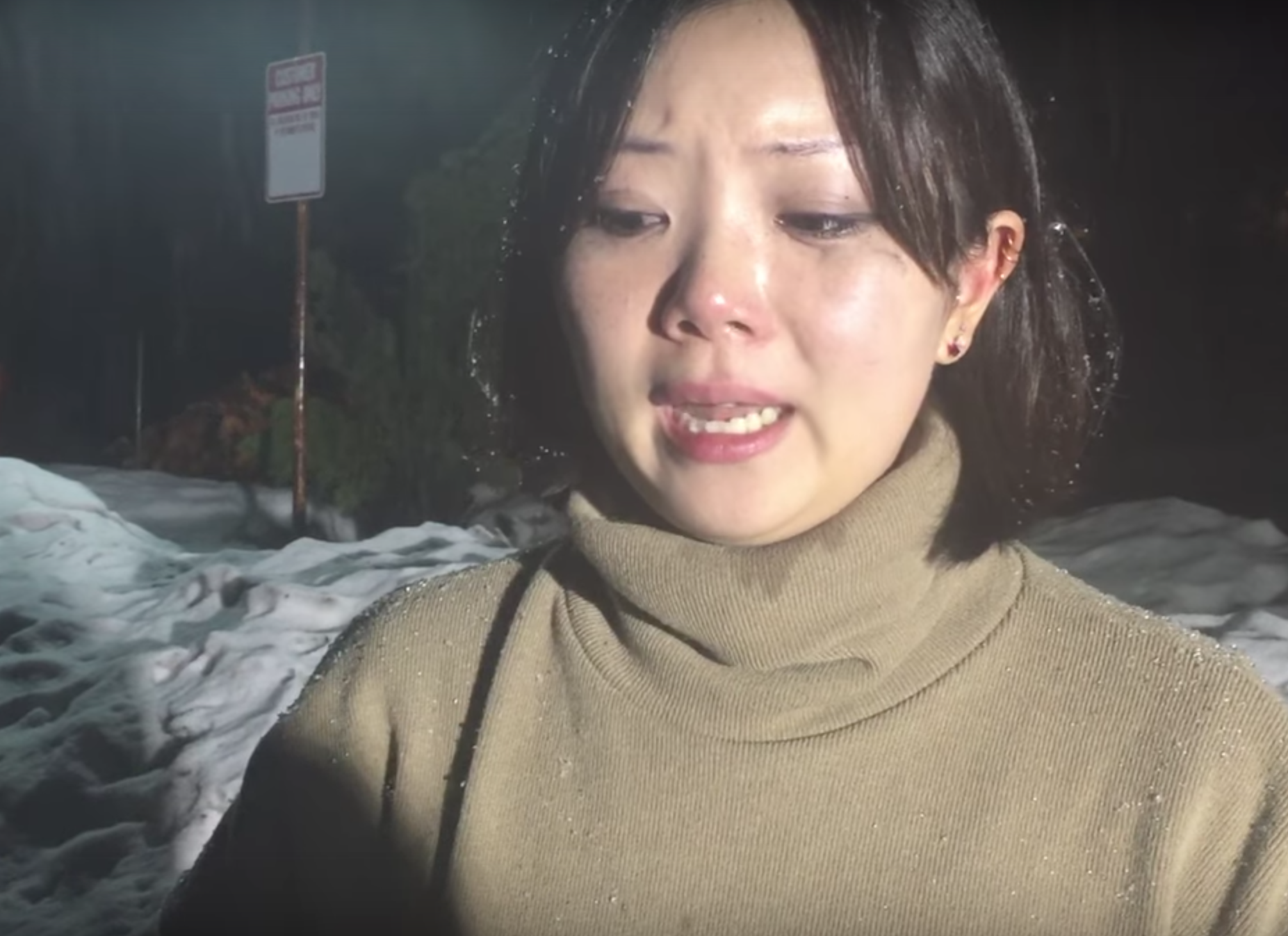 Imagine this. You’re on your way to a ski getaway that you booked a month in advance, with your fiancé and two more friends. You’ve driven for hours through relentless rain and snow to get to the cabin that you booked via Airbnb, and all you want to do is put your feet up and have a rest before you take to the slopes once the weather improves. You send a text to the Airbnb host, telling her that you’re close by now, and you’d just like to confirm that everything with the cabin is in order. Instead, you get a text back saying, “I wouldn’t rent it to you if you were the last person on earth. One word says it all. Asian.”

This sounds like a horror story dragged from the depths of a racist sweat-rag’s wet dream, but unfortunately, it was a very real experience indeed for 26-year-old Dyne Suh. The law clerk, a native Californian, was three minutes away from beginning her vacation when her reservation was cancelled by host Tami Barker. After the cancellation, when Suh protested that she would report Barker to Airbnb, Barker responded by saying, “It’s why we have Trump. And I will not allow this country to be told what to do by foreigners.” Barker has since been banned from Airbnb for life.

Suh also complained about Barker’s racist conduct to California’s Department of Fair Employment and Housing (DFEH), an organisation who have been partnering with Airbnb since last year to test for racial discrimination by hosts. The DFEH have now ruled that Barker must issue a personal apology to Suh, as well as pay a $5,000 fine, and attend a college-level course on Asian-American studies to better educate herself on racial relations. Kevin Kish, director of the DFEH, stated that this unconventional punishment was a result of “thinking creatively” and searching for punitive measures that “repair harm and transform relationships” instead of focusing for compensating people for harm.

Barker, however, is not without her supporters. Racism aside, full transcripts of texts between Suh and Barker leave enough room for one to assume that Barker had cancelled Suh’s reservation because of the latter’s insistence on bringing two extra guests and two dogs onto a property that was initially only meant to be rented out to two people. However, this begs the argument that, racist remark or not, Barker had promised to allow Suh to bring the extra guests and pets, for an extra fee of $50. And regardless of such an agreement, the racist remark was nonetheless completely uncalled for.

“I feel so hurt,” says Suh, in a video that was taken just after the cancellation, which you can watch above. “People thought, ‘oh, with the election of President Obama, racism is over in this country.’ No, it’s very much alive, it exists, and it could happen to anyone.” This is yet another incident in a disturbing trend of racial hate crimes rising across the USA, speculated to be influenced by the election of Donald Trump as President. Here’s to hoping we don’t see similar occurrences when booking our next holiday.