Word got out that a Southeast Asian-themed fantasy visual world-building project is on the way. If that sentence confuses you, get this; Malaysian artist Munkao is diving deeper into the folklore and history of this region that includes Indochina, Suvarnabhumi, and Nusantara (we’re talking about popular myths that you and I have heard about like Puteri Gunung Ledang, but with the promise of in-depth research) with the intention to craft a uniquely Southeast Asian fantasy world without simply replacing existing Western tropes with their Asian equivalents. Though the final product is still undetermined – Munkao says it could be anything from a game to a book of illustrations – this project is sourcing funding via Patreon in order to complete the package. The illustrator-cum-contemporary visual artist-cum-game designer behind the game Politiko has been working on this project, called A Thousand Thousand Islands, since late 2015 to give these characters, cultures, and worlds a platform to exist within their own context without the association of any Western reference. No mere template swapping here – in the words of the artist, “Pontianaks will not be Southeast Asian vampires and Bunians are not Asian elves, because they are not.” 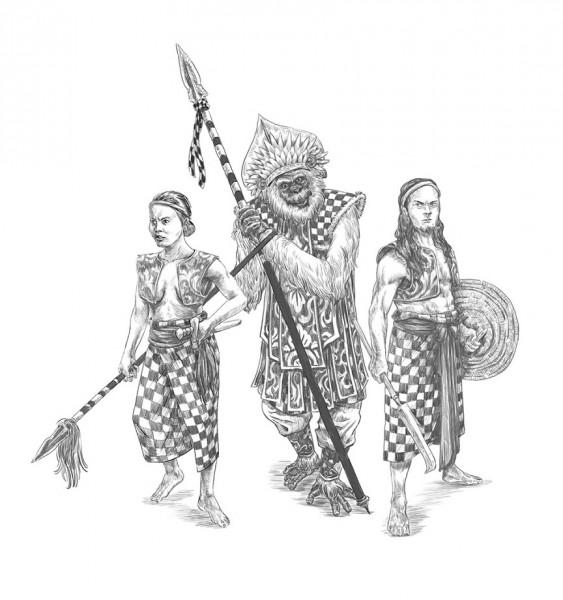 To help uncover the mysticism of the region’s history and stories, show some love for Munkao here.