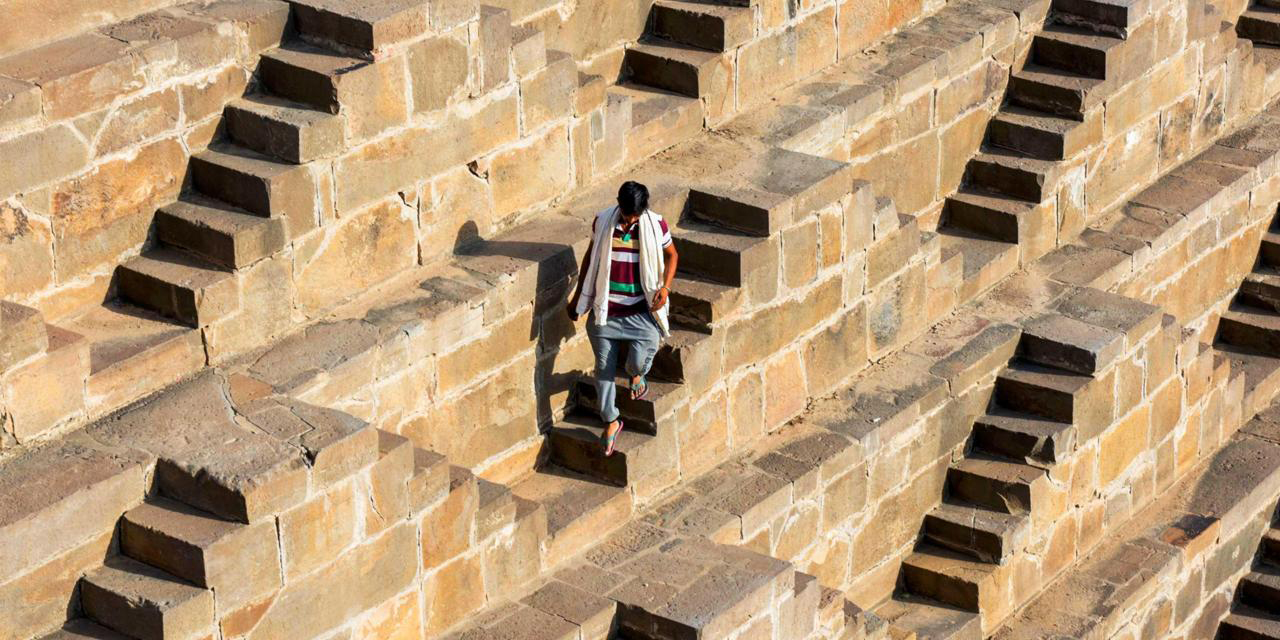 Like something right out of the ruined landscapes of the Uncharted videogame series, remnants of ancient India’s stepwells dating back to 600AD paint a picture of what the medieval solution for the nation’s perennial water shortage issue used to look like. Seasonal droughts are common in the region and mainly affect the Northern and Western parts of India.

Since the conception of stepwells, villages would enjoy a steady yearlong supply of water, but the technology became obsolete when India fell under the British Raj in the mid-19th century. Pipe systems were favoured as the British Raj considered these reservoirs to be unhygienic as well as a hotbed for disease and parasites.

The utilitarian nature of early stepwells has grown so complex over time that its grandiose designs are comparable to the work of renowned graphic designer Maurits Escher. These prominent in-ground architectural masterpieces also function like artistic reservoirs and temples where religious ceremonies sometimes take place amidst the intricately carved sculptures of Hindu deities.

Traditionally, it was a social hub visited by travellers and locals, namely women who were appointed the role of delivering religious offerings and collecting water. The precarious looking steps can descend as far down as 10 stories depending on the scale of the structure.

Without proper care required to preserve these monuments, most of these secluded underground ruins will crumble into extinction. In recent years, this issue has been brought to light by Victoria Lautman, a journalist from Chicago who has documented and explored these fleeting architectural gems. Lautman denies being a pro photographer but she could very well be Lara Croft, armed with a point-and-shoot camera small enough for her to hold between her teeth as she slips through shafts.

Having travelled across 8 states in India and dividing it over several trips, Lautman has conquered over 120 out of an estimated 1,000 still existing sites. Also, she has successfully raised awareness for the lack of care and appreciation for these beautiful structures by writing and holding lectures about the topic, perhaps even playing a part in stepwell Rani ki vavi being listed as a UNESCO heritage site.

Lautman has just released her book featuring coloured photographs of 75 stairwells she’s visited in India, with detailed and informative entries about each of these uniquely designed structures. GPS coordinates of the sites will also be provided for those who wish to explore these structures for themselves.

Learn more about Victoria Lautman and her newly released book, The Vanishing Stairwells Of India, here.