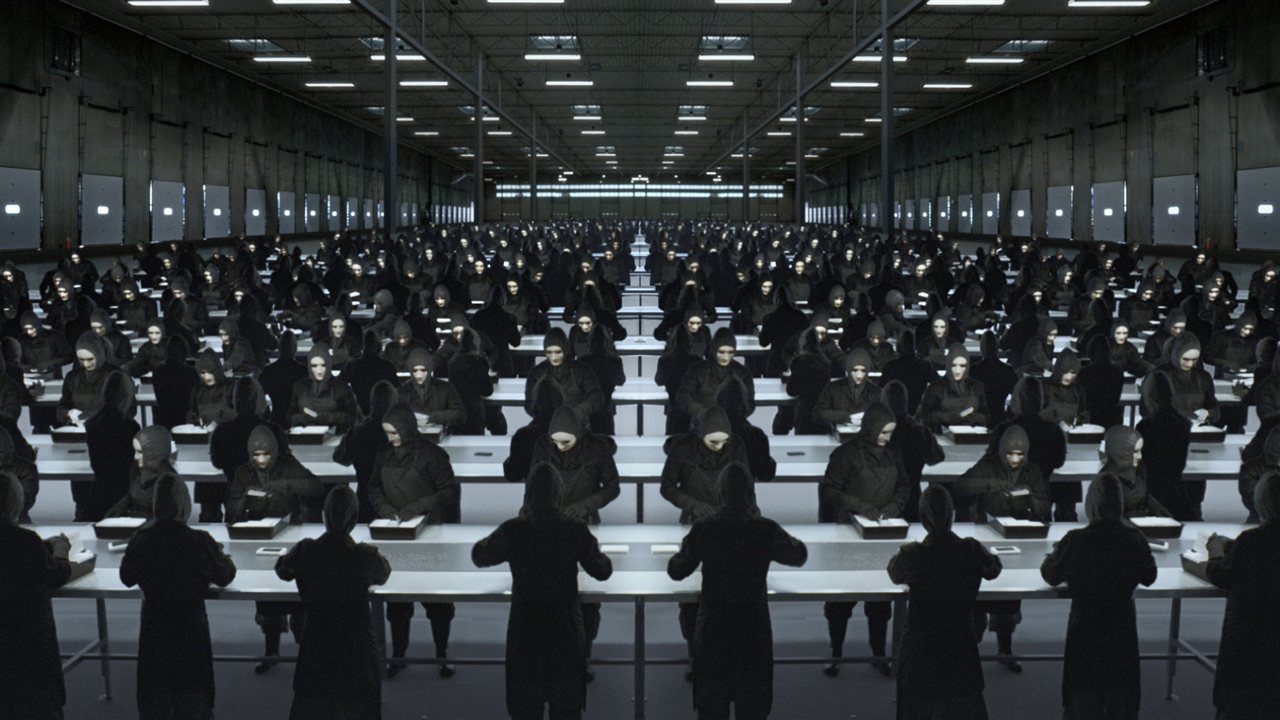 For a social media site that allows its users to speak their mind with only 140 characters, Twitter can be a land of controversy. While it’s fun to see people spill tea all over our Twitter feed sometimes, it gets a little nasty for our liking when drama unfolds into something worse. This week however, someone put their account to good use and shared with the world a couple of underrated indie flicks and television shows that most people have overlooked. Blame it on the lack of publicity or the intentional limited screenings that make hipsters pridefully say predictable shit about independent films only “they know about”, but we indeed found a thread full of unconventional, sadistic, and twisted gems courtesy of Twitter user @imanaidid. This isn’t a movie review by any means, just me filtering out some good stuff to binge watch on sleepless nights – although I’m sure you’ll end up sleepless after being mind fucked anyway.

It’s an indie cliché that you either love it, or fucking hate it. Directed by Norway native André Ovredal, it’s almost too easy to dismiss the solid acting performances when you’re sucked into the eeriness surrounding the well-preserved corpse of an unidentified woman. Mysteries unravel as the father and son – played by Emile Hirsch and Brian Cox respectively – operated morgue turns batshit crazy when Jane Doe (suddenly and expectedly) comes to life. The film’s climax shows a plot twist that plays an integral part of how the corpse came about, so don’t give up if the mild jump scares start to annoy you. The Autopsy of Jane Doe might not be suspenseful to some, but there’s a subtle creepiness from the start that’ll give you enough tension to stay till the end.

For a star studded cast that involves some of today’s biggest names like Chris Evans, Cillian Murphy, Michelle Yeoh, and Rose Byrne, Sunshine by Danny Boyle isn’t something many people would name if they had to pick out a sci-fi film from the top of their heads. Essentially a psychological sci-fi thriller, Sunshine carries visual similarities to Kubrick’s 2001 (no surprise there since it served as one of Boyle’s inspiration), with a straightforward plot of eight astronauts attempting to save a dying sun through nuclear fission. As the team soar higher into the stars, pressure for survival causes the astronauts to lose their sanity while trying to save mankind. What will become of us when the sun starts to dim? Guess we won’t know till it happens but watch the movie to get a taste of an unforeseen future.

Now, to the more gory stuff. Martyrs centres around Anna and Lucie, two psychologically damaged girls who grew up in an orphanage together after being physically abused for a long time; the film later then focuses on Anna as the prime character after Lucie commits suicide. Trapped in a house after discovering a young girl who was kept in an underground chamber, Anna soon becomes the subject of torture by a secret society that believes in the suffering of young women as a gate to uncovering the secrets of the afterlife. Hardcore gore fans rejoice in this brutal tale that doesn’t just torture for the hell of it, but leaves you with question marks on how much pain and abuse one can endure in a state of desperation.

Not a dark film per se, but this is Indonesia’s answer to Thailand’s Ong Bak, as mentioned by fans and reviewers of the movie. It’s a standard martial arts type film led by Iko Uwais as Rama, who plays a member of an elite police group that’s on a mission to terminate a crime lord at the slums of Jakarta. The action begins when Rama has to lead his team out of the rundown apartment room by room and floor by floor, while making it out alive himself. Expect a lot of bloody fighting, suspense and macho-ness from the guys kicking ass under the direction of Gareth Huw Evans, this will most likely entertain you if Tarantino happens to be one of your favourite directors. Not into petty dialogue? Good for you ’cause there’s hardly any in The Raid.

There’s a somewhat sick romanticisation of suicide in this film and that’s exactly why it is in this list. This film also marks the relationship of director Sofia Coppola and Kirsten Dunst, who’d later star in many of her other films. The Virgin Suicides gives us a peek of what life is like for the Lisbon sisters through the eyes of the neighbourhood boys. Lux, Bonnie, Cecilia, Therese and Mary were the apple of many high school boys’ eyes, and the girls’ characters give insight into the complexities of teenage suicide that happened in a house ruled by their strict, religious parents. Don’t miss out on Coppola’s visual aesthetic in this poetic delivery on adolescence.

Highly controversial and extremely bold for something that was released in the 70s, Salò is not for the fainthearted. It’s also disturbing to know that this film – although fiction – is inspired by true events that was in the original book. The fascism in Italy during World War II was depicted through the theme of political corruption by director Pier Paolo Pasolini, whose central focus was four wealthy and powerful men – the President, the Bishop, the Duke, and the Magistrate. Completely breaking the barriers of morality, the men then engage in sexual acts by kidnapping dozens of men and women (some even underaged) to participate in heinous acts. The plot is sickening AF, but the world we live in is far beyond that. Read this for a true story of something similar.

As part of Lars Von Trier’s famous ‘Depression Trilogy’ of darkly pessimistic films, Antichrist is the Danish director’s way of portraying the repulsive nature and deeply twisted desires of mankind through the characters He and She – a grieving couple that retreated to a cabin after the loss of their child. It’s a haunting tale of this couple’s coping mechanism as viewers see them develop habits and disturbing thoughts that eventually ruin their marriage. Gross but tastefully made (as expected in art films like these), the narrative is split into four chapters and an epilogue (in typical LVT fashion) that carefully spreads the beginning of gore, violent sex, and more of that sadomasochism till the end of the film.

You’ve probably seen this series on your Netflix homepage, so why not give one season a try if sci-fi is your thing? Unlike most regular television shows that have a continuous narrative, every episode of Black Mirror tells a different story of technology’s side effects in an eerily relatable way. Without giving out too many spoilers, each episode reveals a shocking revelation of our world today and the foreseeable future by touching on modern media in a way that breathes depth. The brilliant scriptwriting even gave birth to a couple of Emmy nominated episodes like ‘San Junipero’ and ‘Nosedive’, for outstanding cinematography.

There’s a side to vegetarianism and veganism you didn’t know until you watch Raw. Justine is a young veterinarian student who was coerced to take meat for the first time, her exposure to raw meat then unfolds into a shocking truth about who Justine really is. It’s not just a direct tale of cannibalism, it’s a well balanced mixture of sexual awakening, erotica, violence, and horror. While most definitely an acquired taste, Raw is a reflective art piece that takes a different take on coming-of-age films. Best consumed on an empty stomach, you’d appreciate this fine work from French director Julia Ducournau a little bit more with an open mind.

Love it or hate it, AHS is one of today’s most watched shows and is the brainchild of Ryan Murphy and Brad Falchuk, the very same guys behind hit television show Glee (talk about contrast). While some seasons are a hit and some were total misses, the overall concept of AHS as an anthology horror series gives viewers something different to binge watch every season, so you can be the judge on what works for you. Personally, one of the only seasons I truly enjoyed out all six seasons or so is AHS: Asylum, led by Sarah Paulson, Evan Peters, Zachary Quinto and of course, Jessica Lange. Set in 1964 with scenes that happen in the present day, Asylum is also far more mysterious, shocking, and political than the rest of the seasons that are campy. According to Murphy, the upcoming season (season 7) of AHS will feature President Donald Trump and Hilary Clinton as characters. Now that’s something I gotta see.

Have you ever wondered how it feels like to have a child who is a criminal? Or do you often read about the heinous crimes of terrorism and how their families take it? We Need to Talk About Kevin gives us a glimpse of how a mother – wonderfully played by Tilda Swinton – raises her sociopath of a child, and how she copes with the evil that is in him. The pace of the story is unsettling and leaves a lot of questions behind, with some viewers wanting more from Ezra Miller’s role than the mother’s. But the defining aspect of the film is undoubtedly the mystery that is meant to leave you disturbed and perturbed.

We’ve reached the area of mind fuck with this last offering, a directorial debut by James Ward Byrkit. It’s a dinner party thriller that uses a minimalist approach to explore the intricacies of human relationships. If that doesn’t make any sense to you, then the whole film should do a good job at explaining its own plot. Described as an intelligent little film, Coherence focuses on eight friends who meet up on the same night a comet passes by. They soon discover parallel worlds and the bending of time that causes a shift in reality, confusing the heck out of each other and you. Keep your eyes and ears peeled because you can’t miss out on anything to understand what’s going on.

For a review of something more current, check out what we thought of Baby Driver before you decide what to watch next at the cinema.