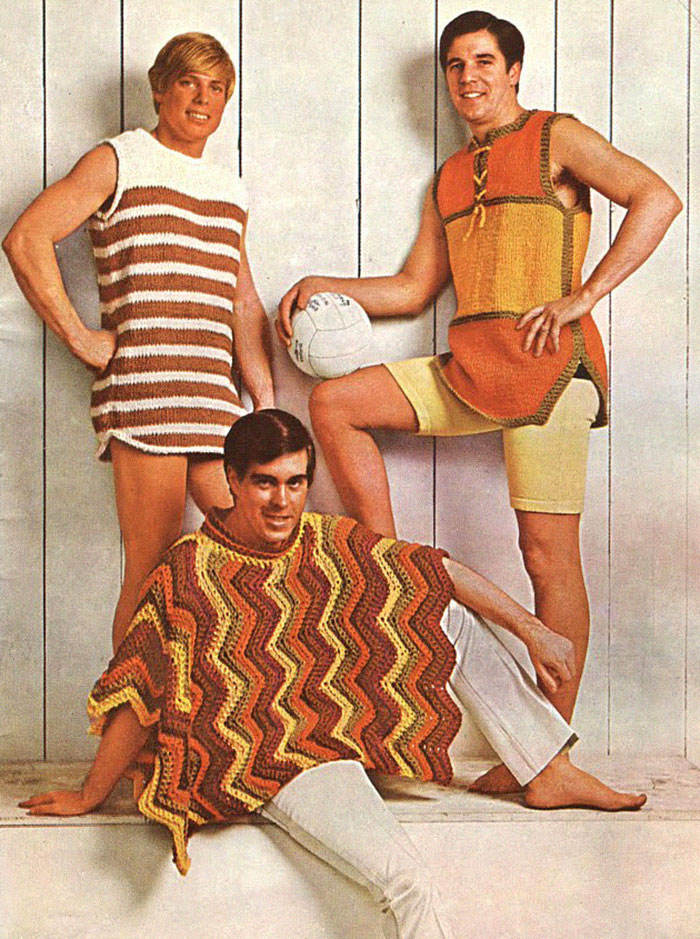 The internet has bestowed us with a great gift of comedy via the garish retrograde ’70s fashion trends directed at males. It is what it is; an unfortunate look back at the gaudily styled men congealed in advertisements forever. The looks you see here are definitely not the timeless variety but of men sporting Burt Reynolds moustaches, bell-bottomed onesies, feminine silhouette and colours, and knits galore. Also, the saturated warm colour scheme of the ads would be the dream swatches for many quirky indie movies, but the Will Ferrell-esque pseudo-machismo that they were trying to project is laughable, especially the incredibly unsexy underwear ads, with one even sporting the tagline, ‘Underwear That’s Funtawear‘. Good god, it’s just too much.

But here, take a gander below:

If you’re interested, there’s more where it came from, here.