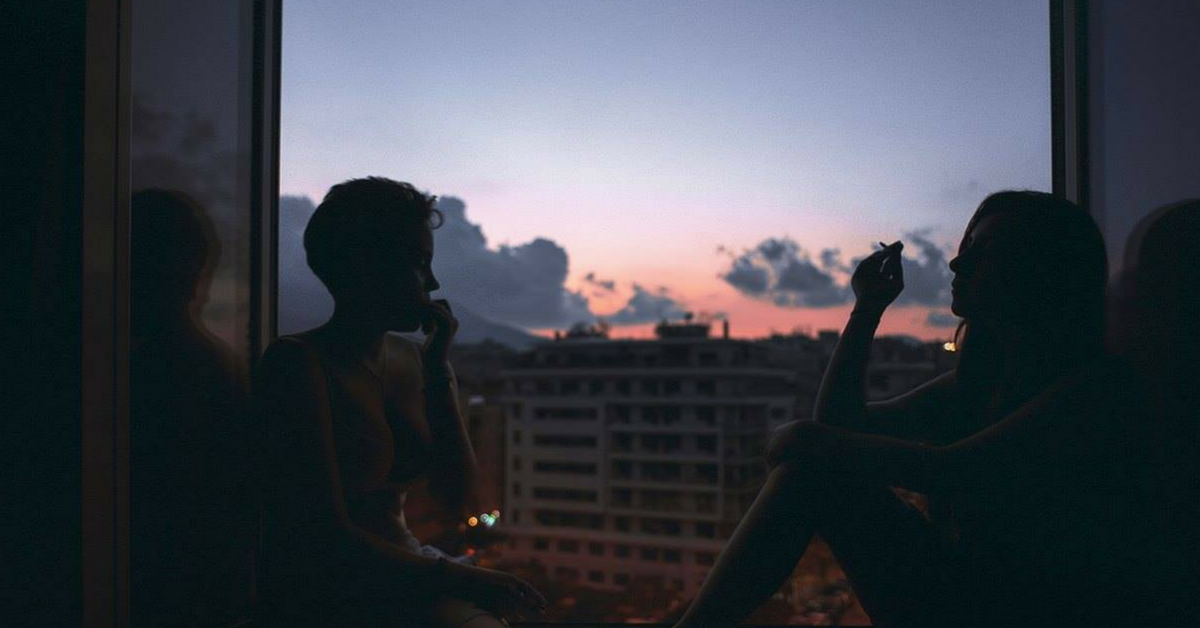 It’s that time of the year again. You close your eyes and wait for sleep to come to you, one minute turns to two, two minutes turn into an hour, and instead of falling into slumber, you find yourself reminiscing about the year. The ups and downs, your losses and gains… you know exactly what I’m talking about, you’ve probably done it already, haven’t you?

Alright, I know, you’re putting your defences up. You’re going to say, “With time, they will,” “He told me he will, he PROMISED,” “She just needs time, that’s all” — well there’s a fine line between being patient and being stubborn. And we all know it’s the latter, because with all the effort you’ve put in, all the words you’ve said, you just can’t admit to yourself now that it’s going no where, nothing is going to change, not because you haven’t tried hard enough, but because you can’t save someone from drowning if they think they’re just swimming.

Humans get off on helping people, on the feeling of satisfaction when you see your efforts being paid off, that you’ve made someone’s day, or year perhaps. But not everyone needs saving, and you can’t diagnose someone with a sickness you think they have, you’ll just lose yourself saving someone else, someone that doesn’t need to be saved.

You can’t mould someone into your ideal of a person, a friend, a lover. It just doesn’t work that way.

Come on, we all love to be left vulnerable. You say you don’t, but your actions say otherwise. It’s like a comic trap, you’re living in a loop, a script you’ve written for yourself and let yourself play out… and you sort of love it, and that’s pretty sad.

We’re humans, we have our meltdowns. But there’s a pattern in all this madness, a pattern you’ve drawn for yourself, yet you blame it all on life… or God. It’s weird, isn’t it? That someone is calling you out on this, on your love of feeling overwhelmed. I’m not saying that the shit things that happen around you aren’t shit, I’m saying that you, we, love over-exaggerating the pain that comes along with it. We stop ourselves from justifying the situation and setting things straight because we need that vulnerability, crave it even, to excuse ourselves from being capable of breaking free from it.

We magnify our pain, using it as a shield to step away from reality. Remember the boy who cried wolf? I rest my case.

In a way, we’re all Mr. and Ms. Know-It-Alls, and we just can’t help it. Your hackles are raised, and I understand why, but hear me out. Seeing as we’re stuck with our own thoughts and feelings 24/7, it’s human nature that we understand our wants and needs the best, and so naturally, we sort of think we shit rainbows and sunshine too.

It’s human nature to defend and fight for our wants and needs, but the earth doesn’t rotate around us and more often than not, we need to learn to shut up and just listen. We all need reminders from time to time that everything is not all about us, and sometimes, what we feel and what we want just doesn’t factor. There is a time and place for everything, remember that.

You’re not admitting ‘defeat’, or raising the white flag. You’re not giving up; you’re just growing up a little more than you already have.

Forget it, forget all the who, what, where, why, hows, and most of all—the what ifs, because maybe you’re much, much better off without them.

I remember something my mom told me a few years back when I was in one of my fits. I remember being angry, and going on and on about how unfair the world is, how I can never find the right answers to my frustrations, how I deserve to get the answers after everything I went through. She looked me straight in the eye and shut me up with one sentence: “Maybe you don’t have them, not because you don’t deserve it, but because you’ll never be ready to bear the weight of it.”

It doesn’t sound like much, but if you think more on it, you’ll understand that maybe the answers you so desperately want, are the answers that will destroy you instead. I’m a huge believer of the axiom “everything happens for a reason.” I know it’s cliché, and everyone’s heard of it, but we’re so stuck on finding out the ‘reason’, that we forget the whole meaning of the saying in the first place. You’re not searching for answers… you’re just angry that you’re forced to ask the questions.

Those voices in your head saying that you’re not doing enough? Turn them down honey, because you need to know that it’s just not possible to please everyone. Not everything you do has to be properly planned out from A to Z, and not every move you make will jeopardise how people look at you.

There is beauty in making mistakes, of not planning each and every step we take and letting life run its course. You’re only human, and there are times when you won’t have control over the things you do, and that’s okay. It’s as if you put the weight of the entire world on your shoulders, when you can really just put it down and ask for help instead. You can’t do it all on your own, and you have to leave your ego behind and actually let people help you.

It’s not an easy feat to do, it might sound easy, but sometimes we just don’t want help. Some may call it stubborn but I understand the need to prove to yourself that you can make it on your own. But you’ve got to know your limits and know when to ask for help when you know you’re drowning. You are not weak for asking for help.

There’s a huge misconception people have on toxic relationships—they assume that the signs are obvious, that you can see it right from the start. But no, toxic people are not uncaring, unloving or intentionally cruel—they’re not bad people. They’re just people who force us to forget about ourselves, our needs, and our emotions, because their needs are always “more important” and “more significant” than ours—that is what a toxic relationship is like, only giving but never gaining.

These people drag you down, and force you to drown with them. They force you to revolve your universe around them, be there for them even when they’re never there for you, and dear God, they are absolutely exhausting to be around with (not to mention very hard to cut off). What makes cutting them off hard is because you love them, you truly do. Despite their toxic traits, they’re not bad people, they love you, but they love themselves too much to acknowledge you.

Relationships become toxic when each of you aren’t growing the way you need to, you’re not meeting each other halfway anymore, because you’re the only one trying. That’s when you need to gradually learn to put yourself first for once, because your efforts only come back to slap you in the face.

It’s going to be a new year soon, and once again you’re avoiding your way throughout the year and running heads first into a new year to ‘restart’ again. Which we all know is a lie, lie, lie. Everything about the year will be new, everything but you and your ever-growing pile of problems.

Come on, let’s not try to fool ourselves here. Those ‘new year resolutions’ we plan out in black and white? They’re all regrets we bring into the new year from the previous year, and half of them will probably be following you into the next year. They could be fairly simple resolutions like “Spend more time with mom and dad,” “Eating healthy,” or “Be nice to people at work,” simple everyday tasks that are exactly what you say they are—simple. But why are they so hard to carry out and follow through? Let’s not peg it as being lazy, because in some way, we all are.

So why don’t these new year resolutions stick? Simple—because we never wanted to do them in the first place. I mean we want them, but we just don’t want to go through the process to actually do them. We’re humans, we have the tendency to run away from things we truly want. We’re afraid of staying committed to the task at hand, because once you have it, imagine how hard it will be to keep it. Now, I’m not only talking about running away from our aims and goals, we run away from our emotions, from people, and also ourselves too. Just keep in mind that you can run forever, but as time passes, hours bleed into days and days fade into years, before you know it, you could become this person. Someone that your younger self wouldn’t even recognise.

Welp, with all that said, cheers to the end of another bittersweet year, and let’s pray that we  actually learn to overcome at least one of these lessons in 2018.

Talking about a new year...

Why Every Year is a Shitty Year

Don’t set your resolutions just yet, they’re not the problem…