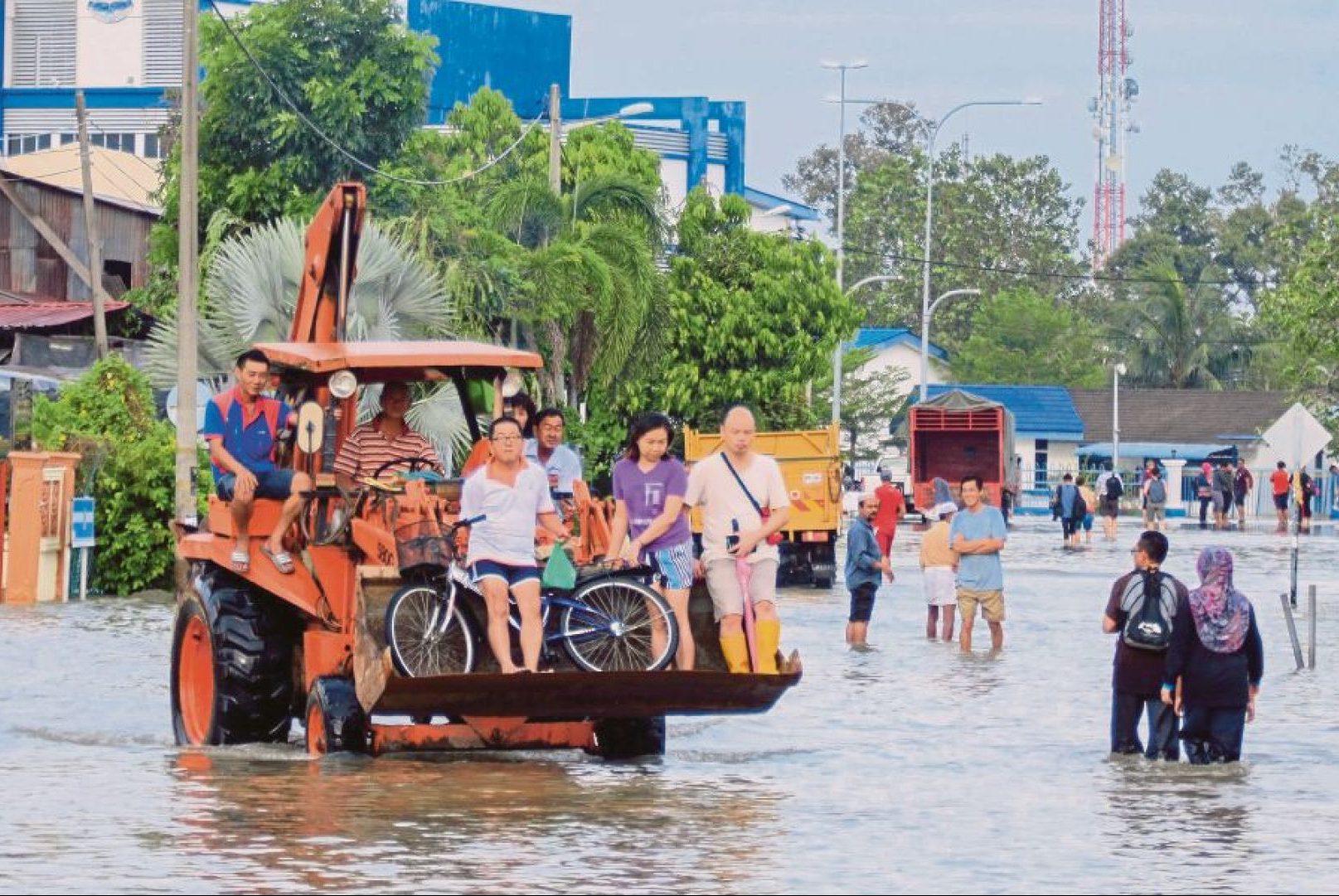 It is truly awe-inspiring how the people of Malaysia always manage to come together in times of need. Regardless of gender, age, race, or status, we fight for each other when the storms are rough. For Penang, the storms were the roughest they have ever been.

Times like these, devastation sweeps across the nation but in the process, we never forget that a little kindness goes a long way.

Here are 6 heartwarming moments when the people came together to beat the flood:

1. National leaders stepping forth into the scene:

Deputy Prime Minister Dr Ahmad Zahid Hamidi visited flood-hit areas in Penang with the state’s leaders and was met by Minister in the Prime Minister’s Department Shahidan Kassim and Penang Chief Minister Lim Guan Eng. Zahid visited evacuation centres across the state personally, and even went so far as to cancel seven of his programmes to monitor the flood situation. Before that, Penang Chief Minister Lim Guang Eng posted a video on Facebook where he appealed for help from the armed forces and described the grave situation to the people. The Penang Chief Minister also went down to various sites to monitor the flood situation himself.

2. Penang flood victims helping out each other regardless of mutual loss:

The selflessness witnessed by the victims in Penang melted our hearts as they came forth to help one another despite the current circumstances.

“When we arrived at the evacuation centre, everyone there comforted us and offered clothing and food,” said retiree Ariffin Hassan.

Despite their suffering, the victims found shelter and comfort in one another regardless of different backgrounds and races.

“When all seems lost, we realised we are not alone. Other families are here as well, and we saw the need to support each other in this difficult time. Our selfishness fades away, and everyone here comforts each other,” said Kumaradevan, 40.

3. Volunteers reaching out to save the day:

100 volunteers from three organisations reached out to clean up the mess left from the storm in George Town. According to Penang MCA Public Services and Complaints Bureau Chief Gui Guat Lye, not only did they go out of their way to clean up the mess, they brought with them items such as pails, brooms, mops, detergents, food, drinking water, and pillows for the victims at the central Seberang Prai district land office.

Medical staff from Bagan Specialist Centre arrived to provide medical services for the evacuees at Dewan Besar Sungai Dua. The team consisted of a doctor, six nurses, and a pharmacist.

Kembara Kitchen, a charity group from Klang Valley, stretched their arms wide open to the victims of the Penang flood by cooking up a mean meal. The menu included dishes such as macaroni with sardines, Nasi Lemak with their specialty “mamabear sambal,” and seafood fried rice. Led by William Cheah, the team worked together by cooking and serving hundreds of servings for the flood victims.

Malaysia’s ace shutter and former world No.1 Datuk Lee Chong Wei is doing his part by offering aid to the Penang flood victims.

“Although I cannot be with [the flood victims], I will help whenever and wherever I can. I received a message seeking help for flood victims, because whatever aid was provided is not enough.”

Datuk Lee Chong Wei took time off from his busy training schedule and competition to help the victims as much as he can.

“I have sent food and pillows to the affected areas. I hope such aid can ease the burden of the flood victims,” he added.

The Johor Darul Ta’zim (JDT) football club and its fellow players decided to give financial aid to victims of the Penang flood along with the Malaysia Cup prize money.

The announcement was posted on the Southern Tigers Facebook page by club president Tunku Tun Aminah Maimunah Iskandariah Sultan Ibrahim. We are awed by the act of selflessness of the four-time Malaysian Super League champions, proving themselves to be Malaysian citizens above all.

A surau in Penang opened its doors for 70 non-Muslims to take shelter from the flood. The photos went viral on several media platforms, and people were touched by the generous act displayed.

Christian foundation Hollistic Care Relief Network, also known as 7979 (which sounds like “Go save, go save” in Mandarin) dispatched 300 team members to various parts of Penang to aid the flood victims. Together, they helped the victims by providing food, cleaning up the houses and streets, and rebuilding. The 300 members consisted of both Malaysians and also international members.

As for Amriteswari Foundation, the volunteers gave out vegetarian meals cooked and supplied by Ananda Bahwan, a local restaurant.

“We have volunteers in our two centres in Butterworth and Gelugor, so they will deliver food directly to the victims at their houses as they didn’t have access to proper food,” said chairman Athi Sivan.

Buddhist foundation Tzu Chi Society distributed water and bread at flooded areas all over the state early Sunday morning after the storm. The volunteers brought in shovels and cleaning tools to aid in cleaning up.

Love knows no boundaries, and it’s amazing to see how people from all parts of Malaysia are fighting the flood along with Penangnites.

If you’re in Penang or you know anyone who needs help, here are Balai Bomba & Penyelamat emergency contacts: