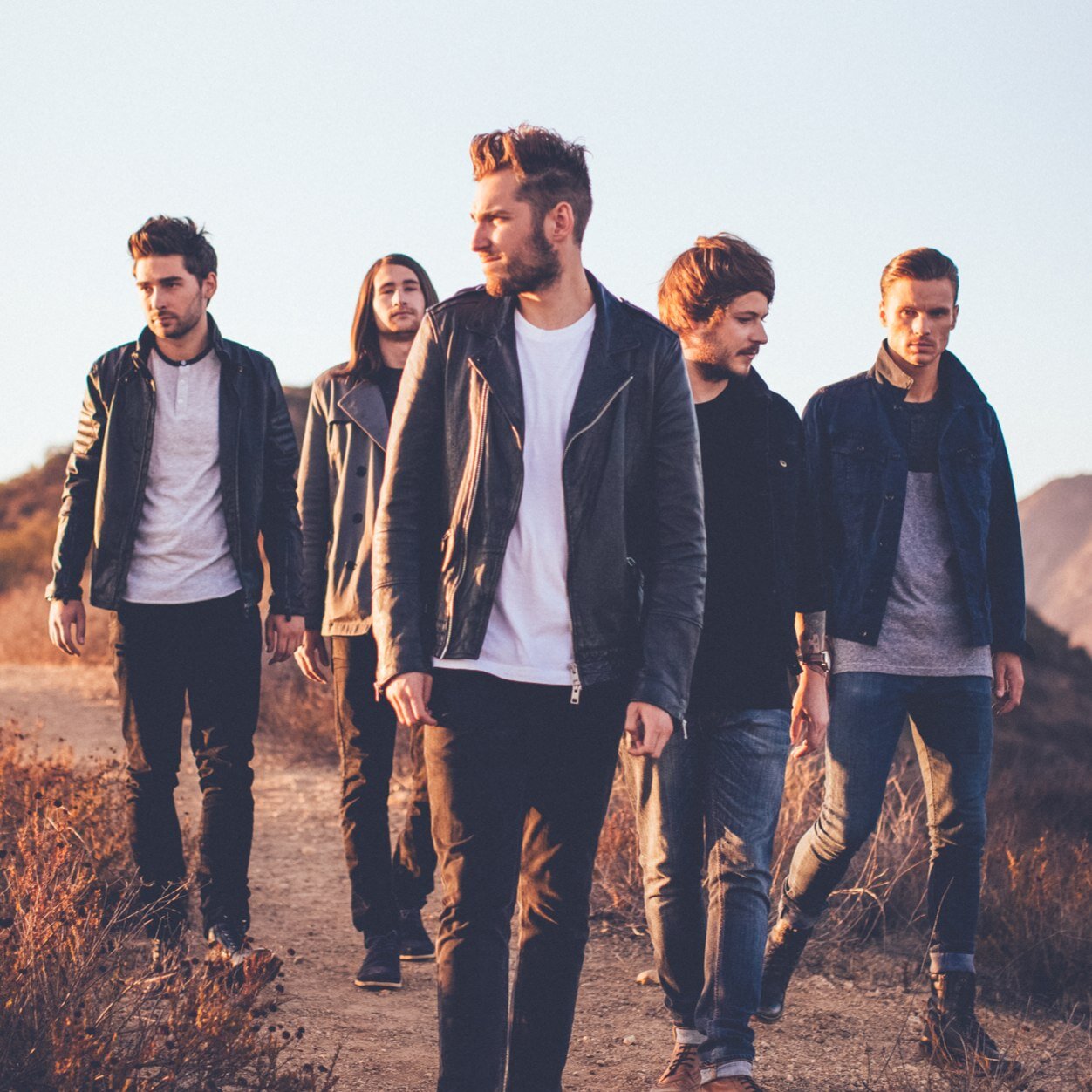 Throughout the course of their almost decade-long career, the five-piece has gone through multiple reinventions, and it seems like they’ve finally settled down on a definitive style. JUICE caught up with them when they were down in Malaysia and talked to Chris Miller and Dan Flint about genre-hopping, travelling, and their new American label…

Cavalier Youth seemed a bit more cohesive than your previous releases – more linear in terms of progression and style. What was the difference between working on this album and your other ones?
Chris
That was planned. We definitely thought about that when we were writing it. We listened to our previous albums, and we realised that you’d have a couple of love songs, and then Winston from Parkway Drive coming in and screaming. That’s cause we like those kinds of music and we always thought, “Why would we want to be a band with just one style?” We listen to everything, pop and slow songs alike, along with the heavier stuff. And I think we’re good at doing all types of music, but now we just want to be really good at one thing, and I think we did a pretty good job at that with this one.

Your earlier tracks were a lot heavier. What caused the shift in direction?
Dan
I think it’s just cause we were so young – the music we listened to and, the bands playing the local circuits were just metal bands. That’s all it was. So we were almost trying to fit in with them to get shows. And we’ve always been friends with the heavy bands as well – Parkway Drive, Bring Me The Horizon, The Ghost Inside – so we used to be like, “Let’s get our mates on a few tracks.” But I think over the past ten years, our tastes changed, we’ve grown up. The way we write songs is a lot slower now too – we used to just, “Go, go, go!” and write them whereas now we actually take our time and think about what we’re doing. This was the first time we did pre-production as well. We used to just write music, go into the studio and half the time we wouldn’t know what we were doing and just bashed it out. This time, we demoed it, tore it apart and put it back together.

You’ve had a pretty hectic touring schedule, and it looks like it’ll continue to be that way for the next year or so. What are you most excited about on this tour?
C This is probably what we’re most excited about. We’ve never played out here before, whereas we’re going on tour to Australia and America and we’ve done that maybe like 10 times each and we don’t get home till November or something. We like being at home too, but getting out here – we use the band as a way to travel. Some people go travelling and backpacking, and we kinda do the same, except that we have to play a show every now and then as well. And six weeks in America, some people wouldn’t want to do that kind of travelling, but this is the most fun part. It’s good.

How’s the new label in the US coming along?
D We’re on this label called Prospect Park, and the head of our label might just be the funniest person in the world and he’s an absolute genius. The team that we’re working with, their one of the best – they’re so excited, and they’re smashing it. ‘Room To Breathe’ is all over the radio there, it’s 6th or 7th on the charts and we’ve never had that before. It’s exciting to have a label that’s actually pushing our music and cares about it as much as we do, otherwise we’d just be doing it all by ourselves, and it’s refreshing.

You Me At Six played in Kuala Lumpur on Tuesday 2 September ’14 at KL Live.