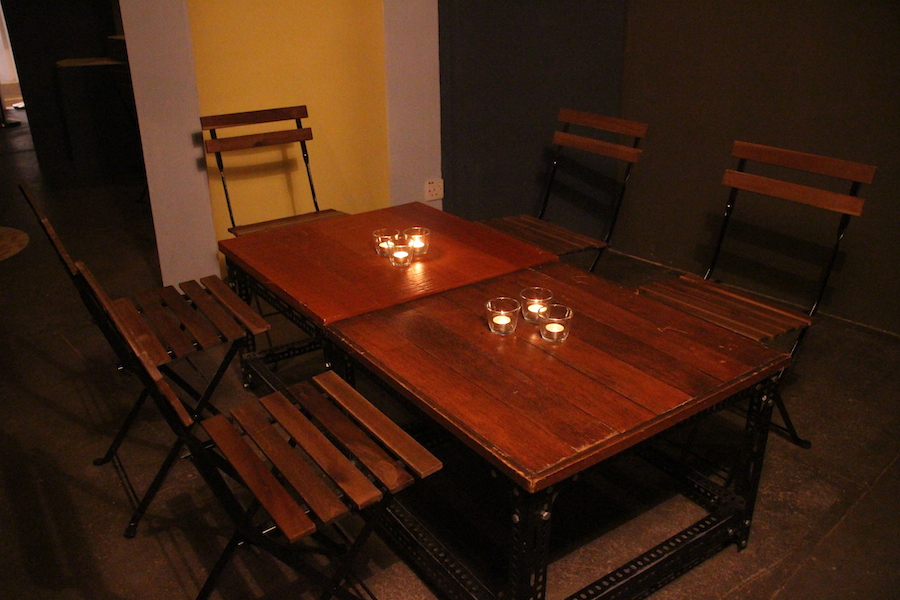 Well-Crafted
“All that matters is the drink in your hand” is a phrase 44 Bar believes in, so we put them to the test – suffice it to say, five drinks in, they really mattered and then some. Being a pop-up bar Bangsar residents might be familiar with for a few months, 44 Bar left its former residency at APW, Bangsar and moved to Instaguy’s new hub, The Row – formerly known as Asian Heritage Row – marking this iteration their third. The first being the less publicised pop-up in Penang.

So what’s all the hullaballoo about? They pride themselves in being the only bar in Malaysia that carries the widest range of American craft spirits made by independent distilleries. Not only does 44 stock some of the highest quality spirits we’ve ever tasted, but they also have something called bottle-aged cocktail. Admittedly, we were a little put off at first by the thought of drinking cocktail that had been aged for weeks, but doubts disappeared as our glass of White Manhattan (moonshine as its base!) slowly emptied. While it does have the appearances and the fluid consistency and colouring of a pickle jar, the taste is anything but. Go over and try it for yourself, you won’t be disappointed.

Most bars tend to have the same core menu that follows a specific template, and then they have their respective signatures – usually overdone with whichever flavour they’re aiming for; be it sweet, sour, or what have you. That’s not quite the case with 44. Even though they stick to classic cocktails – choosing to eschew the gimmicky for the straightforward – they add the kind of finesse to their concoctions that only comes with having an experienced bartender as head of bar. It helps that the multitude of spirit brands that you won’t find anywhere else adds a lot to the palate.

Tango Mango, Cosmopolitan 44, and Donkey Kick are top choices: The Donkey Kick is a combination of tequila, cilantro, grapefruit, lime, and jalapeño agave. That’s right, jalapeño. What was surprising is that instead of being overwhelmed by the hotness of the chilli pepper, it was instead sweeter than expected, showcasing more of the jalapeño’s mild bell pepper-esque notes than the eye-tearing reaction expected. We thank the skilled bartenders for making this possible. However, if you want a little extra presentation, there’s always the off-menu choice of Boulevardier – a smoked and aged relative of the Negroni served in a clouded teapot.

If cocktails aren’t up to your tastebuds’ liking and you prefer something harder, better, faster, and stronger, try 44 Bar’s tasting flight wherein you get to choose three spirits for a quick tasting session. You get to decide two, but JUICE implores you to have either Few American Gin or 7 Stars Moonshine for the third – the former for the best gin drunk plainly and the latter just to get sufficiently sloshed. Think off-brand spirit from local liquor shops, minus the unwanted side effects.

Besides being a space that offers independent distilleries its shelf and cocktail and craft spirit connoisseurs its seats, 44 also collaborates with different artists to create interior design installations. For their space at The Row, they worked with Alex Chew of ALLTHATISSOLID and Jix Foo, both responsible for the space’s partitions and experiential intimacy. You’ll know what we’re talking about once you ascend the stairs hidden behind The Row and into the properly hidden bar.

Tentatively, 44 Bar will be at The Row until October. Where next? JUICE will be the first to tell you.