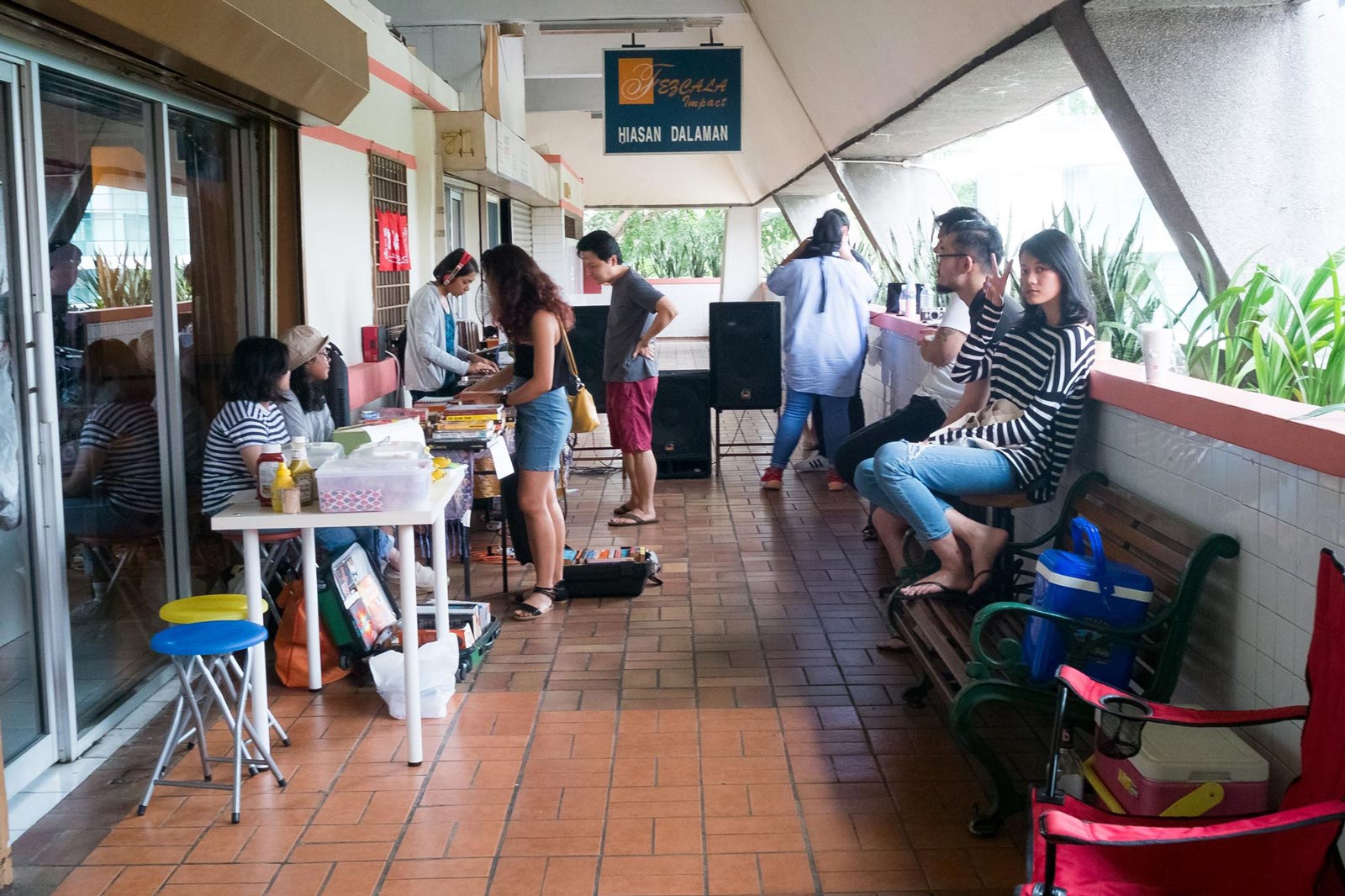 It’s the first weekend of February – post-CNY lull to boot. Understandably, there’s probably a lot of events to choose from, and thanks to Facebook, you’re probably inundated with one too many seemingly same-y gigs and parties. So, let us here at JUICE pick some of the more interesting ones that caught our eyes; you do want to check out a chamber orchestra with a DJ in its ensemble, don’t you?

An act who’s been on Ohrwurm’s watch list for some time now, Ghanian DJ-producer and founder of Keinemusik, &ME, didn’t exactly appear in techno and house – or as he dubs it, minimal highlife and toolhouserock – seemingly out of nowhere. After joining Fetisch’s decade old punk-ish electronica group Terranova in 2007, signed to Kompakt, they’ve dropped numerous critically acclaimed tracks and written music for theatre and movies, not mentioning the remixes of anyone from New Order to Roxy Music. And this isn’t including his other collaborative efforts with Nic Fanciulli, Rampa, and Nomi (Hercules & Love Affair) to name some. On his own, massive club single ‘F.I.R.’ is a mere sample of what’s to come after – a career that’s seen multiple productions on numerous labels, EPs on his own label, international bookings, and more. All of which have shaped him into a unique character in the scene. Playing at Kyo KL for a three-hour set, &ME will be supported by Victor G, Alam, and Axel Groove.

Listen to his EP One on One below:

Our education on Berlin nightlife continues with the Malaysian stop of the Urban String Tour. One of the world’s leading chamber orchestras, Hamburg’s Ensemble Resonanz has made a name of itself for their monthly concert series Urban String – a conflation of classical music and the club atmosphere that has become emblematic of Berlin for decades now. As per norm, their KL show will feature a DJ in the ensemble, who is none other than our very own Fatim (ATTAGIRL!/Akhyla). Free entry, with an afterparty to follow at 10pm.

Watch a taste of Urban String below:

Discerning DJs, vinyl enthusiasts, music curators, whatever you want to call them, if there’s one distinctive quality to new collective Public School, it’s that they do things decidedly different from the rest. Namely their monthly DJ set series – Sesi Kaki Lima. The pop-up DJ gig-cum-mini bazaar is held right outside their homebase in TTDI’s wet market, thus its namesake. For its second iteration, Public School will showcase its expanded roster in Naj Frusciante, Lionel Rizki, CT Selecta, Oddjob, and co-founder Renry Hollins (sans his other half Ruud), as well as guest DJ Fauxe (Singapore). On the booths side, record shop Tandang Store and bookshop Bukuku Press will be present. The collective will also debut their first their physical mixtape, Dig in Japan, at the event. Wrapped in kimono cloth, the mix was recorded live by Ruud and Renry during a trip in Japan and sourced purely from vinyl records found there. Only 25 copies are available, coincidentally, it’s also selling for RM25.