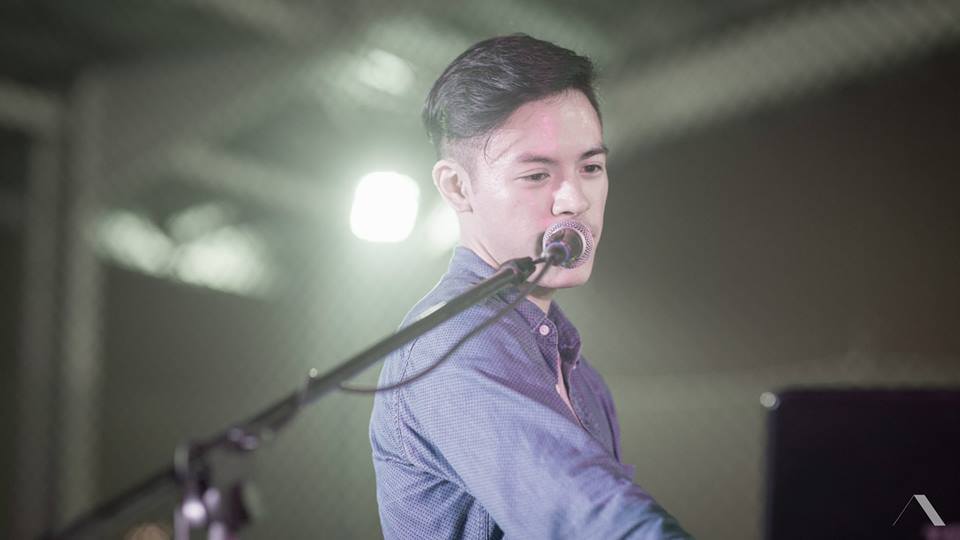 When videos under the hashtag #RestoranSid circulated social media, the name Sid Murshid became synonymous to ‘90s-style karaoke videos of love songs about local delicacies. Naturally, food-loving Malaysians resonated with Sid’s content and all those shares and likes converted into Internet fame for Sid, who is actually more than just the genius behind ‘Pisang Goreng Power’ and ‘Sedap Tak Nasi Lemak’. A long hard look at this singer-songwriter’s face suggests a performer who’s been around for a long time, and those who are familiar with the local music scene would remember Sid being that guy with the keyboard.

To catch up with Sid’s viral status, JUICE got curious as to how this classically trained musician developed the skill to make rad cooking videos. Also, we figured that you might need a little inspiration to kickstart some side-projects you’ve planned to maybe, y’know, be a star like Sid.

Besides being an artiste under Universal Music, who is Sid?
S Sid is also a songwriter, composer, and producer. I’ve been writing songs for other artistes, most notably Dato’ Siti Nurhaliza for her new album SimetriSiti – my song is called ‘Hiasi Duniaku’, which is the last track on the album. I graduated with a Bachelor’s Degree in Architecture, worked at the office for about a year but that didn’t work out.

Fair enough. Did you use your cat to attract viewers in the ‘Sedap Tak Nasi Lemak’ music video?
S I was just curious to see what would happen if I put the three best things of the internet together; food, music, and cats. So yeah, I kinda did it for the views. Do expect Tubby [the cat] to appear on every video I post. He is now the official mascot of Restoran Ala D’Sid.

Tell us something we don’t know about you but should.
S At one point I wanted to be a fight choreographer or stuntman and dreamt of being part of action and martial arts films (laughs). I still do sometimes these days. Also, I am extremely quiet. Sid talks very little.

As an artiste, is it more important to be very good in what you do specifically or evolve around what’s trending in music?
S I believe that it’s most important to be the best in yourself. Finding your own sound as an artiste is probably the hardest thing to do but is the most important step, I still am looking for that sound that best describes me. It is also important to, at the same time, evolve around trends just so that your music is not too alien to the audience.

You collaborated with Alicia Amin from Asia’s Next Top Model for your ‘Pisang Goreng Power’. Who else do you look forward to work with and why?
S I already have plans to collaborate with other singers for my upcoming cooking music videos. I am already working with the singer Nik Qistina for a video, and also the vocal group Back2Basixx for another video. What item on the menu we’re doing is a secret (winks).

What prompted you to even make these old school karaoke-type music videos about Malaysian delicacies?
S I got bored of the typical cooking videos you see on the internet and I think there are already too many. So, I decided to use my skills in music and combine it together with cooking to create something new. It’s also a good method to practise my songwriting, I guess (laughs). I got inspired to produce old school karaoke-type music videos by the songs ‘Anak Kampung’ and ‘Sayang Kinabalu’ by Jimmy Palaikat. I was shown these videos by my Sabahan mother to perform for my brother’s wedding a few months back. I really dig the songs and that’s when I got the bright idea to use the same concept.

Can you recommend us three songs that you dig?
S ‘Home To You’ by Rozella – I love the simple melody and arrangement of this song. Less is more.

S ‘Here I Am’ by Tom Odell – the raw-ness of Tom’s songwriting is what attracted me to his songs. The overlapping vocal melody lines towards the end of this song are beautiful.

S ‘Tetap Dalam Jiwa’ by Isyana Sarasavati – the melody and her voice for this song make you feel all warm inside, but also melancholic at the same time.