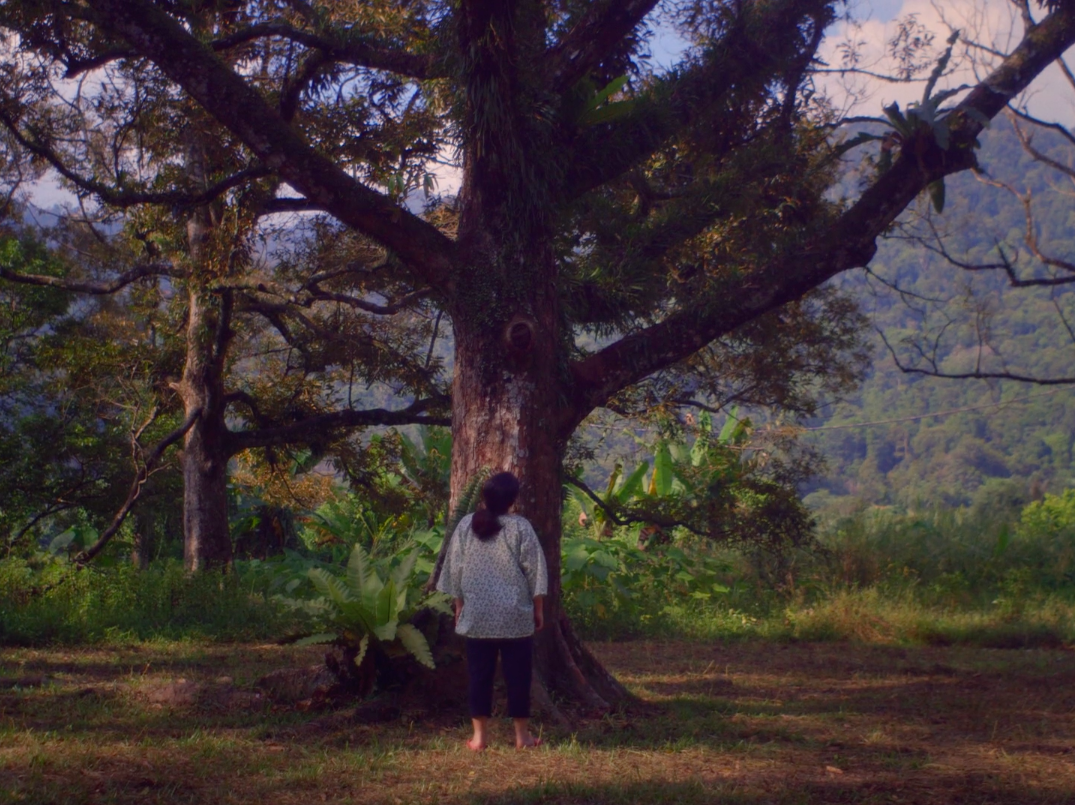 She brought the pontianak all the way to Venice Film Festival through her short film Lagi Senang Jaga Sekandang Lembu. Strangely enough, the film isn’t about a long-haired figure hanging on a tree, but a coming-of-age film about female sexuality and friendship. To understand the drive behind her work, JUICE spoke to Amanda Nell Eu via email to talk about movie auteur favourites and how it feels like to be the first local female director to debut at a prestigious film festival. Warning: You’re gonna be inspired to whip out your camera soon enough.

Tell us more about yourself and what you’re working on at the moment as well as how you feel after being back from Italy.
At the moment I am currently developing my first feature film and when I can, I continue to experiment and make short films. I am also a part time university lecturer and I freelance on various other film and theatre projects as well.

Being in Venice was surreal and I nearly cried when I saw the Malaysian flag waving above the Palazzo del Cinema amongst all the other countries that were selected to be in the festival. I felt like such a newbie amongst more experienced giants. Going to such a prestigious festival was a huge learning experience, especially being able to put myself into the context of the international film world. I felt small but also super proud!

“My film is about the sexuality of young girls, their wild and raw side, and also their gentle and loving side. And those are things that people fear about women.”

Why the name Lagi Senang Jaga Sekandang Lembu?
It comes from the proverb “Lagi senang jaga sekandang lembu dari jaga seorang anak perempuan.” The choice of that proverb for the film is a sarcastic one of course. My film is about the sexuality of young girls, their wild and raw side, and also their gentle and loving side. And those are things that people fear about women, so they’d rather raise a herd of cows than one daughter.

“… I also feel great sympathy for [the pontianak]. Her existence is because of societal guilt and fear of a woman’s sexuality.”

How did the idea of a young girl befriending a pontianak come about?
The pontianak is one of my favourite local hantus because she is tied to female sexuality and revenge. She’s beautiful and monstrous and gentle and strong all at the same time. She comes from a painful place as well, so I didn’t just want to explore how badass it was to be friends with one, but I also feel great sympathy for her. Her existence is because of societal guilt and fear of a woman’s sexuality.

With or without the pontianak, a young girl has to deal with her sexuality as she grows up. The film is more about friendship and teenage girls than a horror story.

As a filmmaker, film lecturer, and scriptwriter, what are your personal favourite films, and any particular auteurs you adore?
In no particular order, the filmmakers that have changed my life with their films are: Abbas Kiarostami, Yasujiro Ozu, Joanna Hogg, Hou Hsiao Hsien, David Lynch.

They have all made films that have made my jaw drop and I’m not able to move for ages after watching, just trying to contemplate everything that I’ve seen. This doesn’t mean I try to emulate them, there is no point for any filmmaker to copy a certain style or voice of someone they admire. You just can’t do it better. A filmmaker’s voice is incredibly personal and unique and I am striving to define my own one more.

“The smaller you are, the stronger you become as a unit.”

You lived and grew up in London for quite a while and from what we know, there is a bigger art scene in Europe. What made you come back to work more on themes surrounding Southeast Asia?
I think the art scene in Malaysia is more accessible and supportive. The smaller you are, the stronger you become as a unit. And it’s not just about the film scene in Malaysia, but being able to connect with other Southeast Asian filmmakers means we aren’t so small anymore and the scene is thriving! I love the Southeast Asian film community a lot, we are incredibly supportive towards each other. I vote for more opportunities for all of us to connect with each other!

Coming back to work here was rediscovering my home again, since I spent such a long time growing up in the UK. It was a huge eye opener as my country was familiar yet so distant. As an artist, I am still discovering myself and my country and I find that very exciting. The connection I have with themes surrounding Southeast Asia is much stronger than I ever had when I was living in the UK.

And how is it in terms of financing your films?
Financing films is always an arduous and practically impossible procedure wherever you are. Of course countries with more film boards and funding for the arts might make your chances easier, but aside from that, it’s still a struggle for everyone.

You just have to continuously work hard, believe in yourself and never give up. And the funding still might not happen.

“Being holed up in one place never does anyone any good anyway.”

What was the atmosphere like at Venice Film Fest? Apparently the filmmakers have to pay for their own expenses, which is quite interesting.
Most festivals will help to cover the expenses of the director, some festivals will help more. It really depends on the festival, so it’s good for producers to factor those expense into their budgets as well. Attending film festivals is extremely important for filmmakers. It’s great as a marketing platform for the film, the filmmakers, and Malaysia as well, and as I mentioned above, it’s a great learning experience. Being holed up in one place never does anyone any good anyway.

There seems to be emphasis on your gender as the first Malaysian female director to debut at Venice Film Fest. What are your thoughts on that and the whole hype surrounding female directors in general?
I know the difficulties I face as a female filmmaker. When I’m all for more female filmmakers, I am asking that we get treated with respect, and that our stories are treated with respect. Our talent and work should be recognised not because we are female but because we have talent and we work hard.

I was lucky to win a grant from Astro Shortcuts for this short film, otherwise I might never have been given the chance to tell this story. The scheme allowed us filmmakers to talk about anything, and all they wanted was good storytelling. I really hope there are more opportunities for filmmakers here to have this chance.

Patty Jenkins has just been announced as the highest paid female director in history. It’s 2017 but women are only starting to play a bigger role in film, what do you think more female directors should focus on in such a male-dominated industry?
Every filmmaker should just focus on being the best filmmaker they can be. We should always have a keen interest to improve, and continuously make mistakes and learn from them. It’s what being an artist is all about, whatever gender you are.

Just from my own experience, female filmmakers need to come back stronger when they have been put down (and that will happen quite often!). Make sure you are surrounded by people who pay attention to the work and not your gender differences.

You’ve mentioned that Malaysian directors need to take more risks. If so, what would you personally want to achieve or aim for?
I’m more talking about the money people who need to take more risks. Being a director is already a risk, haha! What I mean is that out of many risks and probably failures you’ll eventually find successes that will be worthwhile because nobody has ever done it before.

But my personal goal is just to keep on making films, telling stories that I think need to be told. It’s going to extremely tough, but hopefully I will keep getting opportunities to do that.

Lagi Senang Jaga Sekandang Lembu will only be screened on international festivals over the next six months or so.