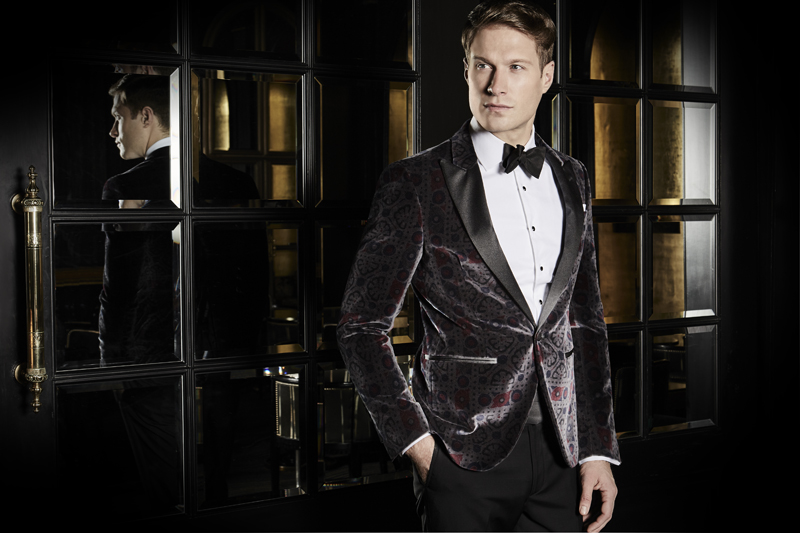 What a year it was for the EE British Academy Film Awards (BAFTA) 2016, which took place in mid-February: Mad Max: Fury Road won big at the ceremony, Leonardo DiCaprio finally bagged one of his many long-awaited trophies during this awards season… and Hackett London celebrated its fifth consecutive year as the Official Menswear Stylist for the BAFTAs with the launch of the ‘Five Golden Years’ collection.

The luxury menswear brand commemorated this milestone year in partnership with the BAFTAs, with a capsule range of dinner jackets befitting for every leading man at the red carpet – or more appropriate for us commoners, black tie events. So, whether you’re EE Rising Star John Boyega, or BAFTA nominees Eddie Redmayne, Michael Fassbender, and Idris Elba, there is a timeless classic or an adventurous modern slim fit dinner jacket waiting for you to put on and look your best.

The shawl-collared royal blue British Jacket is classic but striking in its traditional British style, with a modern update of an all luxe velvet offering, and a time-honoured hue of rich royal blue, whereas the wine-coloured Academy Jacket links the period allure of the indigo paisley print to the work of the industry’s creative excellence that is both beautiful and timeless.

Besides that, the Film Jacket features shadow tartan prints engulfed in the rich wine tone of the velvet, and a black silk lapel and black silk buttons finishing, the Television Jacket gives an urban spin to a traditional sophisticated look with its green, purple, and charcoal shades upon the peak lapel; and the Arts Jacket, inspired by the dynamic abstract patterns from the Omega Workshops in Edwardian Britain, features boldly coloured prints that add an artistic contrast next to the black silk lapel. 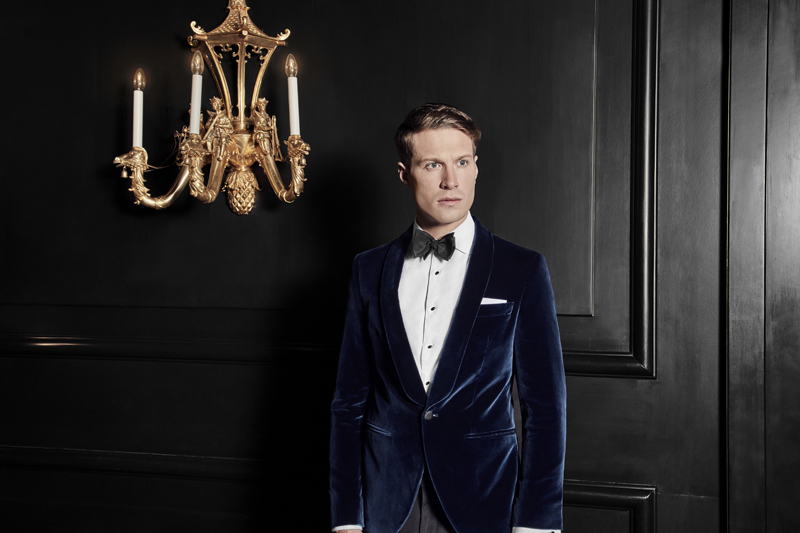