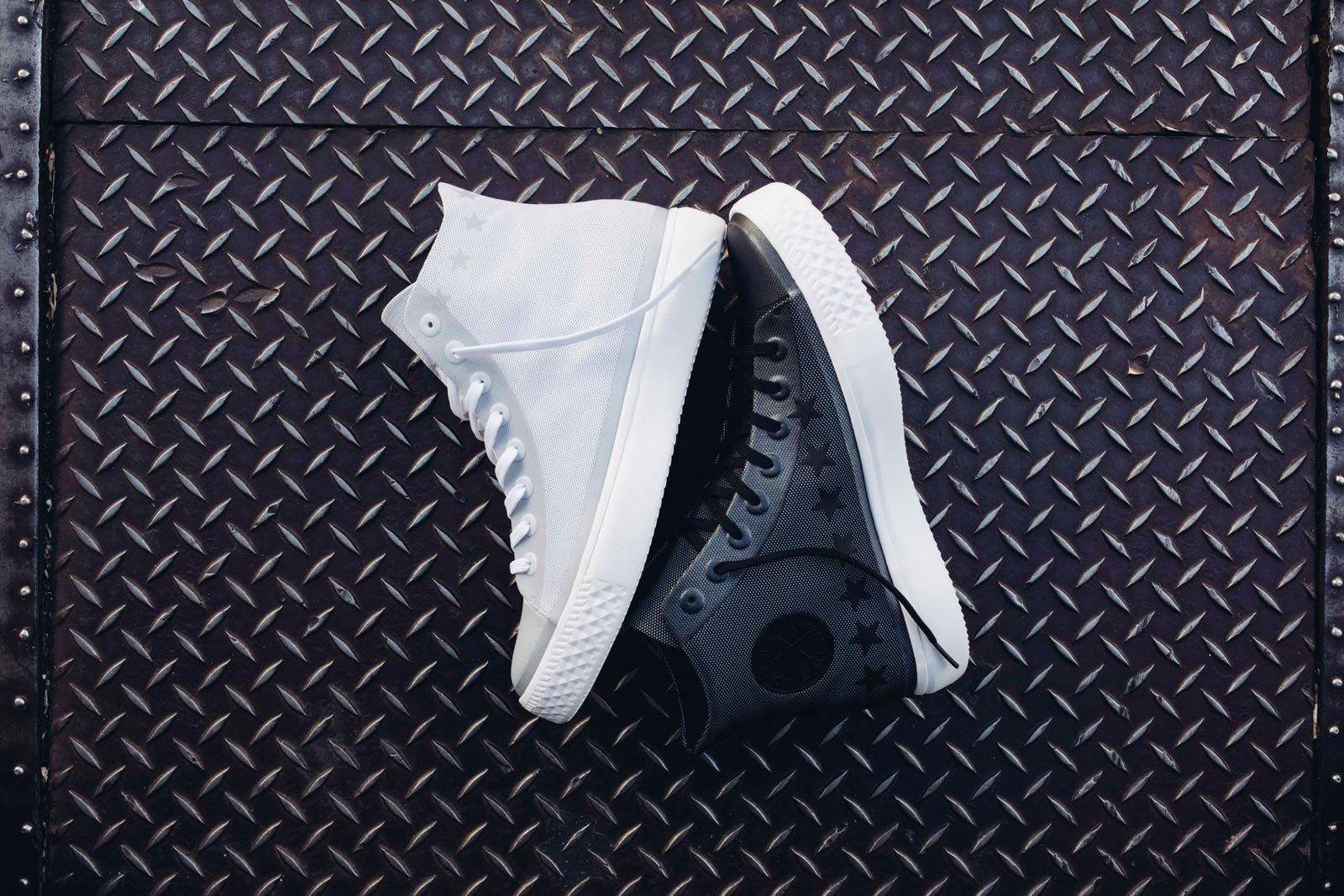 February 2017 marks Converse’s official unveiling of the latest addition to the Chuck Taylor All-Stars family – the Chuck Modern – just in time for the NBA All Star Weekend in New Orleans. The collection repurposes the classic with the latest in footwear innovation while still being firmly inspired by the brand’s more than a century-long sports heritage. Trickling one by one throughout the SS17 season, the first to hit our shores is the Chuck Modern East vs. West.

As the name suggests, the pair takes inspiration from both the Eastern and Western conferences of the All Star Game. These sneakers are as adept on the court as it is on high-street fashion runways. Though both its white and black editions aren’t exactly the kind of colours to stick out, the pack’s use of reflective-backed mesh for its uppers and its optimised details stand out from the rest on a macro level. Both feature crisp white midsoles and laces that match each colourway.

The rest of the Chuck Modern collection – Lux, Chuck Colours, and Future Canvas – will be out later in the season.

The Chuck Modern East vs. West pack is available in black or white. Both retail at RM599.90 at Converse’s retail stores in Pavilion and Mid Valley.