‘Giant Leaps’ is the sixth iteration of the ongoing initiative Saucony started over a year ago entitled CruelWorld Initiative. For those less familiar with its objective, the CruelWorld Initiative aims to give back to communities through Saucony’s collaborations. A total of $100,000 have been granted to charities thus far; this year Saucony has committed itself to champion Follow Your Dreams — an organisation based in the UK that helps kids with learning disabilities turn their dreams into reality. Ugh, feelings… Each design produced for this initiative is a reflection of Saucony’s objective — take the ‘Giant Leaps’ for example; a phrase used in 1969 should come to mind. But if it doesn’t, think man on the moon. Its upper is given a Deep Space black treatment together with a smooth neoprene, ribbed-prene, and bubble-prene. There’s also a NASA-inspired woven label on the shoes’ tongue along with subtle BAIT and Saucony’s CruelWorld branding. On top of that, there are photographs of Moon and Earth on its insoles. 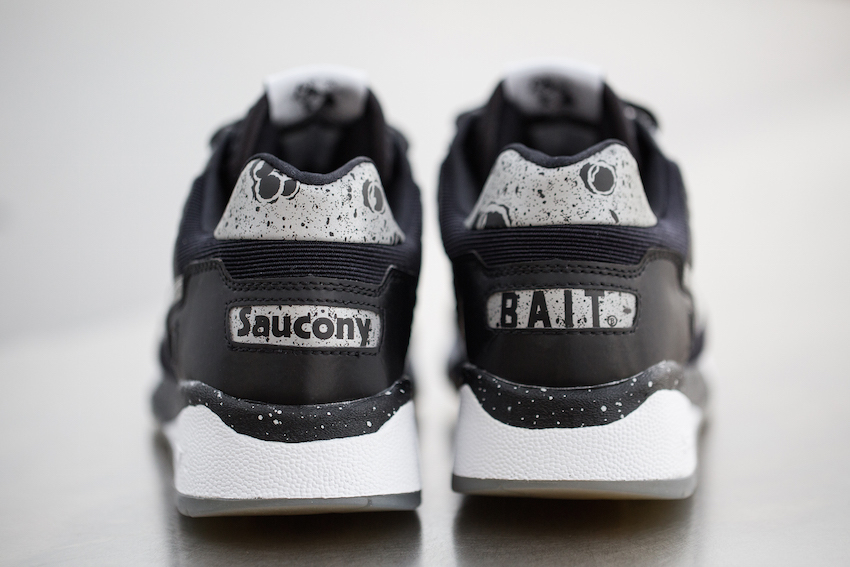 Retailing at RM439, the BAIT x Saucony Shadow 5500 Cruel World 6 ‘Giant Leaps’ is available at Sole What One Utama. More from Sole What here.